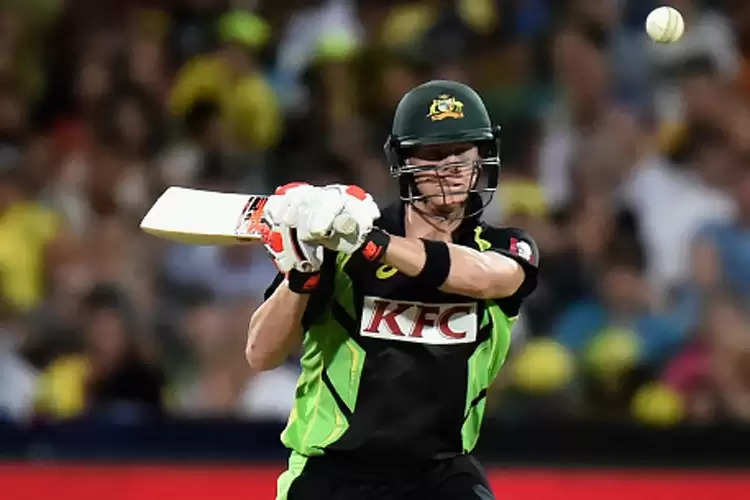 Smith is at a crossroad with his T20I game, having the backing of the management but not the tools to keep his case going.

Despite the magnificent upsurge of Mitchell Marsh as a powerhitter at No.3 and the astonishing rise of a T20 maverick in Tim David, Australia enter their brief but critical trip to India keen on igniting Steve Smith, the shortest format player.

The think-tank wants to persist with Smith, eyeing him as a versatile cog in their wheels, someone who can adhere to their middle-order demands against spin but also be the 'Mr Fix-it' when needed to arrest a top-order collapse. On the looming tour of three T20Is, he is set to bat at No.3 in Marsh's absence.

"Most likely he'll bat at three in this series with Mitch Marsh being out," skipper Aaron Finch was quoted as saying prior to the series opener in Mohali on Tuesday (September 20).

"We know the quality that Steve's got. He's one of the best players that has ever played the game over all formats of the game. So we know the skill that he's got and the game sense and the tactical nous that he's got."

"So we're really confident that regardless of what role he has to play within the structure of the squad, that he can do that very, very well."

While Finch & company continue to back their tried and tested horse for the long versions even in T20Is, the reality of Steve Smith's career heading into this India series tells the tale of a longstanding failure. Partly due to his own poor returns and partly down to the growing competition for middle-order spots, Smith has been carrying a wave of dispensability about him in T20Is.

Finch wants Smith to bat No.3 versus India, when that is a position he has been required to play just once in his last 12 outings since the beginning of 2021. An opportunity which also came his way only because Marsh was left out for balance issues versus England in Dubai for the T20 World Cup. In these matches, the right-hander has batted only eight times, producing a strike-rate of 107.20.

Smith has an overall career T20I strike-rate of 125.74 after 45 innings, averaging a middling 26.51. Budget for his image as a collapse arrester, that is still a low-down on satisfactory levels of performance needed for Australia to meet opposition eye-to-eye with Smith holding a crucial spot in their batting order.

In matches involving him, Australia have batted at an RPO of 8.40 while Smith continues to operate at just over 6, making him a liability to the team's pursuit of maximising each phase of the innings. In the middle-overs, which has been considered Smith's domain of expertise by Australian management, he has gone at only 6.86 an over, averaging a measly 27.40.

Another perception driven by his body of work in Tests and ODIs that has kept Smith's T20I boat floating in the eyes of the Australian think-tank is his spin-handling abilities. The reality of the player's career - spin SR of 108.77 at 23.25 runs an innings - suggests not of a sustained boat but one of a sinking ship.

When Smith travelled to Bangladesh, India and UAE as their perceived spin master for last three T20 World Cups, the player came up with 152 runs @ 25.33, carrying a strike-rate of 108.57. One of the keys to Australia's impressive title win in the Middle East was ensuring they had a Smith-upgrade at No.3 to cater to their needs, with Marsh blasting his runs at 146.82 while averaging 61.66, including a match-winning 77* in the final.

If Smith is there to mend early collapses, he is making a poor feast of it with that average. And if he is desired to fulfil Australia's middle-overs wishes, the player has been letting the team down consistently with that strike rate. Either way, he is not doing justice to the trust showcased in him by the Australian skippers and coaches.

As damning a statement as those numbers are on his lack of tools to sustain at the T20I level, Steve Smith's problem is accentuated by diminishing game time in the middle. Plagued as his case is by the rise of Marsh at No.3 in T20Is, it isn't that Smith has managed to find favours in domestic T20s and bolster his claim to be an adequate replacement.

A bonafide Test match legend, his international commitments at the height of the Australian summer has meant continuous absence from the BBL, which has inadvertently robbed him of chances to upskill his T20 game before IPL travels to India. Smith has played only 24 BBL matches in a decade-long association with Sydney Sixers, leading to below-par returns and irregular presence in the IPL with Delhi Capitals. Smith has played only 8 games over the past two editions of the IPL.

But that is too simplistic a suggestion, with Smith being a protagonist of a chicken and egg situation when it comes to IPL chances and his performances. In his last full-fledged campaign with DC back in 2020, Smith, who was asked to up the ante by the Ricky Ponting-led think-tank, struck at 131.22 but failed to retain optimum levels of consistency, averaging 25.91.

In the season before that, he averaged 39.87 but struck at 116.0. Of his nine IPL campaigns, six of which have had 10 or more games, in only three he has managed to average past 30 while also recording a strike-rate above 130, leading to a largely unsatisfactory overall record: 103 matches, avg 34.51, SR 128.09. While Smith has pleaded for IPL opportunities, he hasn't been able to grab them with both hands when they have arrived.

All this leaves Steve Smith in a corner, needing a strong set of three matches in India over the coming week to give himself more breathing space. Or be prepared to face the axe for a home T20 World Cup, for only so long could Finch and company will be able to ignore his struggles and keep the faith going without truly recognising the team's needs.