Virat Kohli was at his aggressive best after David Warner was dismissed off Wanindu Hasaranga while attempting a switch hit.
By Rohit Sankar Sat, 16 Apr 2022 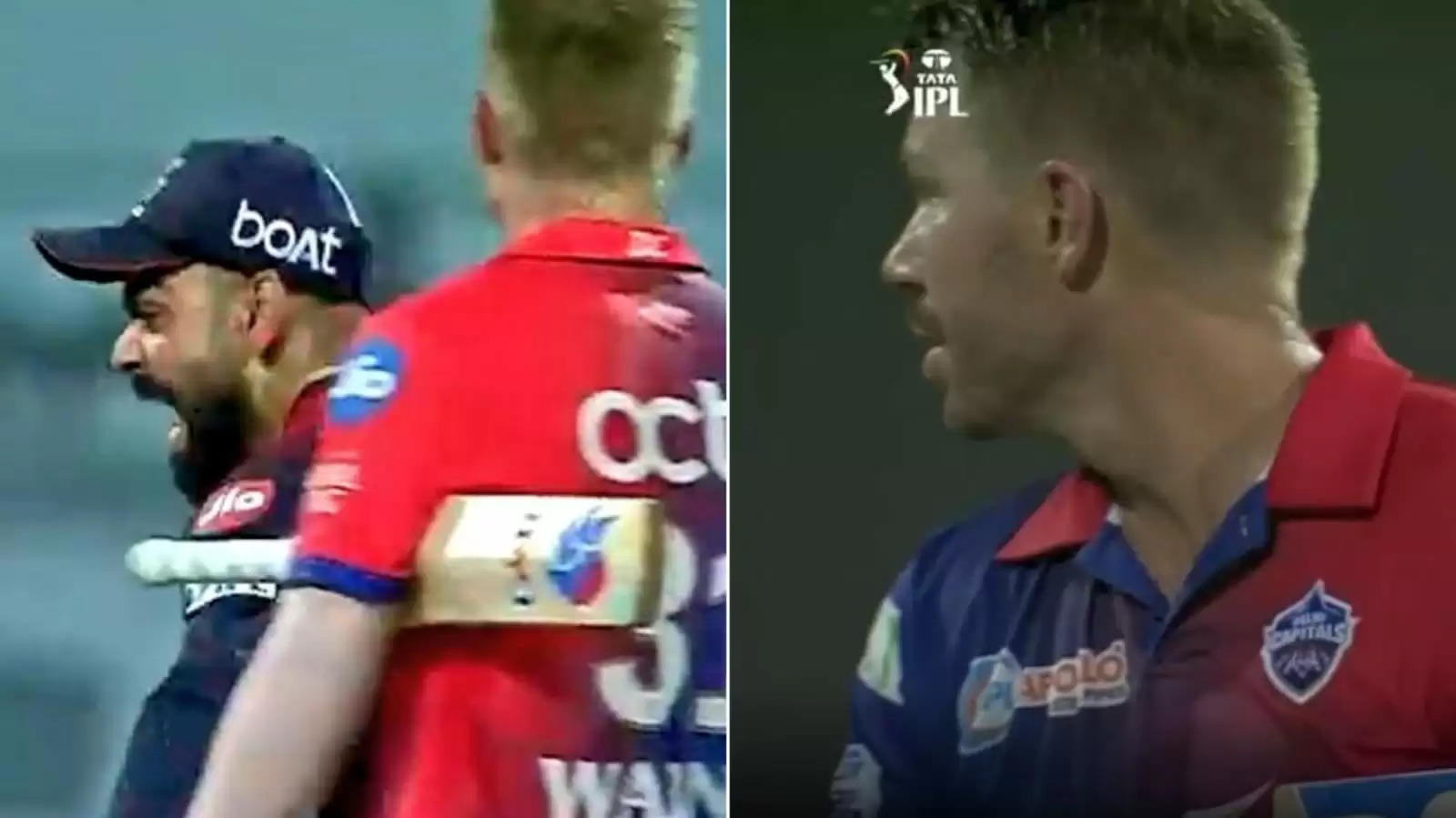 Fans reacted wildly on social media as the Virat Kohli of old, aggressive and in-your-face, made an appearance again in the DC v RCB game after David Warner dismissal.

Virat Kohli was seen celebrating right in front of David Warner's face after the Australian was given out LBW post a DRS review by Royal Challengers Bangalore. DC had gotten off to a great start courtesy Prithvi Shaw and Warner with the duo putting together a third-successive fifty-run opening stand.

Even as RCB managed to dismiss Shaw, Warner continued in the same vein, taking on the bowlers with disdain and threatening to single-handedly chase the target down for Delhi Capitals. At this stage, Wanindu Hasaranga entered the picture and off the leggie, Warner tried a switch hit only to rapped on the pads.

While RCB were vociferous in their appeal, there was no response from the on-field umpire, prompting Faf du Plessis to go for the review. Virat Kohli was seen animated in the RCB huddle after that as the DRS call went, mouthing a few words in David Warner's direction.

As the replays showed Warner was trapped in front, Kohli ran across so Warner could see and celebrated right in front of his face in his usual extravagant manner, prompting Warner to look back and murmur something in the direction of the RCB player.

ALSO READ: Kohli run out for a second time in IPL 2022

While Virat Kohli was run out by a direct hit from Lalit Yadav, Warner's knock proved to be pivotal as he laid the perfect foundation for the Delhi Capitals middle-order to capitalise upon.

Hasaranga gets David Warner and Virat Kohli giving him a send off. That aggression,so good to see him as he was always. 🔥 pic.twitter.com/gurJEIk2yb

Man, Kohli and his passion are like 2 separate entities 😂

Watching my 1st IPL game, just in time to see Warner get out and Kohli go full Kohli! Love this guy! Love his intensity, no matter the game:)

Kohli had nothing to do with #Warner’s wicket (credit goes to #Hasaranga and #duPlessis), so why is he celebrating wildly as if he was the one that got Warner out?!#RCBvsDC