What is the unique mask-like shield Rishi Dhawan is wearing on his face in the PBKS vs CSK IPL 2022 match? 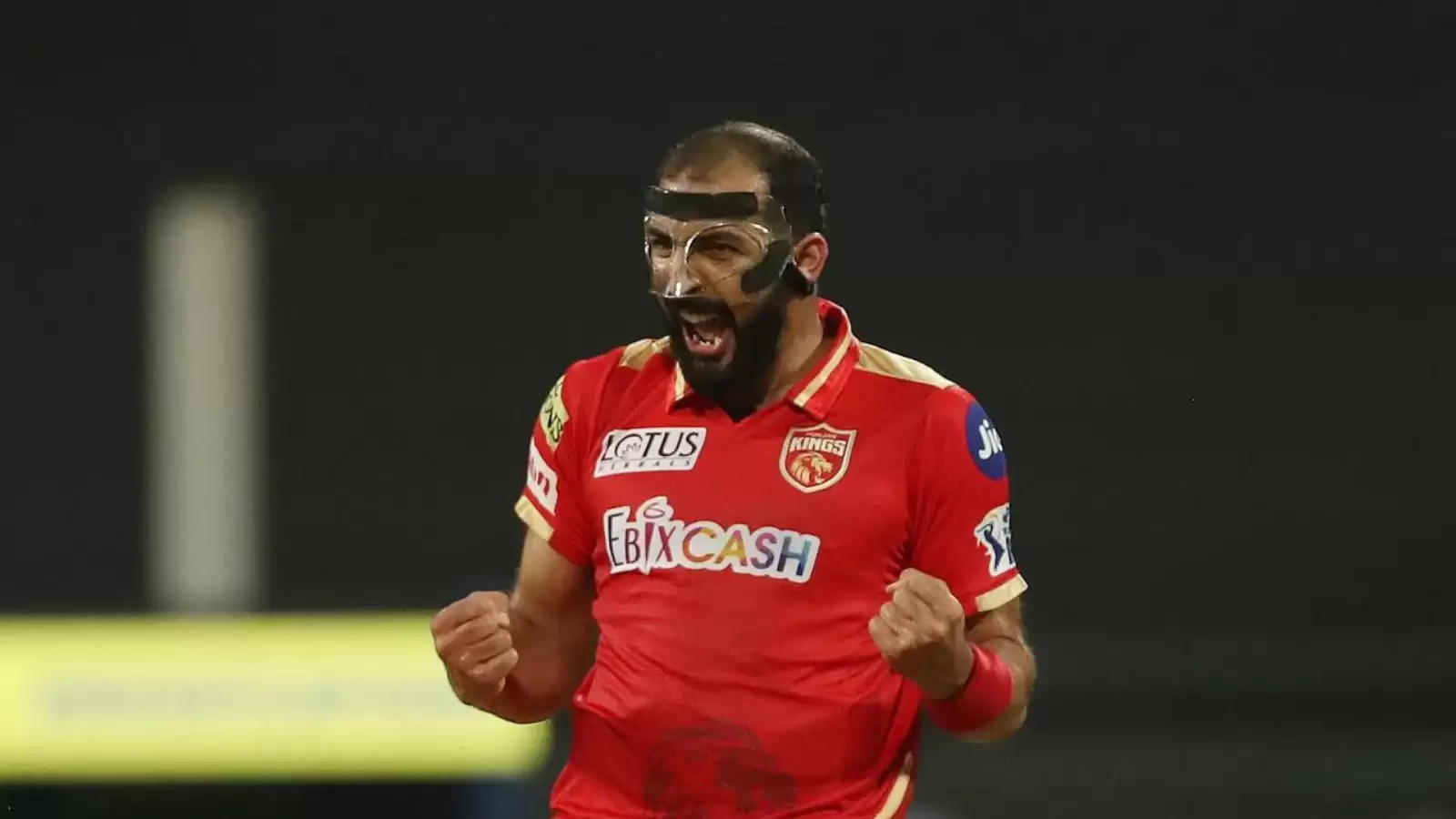 Rishi Dhawan is returning to the IPL after five long seasons and had to sit out the first few matches as he was recovering from a surgery, but played the PBKS vs CSK game in IPL 2022 on Monday. The Himachal Pradesh all-rounder, who plays for Punjab Kings, had a fruitful season in the Vijay Hazare Trophy and Syed Mushtaq Ali tournament and was picked up in the mega auction by Punjab Kings to balance their side.

The 32-year old drew attention on his comeback game in the PBKS vs CSK IPL 2022 fixture for wearing a unique face shield. While no one's quite sure why he was wearing this, the commentators discussed this as a possible reason to avert straight balls smashing into his face. Apparently, according to a few, Rishi Dhawan also has an injured nose, one that he dislocated when a ball hit him during practice. The mask is to protect the nose after the surgery.

But it is also stated that this is a result of him being hit on the head of a return shot during the Ranji Trophy.

Rishi Dhawan is the man of firsts. He is the first bowler to be wearing a protective mask in #IPL. As @venkatatweets shared he was hit on head in follow through during Ranji Trophy. It should become a normal now since I’ve seen a lot of bowlers getting hit in the follow through pic.twitter.com/jPDZLJdu07

The injury delayed Rishi Dhawan's return, but he was hopeful ahead of the game that he could make it count.

“It was absolutely a low phase for me because, I’d worked so hard to make a comeback and I finally got a chance in the IPL after 4 years," Rishi Dhawan said in a video shared by Punjab Kings. I performed well in domestic cricket. I tried continuously for 3-4 years to make a comeback so I was a little scared wondering whether I’d miss out on playing due to my injury.

“But this happens in cricket. Sometimes we’re happy and other times we’re sad. My experience has helped me realize that there will be ups and downs,” Dhawan added. The all-rounder is positive about making a mark at the IPL this season and says that he will utilize the opportunity to his best.

“I had kept myself mentally strong thinking that I would overcome this and make a good comeback. Everything’s gone well so far. I’ve missed four games but I hope that I prove myself whenever I get the chance and try to make a good comeback,” he concluded.

He sent back Shivam Dube after a good first over on his return and immediately drew attention to his comeback. But more importantly, the focus was on his unique face shield that has rarely been seen on a cricket field.

Here's how social media reacted to it.

Everybody is curious to know why he's wearing a mask - As per sources - Rishi Dhawan has a nose injury, dislocated it when a ball hit him during practice and had to go through a minor surgery. To protect it from any further risk of damage, he is wearing it. #PBKSvCSK #RishiDhawan pic.twitter.com/Aj5NID0AFI

Are Rishi Dhawan, for a moment I thought he wore a gas mask 😂

While the shield drew most attention, Rishi Dhawan is filling big shoes in the Punjab Kings line-up, replacing Odean Smith in the starting XI and expected to fulfill the pace bowling all-rounder slot. The Himachal Pradesh all-rounder had a fantastic domestic season and is hoping that he can use this season to step back into the big league.