Ajinkya Rahane, who was making a comeback after a long injury layoff, smashed a double-hundred against North-East Zone in the ongoing Duleep Trophy 2022.
By Kashish Chadha Fri, 9 Sep 2022 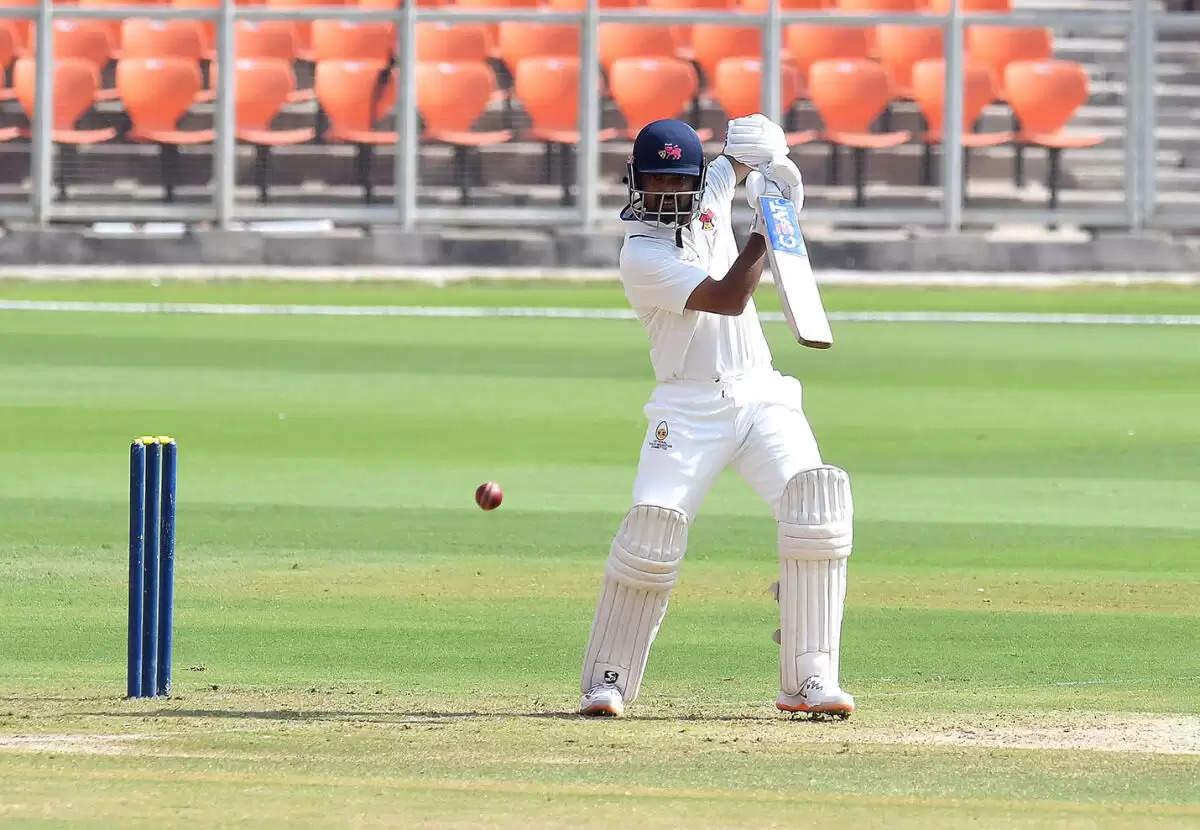 Ajinkya Rahane made a successful return from a long injury layoff, as he smashed a double-century against North East Zone in the Duleep Trophy on Friday.

Rahane walked in to bat at the fall of Prithvi Shaw's wicket, with West Zone's scoreboard reading 206/1. He looked in sublime touch from the word go, bringing up his fifty in just 63 deliveries. Then he went on to solidify his innings further and brought up his century in 135 deliveries, with a four of Kishan Singha's bowling.

The veteran India batter smashed six fours and three sixes on the way to a brilliant century at the start of the Duleep Trophy knock-out played in Chennai.  He bettered that further, getting to a double hundred, as did opener Yashasvi Jaiswal to help the side progress towards 600. The pair added 333 for the second wicket, before Jaiswal fell to Rongsen Jonathan for 228.

Facing an inexperienced opposition attack, Ajinkya Rahane exercised domination in his characteristic elegent avatar with the bat in hand, making an impressive comeback to the field.

Ajinkya Rahane returns with a bang for Mumbai

Ajinky Rahane underwent a layoff of more than eight weeks after playing for the Kolkata Knight Riders (KKR) in IPL 2022.

The India and Mumbai stalwart picked up a hamstring injury which ruled him out of KKR's campaign for India's premier domestic T20 competition after just seven matches.

Going through an extended rehab at the NCA in Bangalore, Rahane was not available for selection for India's fifth Test of the Pataudi Trophy against England in July, although the cricketer's claim for an India comeback was weak regardless of his injury.

The 34-year-old was dropped in the aftermath of the team's disappointing 2-1 Test series loss in South Africa in January, where he collected only 136 runs from his six innings at an average of 22.66 in difficult batting conditions.

Being out of sorts with his game for a while at the Test level, Rahane went through a sustained decline, averaging a horrible 24.08 in the pandemic years across 19 Tests and 35 innings for the country.

The Duleep Trophy is Ajinkya Rahane's chance to restrengthen the case for selection amidst the decision-makers, with the century against East Zone a fine start to his quest for a return to the Test side.