'What do you want me to do- sit out?' - KL Rahul on Virat Kohli opening in T20Is

Virat Kohli has scored all five of his IPL hundreds and his standalone T20I century for India at the top of the order.
By Kashish Chadha Fri, 9 Sep 2022 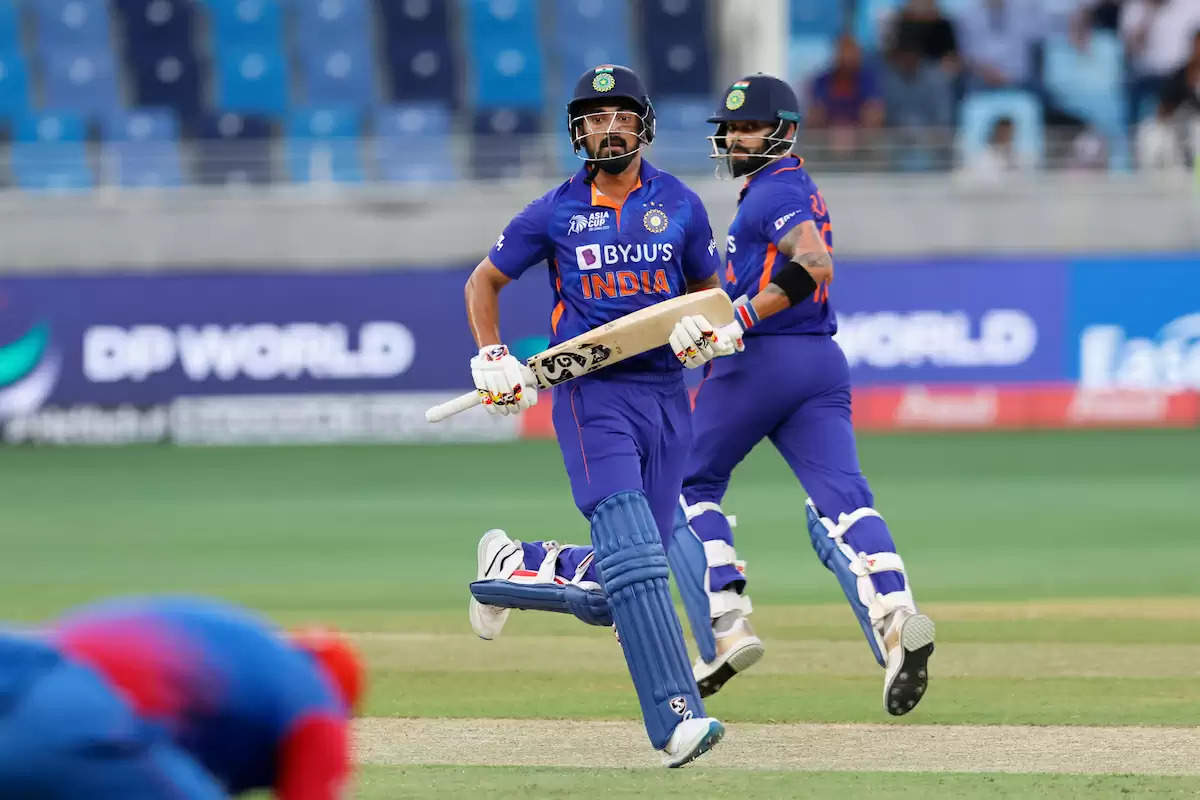 KL Rahul responded to a query whether Virat Kohli should open the innings in T20Is for India.

KL Rahul came up an interesting response when asked whether Virat Kohli should open the batting for India in T20Is. The Indian vice-captain faced queries from the media on Kohli after his breezy hundred at the top against Afghanistan in the Asia Cup 2022 on Thursday (September 8) in Dubai.

When asked if Kohli should stay at the top of the order even when regular skipper Rohit Sharma returns after resting the Afghan Super 4s dead-rubber, the stand-in leader gave a funny response and said: "what do you want to me do - sit out?"

As an experienced India cricketer and teammate, Rahul was evidently pleased for Virat Kohli's maiden T20I hundred for India but brushed aside the idea of him moving up the batting hierarchy ahead of the T20 World Cup.

The Indian opener said a player of Virat Kohli's calibre is capable of scoring big anywhere and need not specifically start off the innings for him to be able to get a substantial knock in the middle.

Virat Kohli has opened the innings for India on sporadic and limited occassions but has a large sample size of knocks played at the top for his IPL franchise Royal Challenge Bangalore (RCB). In his 84 innings as an opener for RCB, Kohli has made 2,972 runs at an average of 41.85 while carrying a strike-rate of 134.54.

All five of the batter's IPL hundreds have come as an opening batter and now his first T20I century for India, too, has arrived at the top of the order.

This led to a direct question mark for Rahul whether Kohli should move up and take on the new ball, facing pace inside the field-restriction phase to get going and set himself up for a long haul.

But the Indian vice-captain said Kohli need not be promoted in the batting order to score match-winning knocks for the country.

"You all know what Virat Kohli is like. It does not mean that he will score 5 centuries only as an opener. He can score 6 or 7 centuries even if he bats at number 3. It is all about defined roles in the team and today he played his role beautifully," Rahul told the reporters at the post-match press conference in Dubai.

"It is important for every player to get some time in the middle before the T20 World Cup. If you play well in 2-3 innings, you gain confidence, giving us the best chance to be our best self on the World Cup. So, really happy that he could play that way," he added.