Watch: Devon Conway adds fireworks to proposal in crowd with a six

Devon Conway hit Wanindu Hasaranga for a maximum, moments after the camera showed a proposal being held in the crowd.
By Kashish Chadha Wed, 4 May 2022 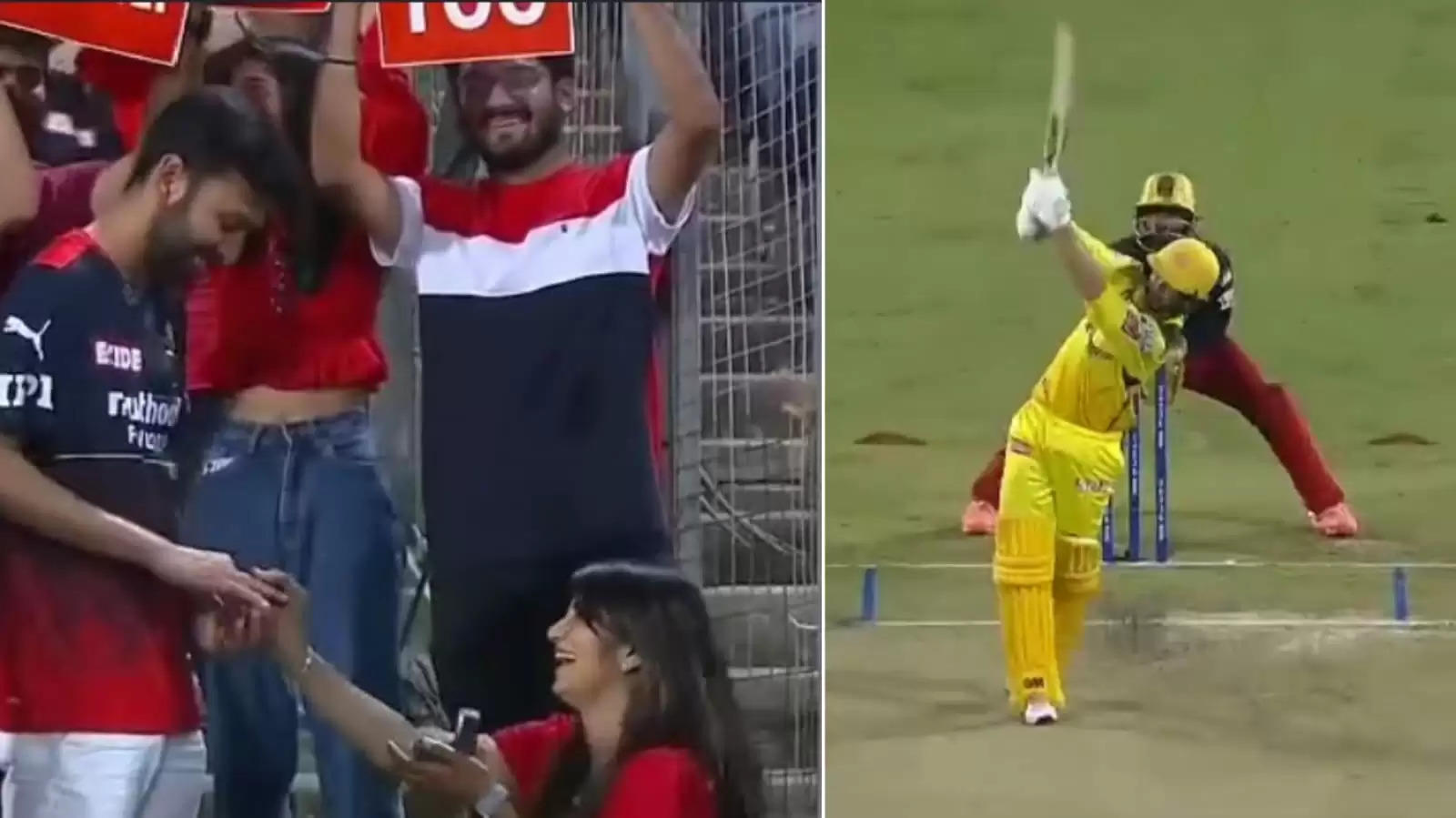 A proposal was seen inside the stands while Devon Conway went on to hit RCB spinner Wanindu Hasaranga for a maximum.

In an amusing scenes, the IPL 2022 league stage encounter on Wednesday (May 4) night witnessed an in-crowd proposal, before the cameras rolled back onto the field where Chennai Super Kings (CSK) opener Devon Conway got the ball sailing over the ropes.

A couple was seen proposing while the CSK left-hander went on the rampage and lit up the moment with a maximum that sailed over the deep mid-wicket boundary. Facing Royal Challengers Bangalore (RCB) spinner Wanindu Hasaranga, the batter danced down the ground and smashed the ball through the on-side.

It isn't confirmed whether the ball went to the extact stand where the proposal had taken place. But the effortless six from the bat of Devon Conway moments after that provided for some unexpected blend of entertainment for the viewers.

The six was seen on the final ball of the 11th over in CSK's run-chase against RCB in Pune, moments after cameras rolled onto a couple in the stands going through a proposal.

Batting well on 38 off 27 at the time, Conway shimmied down the track to reach the pitch of a delivery from RCB's mystery spinner Hasaranga and unfurled his beautiful downswing towards deep mid-wicket.

Timed to perfection, the shot went well over the ropes on the on-side and added six more runs to Conway and CSK's kitty, while they continued their quest to overhaul RCB's challenging score of 173/8.

The six hit against Hasaranga was the second one of Devon Conway's highly impressive knock for CSK on the night. With his team needing the Kiwi opening batter to provide them a strong push at the 174-run target, Conway made an explosive 56 off 37 balls, also featuring six fours.

In a stop and start season, Conway seems to be finally coming into his own with the bat in hand for CSK, looking solid against both pace and spin for the three-time champions. The New Zealand batter will be hoping that the knock against RCB opens doors for a run of good scores to his name.