Virat Kohli was the first person to congratulate Harshal Patel for his big pay day at the mega auction for IPL 2022.
By Kashish Chadha Tue, 26 Apr 2022 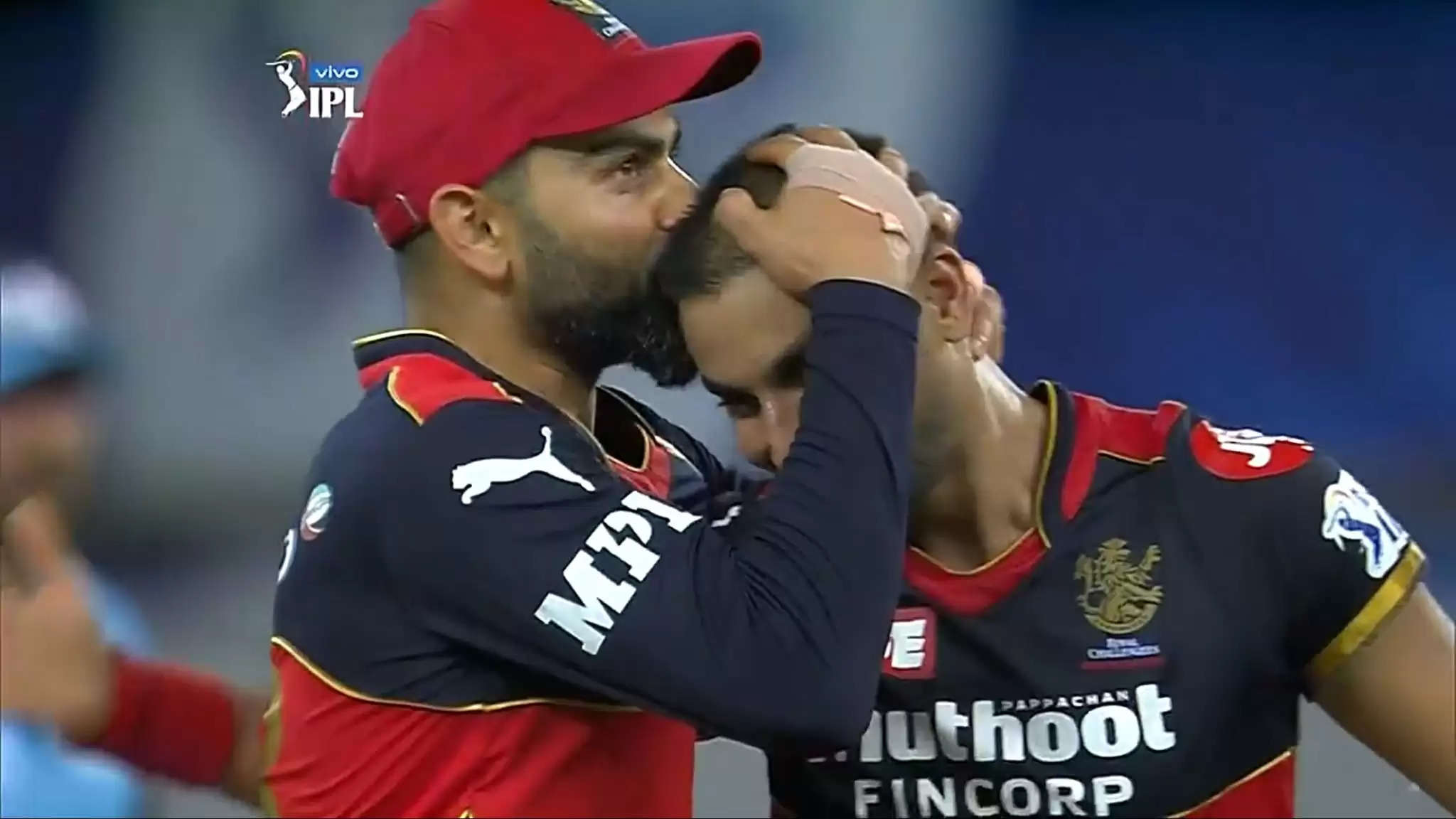 On his return to RCB colours in IPL 2021, Harshal Patel bagged 32 wickets to end with the 'Purple Cap' under Virat Kohli's captaincy.

Former Royal Challengers Bangalore (RCB) skipper Virat Kohli was the first person to congratulate Haryana and India pacer Harshal Patel after the franchise bought him back at the keenly followed IPL 2022 mega auction in February.

RCB repurchased their right-arm seamer for a whopping INR 10.75 crores at the bidding war, a just reward for the player for taking an unprecedented 32 wickets in the previous season and wearing the 'Purple Cap' to help Kohli's team make the playoffs.

Kohli termed the big pay day a "lottery" for the fast-bowler, something that Harshal Patel agreed with over the chat, reminiscing about it on famous YouTube show "Breakfast With Champions" hosted by Gaurav Kapur.

"I was in the room (2022 Auction time) and I got a message from Virat Kohli, ‘Congrats on winning the lottery’. I said ‘yeah bro, won the lottery. Way beyond my expectations. And he said ‘Yeah, very well deserved’," recalled the 31-year-old fast-bowler, who said it was a moment of gratification for all the hardwork he has put in.

"You’ve given the prime of your life to something, and then it bears fruit after so much up and downs, that is the most gratifying thing for me."

Also Read - 'If one f**k you comes, give them three back' - Ravi Shastri reveals his advice to Team India before Australia tour

Watching the mega auction from his hotel room while with the Indian T20I team during the West Indies series in mid February, Harshal Patel said his latest experience of the bidding war was vastly different from the previous years.

The RCB camp instantly raised their paddle and went in wholeheartedly to try and secure Patel's services again, which was a unique feeling for the Haryana quick, who had seen rejection and only base-prize bids before.

Once the auction prize went above the 6-7 crores mark, the pacer told his wife fondly that whatever he earns at the bidding war from that point on is hers.

"And then it went beyond 6-7 Crores, my wife had told me it’ll become double figures. I said whatever is above 7 cr is yours," Harshal Patel said.