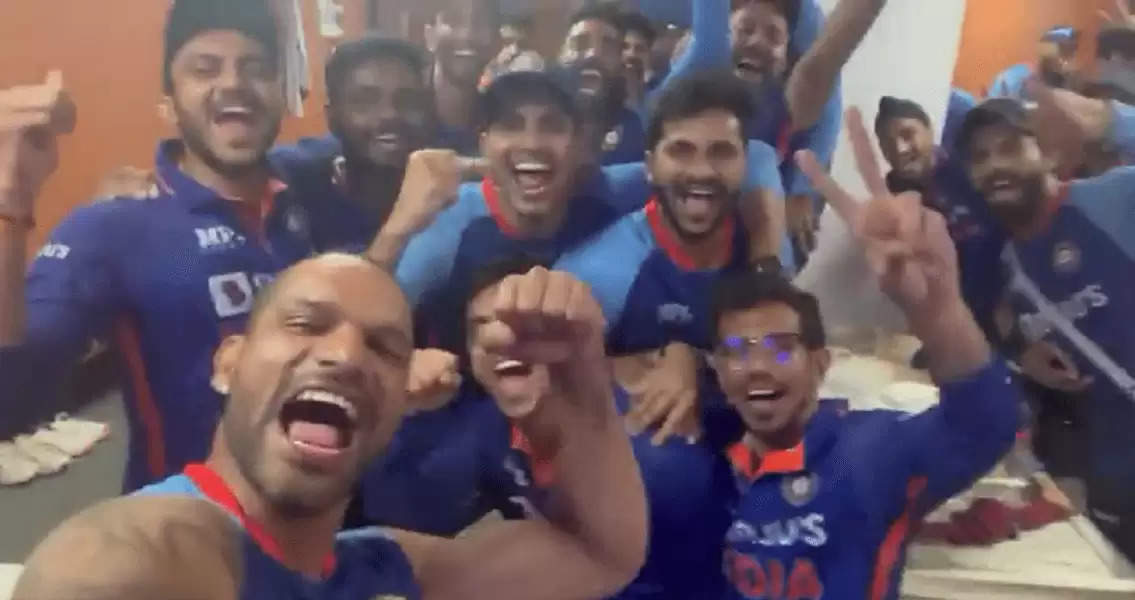 India celebrated their series-sealing victory over the West Indies in the second ODI of the three-match rubber in Trinidad on Sunday (July 24).

The visitors clinched another high-scoring thriller against the Calypso Kings at the Queen's Park Oval in Port of Spain and made it a point to celebrate their two-wicket victory inside the dressing room.

Stand-in skipper Shikhar Dhawan shared a clip of the Indian team's celebrations post the win, with the tourists' young squad joining him in a huge shout to announce themselves champions at the end of another series win for the country.

Dhawan led the bandwagon with "come on!!!" before the rest of the Indian players joined in and raised their voices in a jubilant manner.

Shikhar Dhawan shared the clip with India's large fanbase on Monday (July 25) after the win, sharing it with a nice caption. "Talent wins game but teamwork and intelligence wins championship!" Dhawan tweeted, before lauding his players for their hardwork and team effort.

One of the players standing behind Dhawan in the celebratory mode was spin allrounder Axar Patel, without whom the win won't have been possible. Walking in at No.7 with his team 205/5, needing another 107 runs with just over 10 overs remaining in the innings, Patel smashed a match-winning 64 not out off 35 deliveries.

The left-hander produced his career-best ODI knock when India had their backs against the wall, hitting 3 fours and 5 sixes in an innings where he maintained an eye-catching strike-rate of 182.86.

One of Patel's maximums came in the final over where he sealed the deal by dispatching a full-toss from medium fast-bowler Kyle Mayers down the ground.

Before his rescue act with the bat, he came up with a controlled nine-over spell of 1/40 to help restrict a rampaging West Indies batting unit to 311/6 in their allotted 50 overs.

Patel gave himself more breathing space in the set-up where he is eyeing the backup spin allrounder's role to Ravindra Jadeja.