The Indian Women’s Cricket Team have qualified directly for next year’s ICC Women’s Cricket World Cup which has been scheduled to take place in New Zealand, commencing from the 6th of February. India had to play the Qualifiers in Sri Lanka earlier in 2017 to be a part of the previous edition of the World […]
By Rajarshi Das Wed, 15 Apr 2020 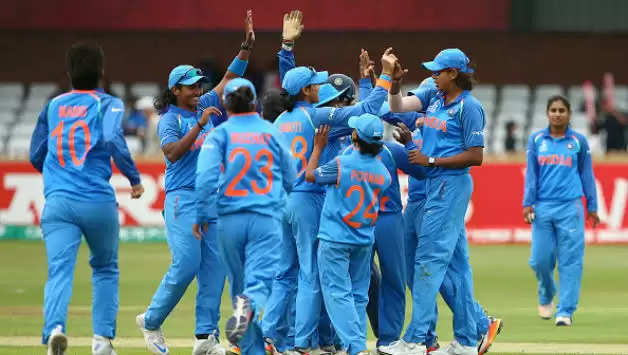 The Indian Women’s Cricket Team have qualified directly for next year’s ICC Women’s Cricket World Cup which has been scheduled to take place in New Zealand, commencing from the 6th of February.

India had to play the Qualifiers in Sri Lanka earlier in 2017 to be a part of the previous edition of the World Cup, as they refused to play the scheduled two 3 match ODI series against Pakistan home and away due to political reasons, which ultimately cost them the required points for direct qualification.

: India qualify for the ICC Women’s Cricket World Cup 2021 to be played in New Zealand. #TeamIndia

India join the hosts New Zealand, defending champions England, South Africa and Australia by achieving a direct place in the tournament after the ICC announced that:

“The Technical committee(TC) has decided that teams will share points in all three series in the ICC Women’s Championship that did not take place during the competition window (2017-2020).”

“The ICC Women’s Cricket World Cup Qualifier is scheduled to be played from 3-19 July in Sri Lanka, this is subject to review due to the COVID-19 pandemic.”

“The 10 teams vying for the three remaining places in the ICC Women’s Cricket World Cup 2021 will be the hosts, Sri Lanka, along with Pakistan and West Indies from the ICC Women’s Championship, the two other teams with ODI status, Bangladesh and Ireland, and the winners of the five regional qualifiers – Thailand (Asia), Zimbabwe (Africa), Papua New Guinea (East Asia Pacific), United States of America (Americas) and Netherlands (Europe).”

On the subject of the postponement of the India v Pakistan ODI series, the Technical Committee added:

“The India-Pakistan series was originally scheduled in the sixth round of the competition, between July and November 2019, but despite the best efforts of both Boards, it was unable to take place,” the release added.

“In respect of the India v Pakistan series, the Technical Committee concluded the series could not be played because of a Force Majeure event after the BCCI demonstrated that it was unable to obtain the necessary government clearances to allow India to participate in the bilateral series against Pakistan that forms part of the ICC Women’s Championship.

“Meanwhile, two other ICC Women’s Championship series have been cancelled due to the COVID-19 pandemic. South Africa were to host Australia and Sri Lanka were to host New Zealand in the last round of matches.”

The Mithali Raj led Indian side surpassed everyone’s expectations in the 2017 edition of the World Cup and entered the final for the 2nd time in their history, beating a star studded Australian side, where they agonizingly lost to the hosts England by 9 runs at Lord’s.

Since then, they have won 10 and lost 8 out of 21 ODIs that were to be played in the ongoing cycle of the ICC Women’s Championship. The last time they played ODI Cricket, they beat the West Indies 2-1 after coming from behind, losing the 1st ODI by a solitary run.

While this may seem like a boon to most of the Indian Cricket fans, it also confirms the concerns that the two legendary veteran Indian Cricketers Mithali Raj and Jhulan Goswami have had, regarding the time for preparing for a tournament of such high magnitude. Domestic tournaments such as the Women’s One Day League and the Challenger Series, and the Women’s World Cup Qualifiers in Sri Lanka were already postponed, and now that the Indian team directly gets to play the World Cup without playing the remaining matches in the Championship cycle, makes the situation tougher for the two Cricketers, given that both of them have quit T20 Cricket to focus on ODI Cricket. Mithali confirmed the same while speaking to the Times of India.