Ishan Kishan was out in a bizarre fashion in the MI-LSG IPL 2022 league-stage encounter in Mumbai.
By Kashish Chadha Sun, 24 Apr 2022 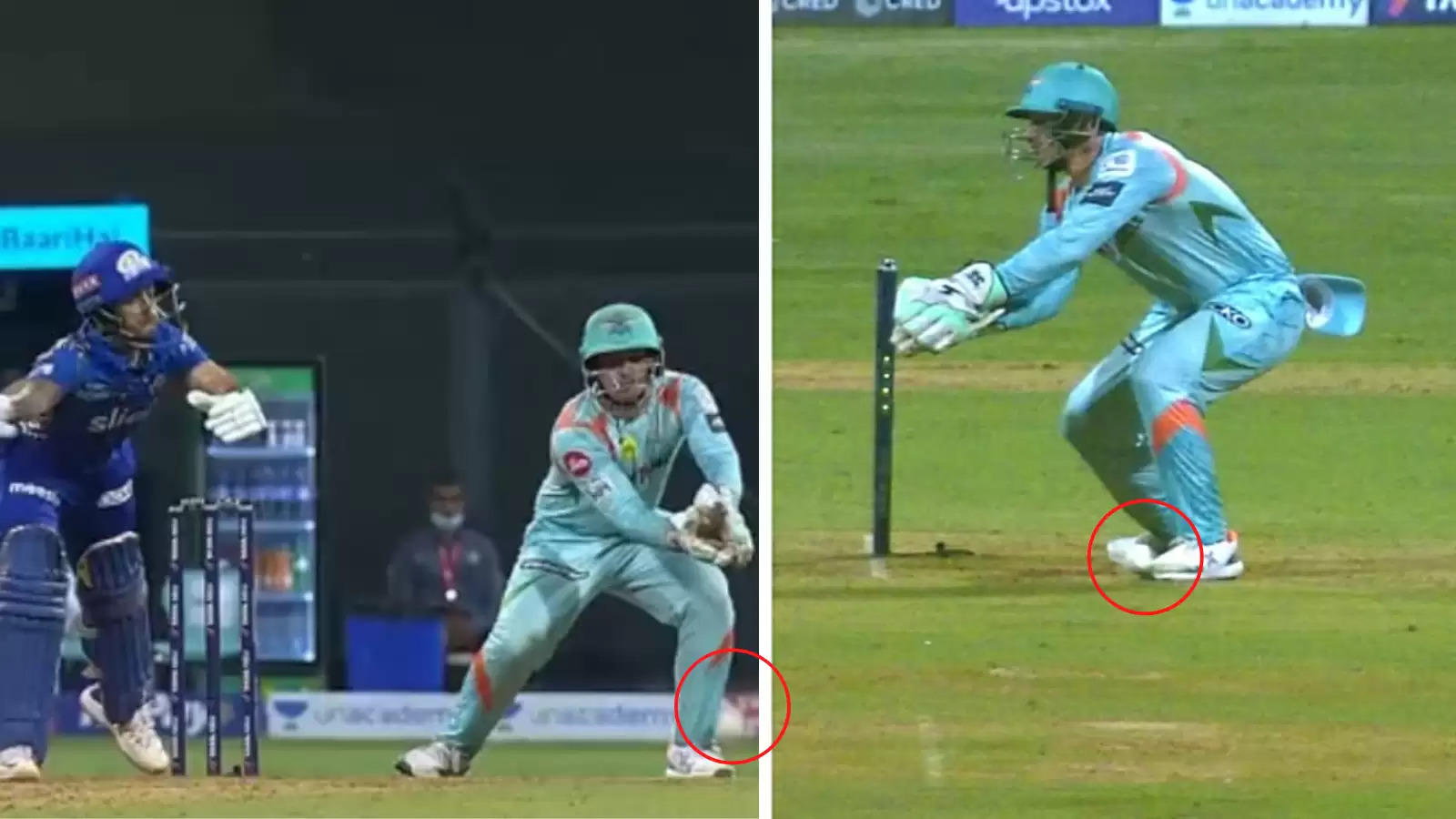 Ishan Kishan's miserable stay in the middle was over via a strange dismissal, finding a rebound off the keeper's foot.

Ishan Kishan's miserable IPL 2022 continued for Mumbai Indians (MI) on Sunday (April 24), as the left-hander made a painstaking 8 off 20 balls in the league-stage encounter against the Lucknow Super Giants (LSG).

The wicketkeeper-batter couldn't put the ball off the square, finding absolutely zero timing and rhythm through his innings despite starting off inside the powerplay overs.

It was another failure for MI's high-prize bid at the mega auction for the season. In what has been a poor campaign with the bat for the youngster, he has made his 199 runs from 8 innings at a pedestrian strike-rate of 108.15, averaging a low-key 28.42.

Having said that, the batter's dismissal on the night was one full of great misfortune as he ended up caught off the keeper's foot following an inside edge on a ball wide outside the off-stump from LSG wristspinner Ravi Bishnoi.

The strange dismissal came to light at the start of the 8th over in MI's run-chase. Chasing the 169-run target, the five-time champions found themselves well set at 49/0 thanks largely to a fine hand from skipper Rohit Sharma.

At the other end, however, Ishan Kishan was struggling for any sort of flow to his innings and his misery was relieved by a piece of great misfortune.

In a bizarre dismissal, Kishan edged the ball onto wicketkeeper Quinton de Kock's shoe, before it rebounded into the hands of Jason Holder at first slip.

Finding a loose ball outside off-stump from Bishnoi, the left-hander shaped up to play a cut shot but could only find the inside edge. To salt to injury, the ball then jumped off De Kock's foot rather than landing on the turf and became a comfortable catch for Holder.

The timing of dismissal was such that MI wouldn't have minded it, as Ishan Kishan's stay wasn't at all helping their quest to overhaul LSG. But the team would be concerned with how one of their mainstays has been shaping up at the crease in the tournament so far.