Ishan Kishan has scored only 64 runs in his last six outings and his strike-rate during this period is also miserable.
By CX Writer Sat, 30 Apr 2022 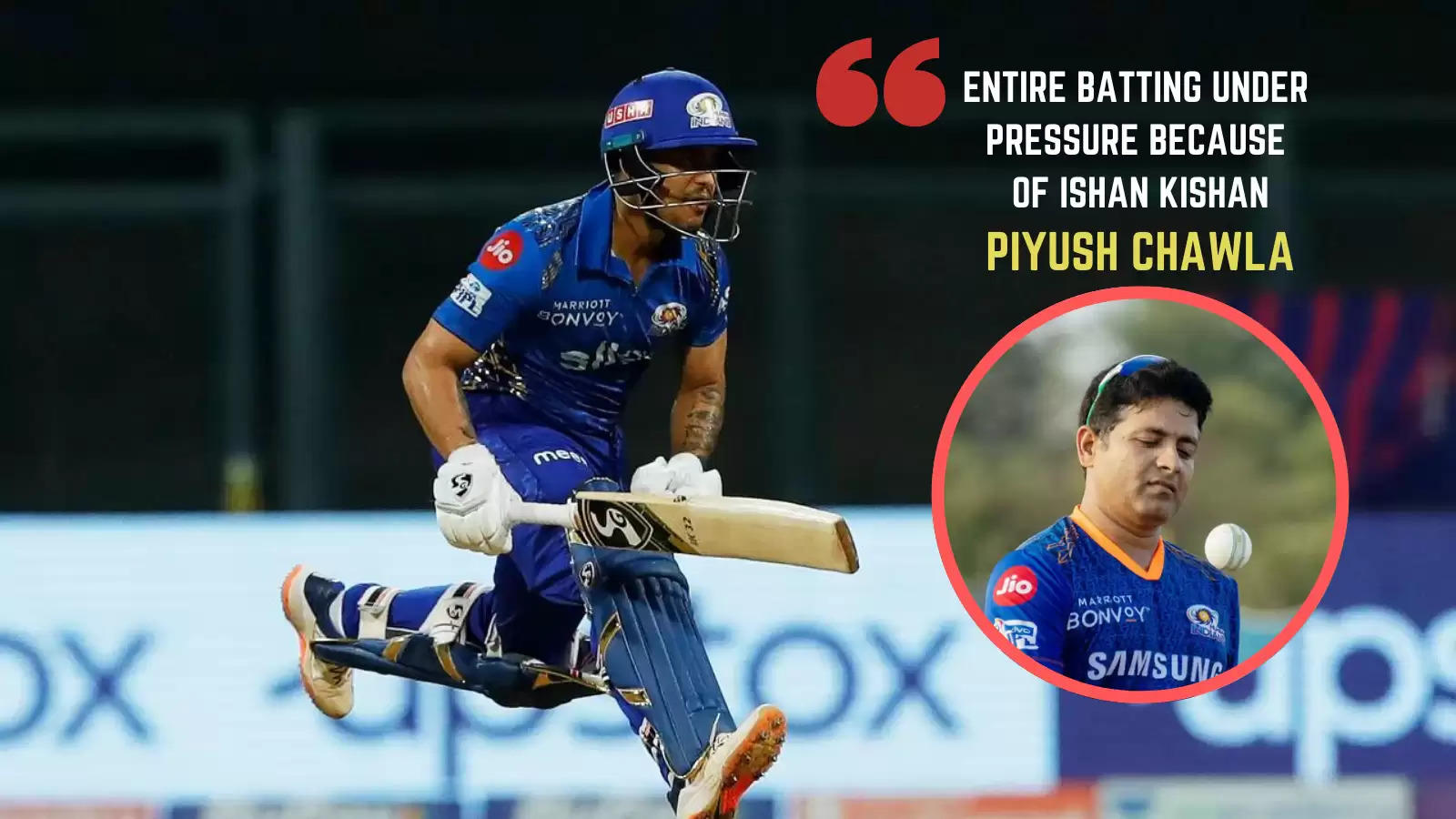 Ishan Kishan has struggled to even time the ball over the last few matches.

Mumbai Indians opener Ishan Kishan is struggling big time in the ongoing Indian Premier League (IPL) season. He was the most expensive player at the mega auction where the five-time champions bought him for INR 15.25 crore but the southpaw hasn’t been able to step up to his reputation.

Kishan started his tournament on a high smashing two consecutive fifties but has already lost all the steam. He isn’t timing the ball well either and has looked completely out of sorts especially while facing the new ball. If his 81 and 54 in the first two games aren’t considered, Kishan has only scored 64 runs in last six outings at a miserable strike-rate as well.

Perhaps in the previous game, he literally crawled to 8 runs off 20 deliveries which highlights his struggles this season. His poor form has left India cricketer Piyush Chawla worried. The leg-spinner feels that Kishan bats his best while opening the innings but is surprised that the left-hander is eating up a lot of balls and getting out without scoring many runs.

“See, whatever I've seen of Ishan, opening is his best slot because he plays his best cricket there. It is a phase that can happen with any batter. Although he made a good start in the first two matches, he has gone into a shell after that. I have never seen him like this. Either he gets out or scores runs.

“But here he's playing a lot of balls and not scoring runs either. So because of that, the entire batting unit come under pressure and Rohit has to cover that. Rohit is a type of batter who plays till the 14th-15th overs but when runs don't come from one end, he has to take risks which bring mistakes,” Chawla said while speaking to ESPNCricinfo.

Piyush Chawla also felt that Ishan Kishan shouldn’t worry about anything and just go and express himself in the coming matches. He also pointed out the way the youngster batted in the first two games where he scored half-centuries.

“I'll want him to play the way for which he has been selected in the team. He's anyway getting out, so he should, at least, go out there and express himself and play freely like he's known to do. It was fun to watch him bat in the first two matches but now he seems under a lot of pressure. He should just go and express himself and enjoy the moment,” Chawla further added.