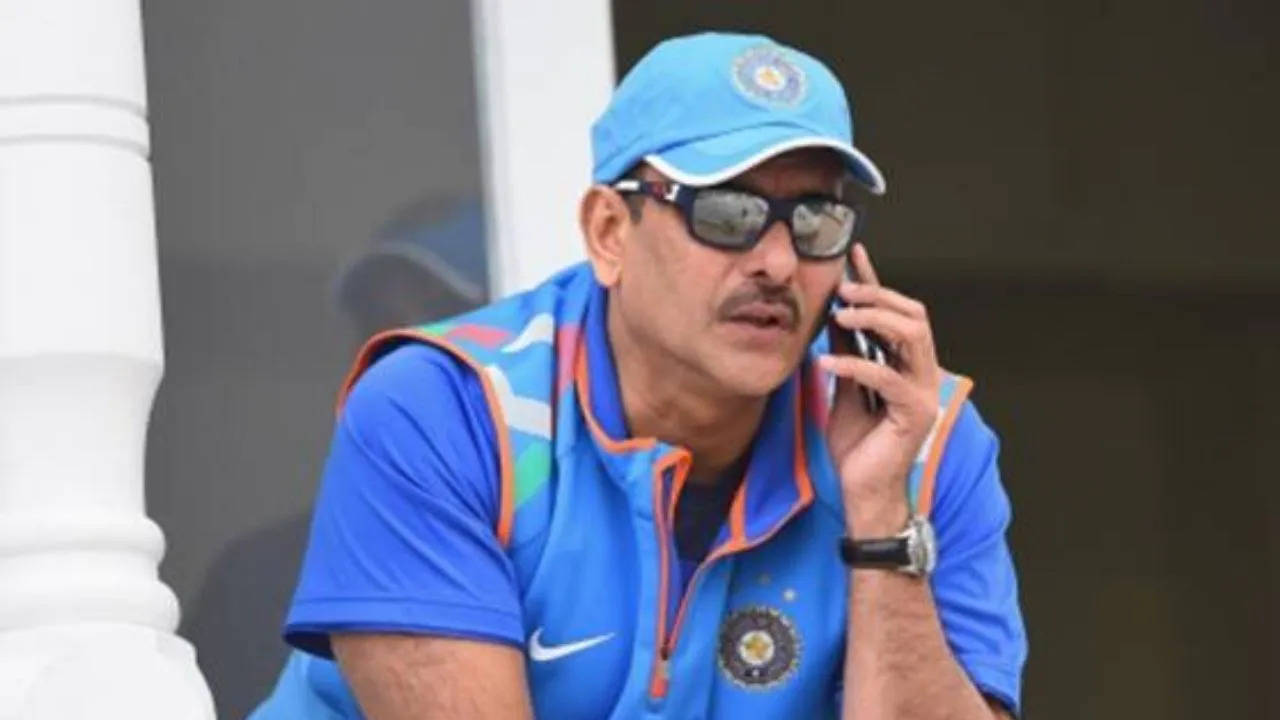 Ravi Shastri was appointed as full-time head coach of team India in 2017 and his tenure went on till T20 World Cup 2021.

Former India head coach Ravi Shastri is back in the commentary box where he was on a regular basis until 2014. That was the year when he was suddenly made the manager of team India with the side losing the Test series in England, for the second consecutive time. Duncan Fletcher was the coach and even he was told to report to Shastri.

Interestingly, during the same tour, Shastri was in the commentary box and he had to leave that job, all his commitments to join team India on an urgent basis. Recalling the moment in an interview with The Guardian, Shastri has revealed now that while he was on air, he had around seven missed calls and how the BCCI asked him to take over the reins right from the very next day mid-tour.

“I had no warning. I was commentating at the Oval during India’s [2014] tour of England and came off air to find six or seven missed calls. ‘Seven bloody calls? What’s happened here?’.

“[The BCCI] just said: ‘We want you to take over, starting tomorrow, at any cost.’ I told them I’d have to speak to my family and commercial partners but they just said they would sort all that out. And like that I was straight in from the commentary box. You’ll see when I joined the setup [during the ODIs], I was still in jeans and loafers. Instantly my job changed,” Shastri said while speaking to The Guardian.

Ravi Shastri also clearly remembers how he was given full authority to fire the people inside the dressing room and also hire whom he wants. In the aftermath of that disastrous Test series, BCCI had sacked the bowling coach Joe Dawes and fielding coach Trevor Penny while Bharat Arun and R Sridhar were appointed for the respective positions.

Soon Fletcher was also sacked from the head coach position and Shastri stayed with the team till 2016 before Anil Kumble was appointed full-time head coach. Interestingly, Shastri returned as head coach as 2017 post India’s loss in the Champions Trophy final to Pakistan.

“I was very firm when it came to team culture: all the prima donnas and all that shit, that had to go out of the window early. And you leave everything you said as a commentator behind. Park it. When I was the director of the team, it was about diagnosing problems: I was asked to hire and fire, whoever I wanted I could get in and whoever I didn’t could be shown the door,” Shastri added.

After being reappointed, this time as head coach in 2017, Shastri was at the helm until the last year and T20 World Cup 2021 turned out to be his last assignment with the national side.