'We had slingers throwing the ball at 160 kph from 16 yards, there was no dodging' - Ravi Shastri on India's preparation for the England tour

Ravi Shastri was India's head coach during their wins at Lord's and The Oval to secure an unassailable 2-1 lead in an unfinished series last year.
By Kashish Chadha Tue, 26 Apr 2022 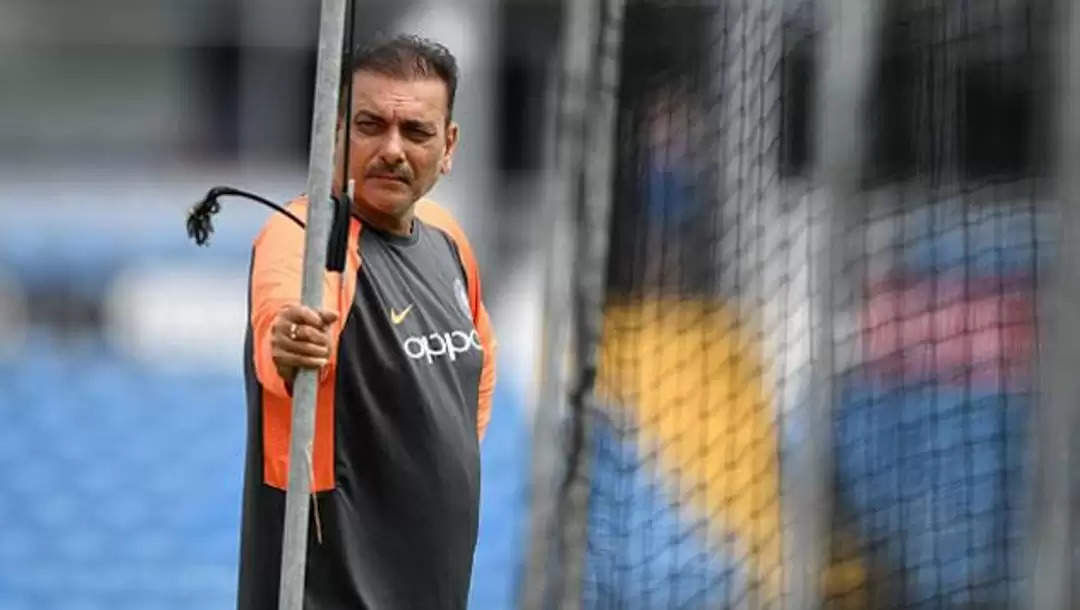 As India's head coach, one of Ravi Shastri's biggest triumphs was for the then Virat Kohli led side to make amends in England last summer. Having gone down 4-1 despite playing reasonably good cricket on the 2018 trip, the visitors turned the tables on the English and clinched victories at Lord's and The Oval to take an unassailable lead in a yet unfinished series.

More matured, and upskilled, Kohli's men played with greater consistency in either department, showing aptitude and resolve over long periods of time to tilt the scales their way. Both wins came after conceding a first-innings lead, which reflected the side's enhanced skill and the temperament to adjust and get back at their opposition like a wounded tiger.

Also Read: 'If one f**k you comes, give them three back' - Ravi Shastri reveals his advice to Team India before Australia tour

Speaking to the Guardian about the successful 2021 trip for the Pataudi Trophy, Shastri, whose tenure as head coach came to a close in November last year, said the team picked up learnings from their past failures and kept their ego aside in doing the hard yards as demanded by the conditions.

The former India allrounder advised his batters to play straight and leave the ball well, making the bowler go at them and give them scoring opportunities in the process. The suggestion to the bowlers, Ravi Shastri said, was to keep plugging away even if the ball keeps beating the edge and the frustration kicks in.

"Mentality and technique trump past records in domestic cricket. Get the first two right and the runs will come," said the 59-year-old as India head into the series' rescheduled fifth Test in July with a 2-1 lead, disclosing his team's planning and preparations for the tour last year.

"It was all about the preparation. We told our batsmen to leave their driving licence behind and learn to leave the ball. Make the bowler bowl to you and you’ll score. Be prepared to bat five hours to get a century in England, it won’t come in three and you’ll get out trying."

In a specific drill, Shastri says he got his batters to train against the slingers operating in excess of 160 kmph from 16 yards. He said no matter the name of the individual involved, it was a section of the preparation that everyone had to undergo. The then head coach mentioned the aim was to instil an important lesson and habit into his players, stating it was okay for them to look "ugly" against swing and seam as long they stuck at their crease and made runs.

"We also had slingers (coaches with dogsticks) in the nets smashing the ball in at 160kph from 16 yards. Guys had no choice. There was no dodging, I’d stand behind the stumps to make sure of that. No matter who the person was, he had to go through that. The slingers would seriously let it rip and guys would look ugly. But you are meant to look ugly in the nets. In England you have to grind and earn your runs."

Over five Test matches on the 2018 trip, India had England in deep trouble at various stages in Edgbaston, Southampton and The Oval, only for the notorious inconsistency to kick in and provide the hosts a breather of 30-40 runs which later came back to hurt them.

A higher level of consistency, sustaining pressure deep into their spells was one major improvement area for India's pace lot over the four Test matches of the 2021 tour, as they never allowed the Englishmen to breathe easy and get the scoreboard moving.

"The same with the bowlers, we told them to stick in because there is a five-wicket session at any given time in England and at Lord’s and the Oval this decided the result," Ravi Shastri said.

"And we knew winning in Australia or England wasn’t coming with spin, it was fast bowlers, guys with aggression like Jasprit Bumrah. We were instrumental in making sure that guy played Test cricket. You don’t even need express pace, you just need attitude."