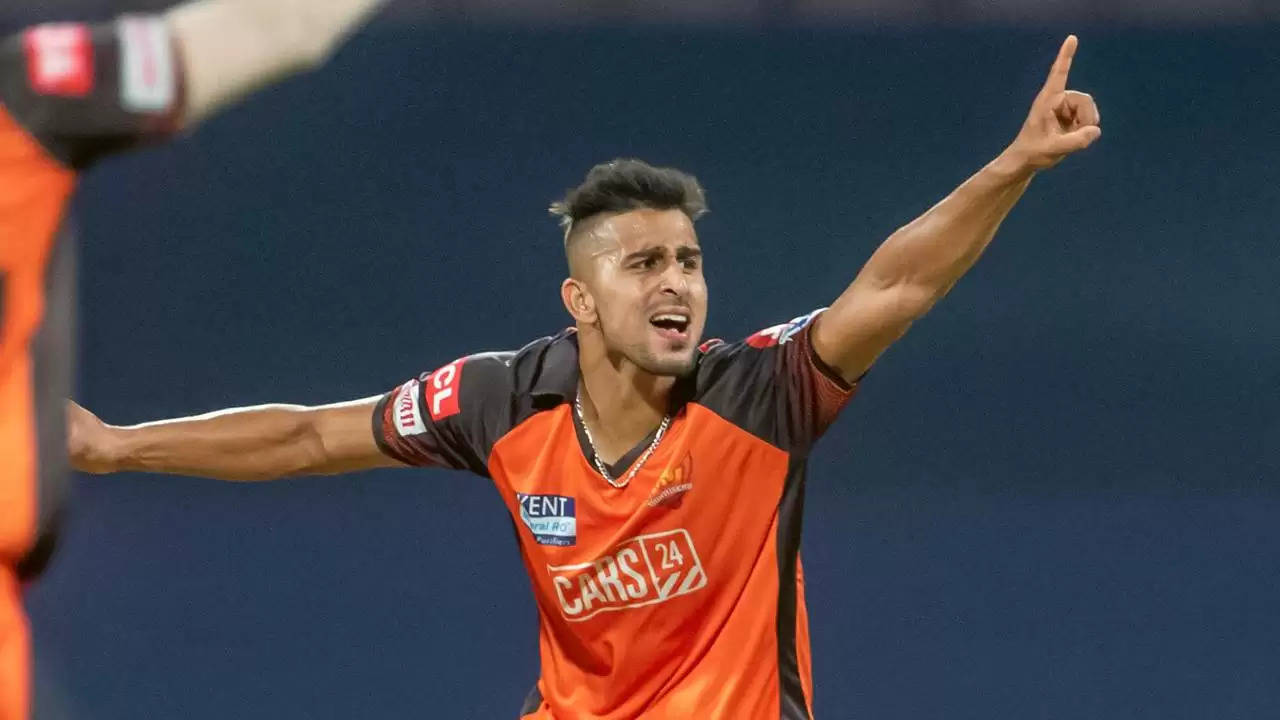 Umran Malik has turned a lot of heads in IPL 2022 picking 15 wickets and bowling above 150 kph regularly.

Sunrisers Hyderabad bowler Umran Malik is making the headlines with his express pace bowling in the ongoing Indian Premier League (IPL) season. He has also picked wickets for fun this season having accounted for 15 scalps so far and is also in the race to win the purple cap.

While many are crediting SRH and their bowling coach Dale Steyn for backing him, it was his first coach Randhir Singh Manhas who gave Umran his first chance to bowl in the nets. Umran, then 17-year-old, had arrived at the nets at the Maulana Azad Stadium in Jammu Kashmir without bowling spikes requesting Manhas to bowl at the first-class batter Jatin Wadhawan.

Manhas was impressed by what he saw as the 17-year-old kid hurried an experienced first-class player with his pace. J&K team’s senior pacer Ram Dayal also watched him and predicted a bright future then. The seeds of Umran’s success in the IPL were sown that very day when Manhas decided to back the young cricketer.

However, discipline was an issue for Umran Malik but it was Manhas who spoke to him about being serious and also sent him for U19 trials soon. Umran kept on impressing experts with his pace and was also picked for Cooch Behar Trophy.

“He would come one day and then remain absent for the next few days. We had to tell him that he needs to be disciplined about training as he cannot let opportunities go begging. I told him, ‘listen Umran, the day you play at the national level, you won’t have to look back. So be serious.’ I sent him to U19 trials where he borrowed bowling spikes and bowled. He was picked for Cooch Behar Trophy but got only one match and that too, rain truncated one against Odisha,” Manhas said according to Times of India.

Despite getting only a solitary match, that too spoiled by rain, to showcase his skills, Umran Malik managed to impress everyone with his pace bowling. Manhas recalled when one of the members who watched Uman bowl said that the wicketkeeper was literally standing 35 years behind the wicket when he was bowling.

“But those who watched him told me that the keeper was standing a good 35 yards behind the stumps, something that doesn’t happen a lot at U19 level,” Manhas added.

Fast forward to the present from those days, Umran Malik has certainly improved a lot and clearly, needs to be groomed well to play for India for a long time. He has already turned a lot of heads with his performance so far in IPL 2022 but needs to be consistently in order to go up the pecking order and make it to the national team.