RCB made a huge breakthrough in the eighth over when Harshal Patel had KL Rahul edging down the leg side, and DRS overturned the not out call, leaving Virat Kohli in ecstasy.
By CX Staff Writer Tue, 19 Apr 2022 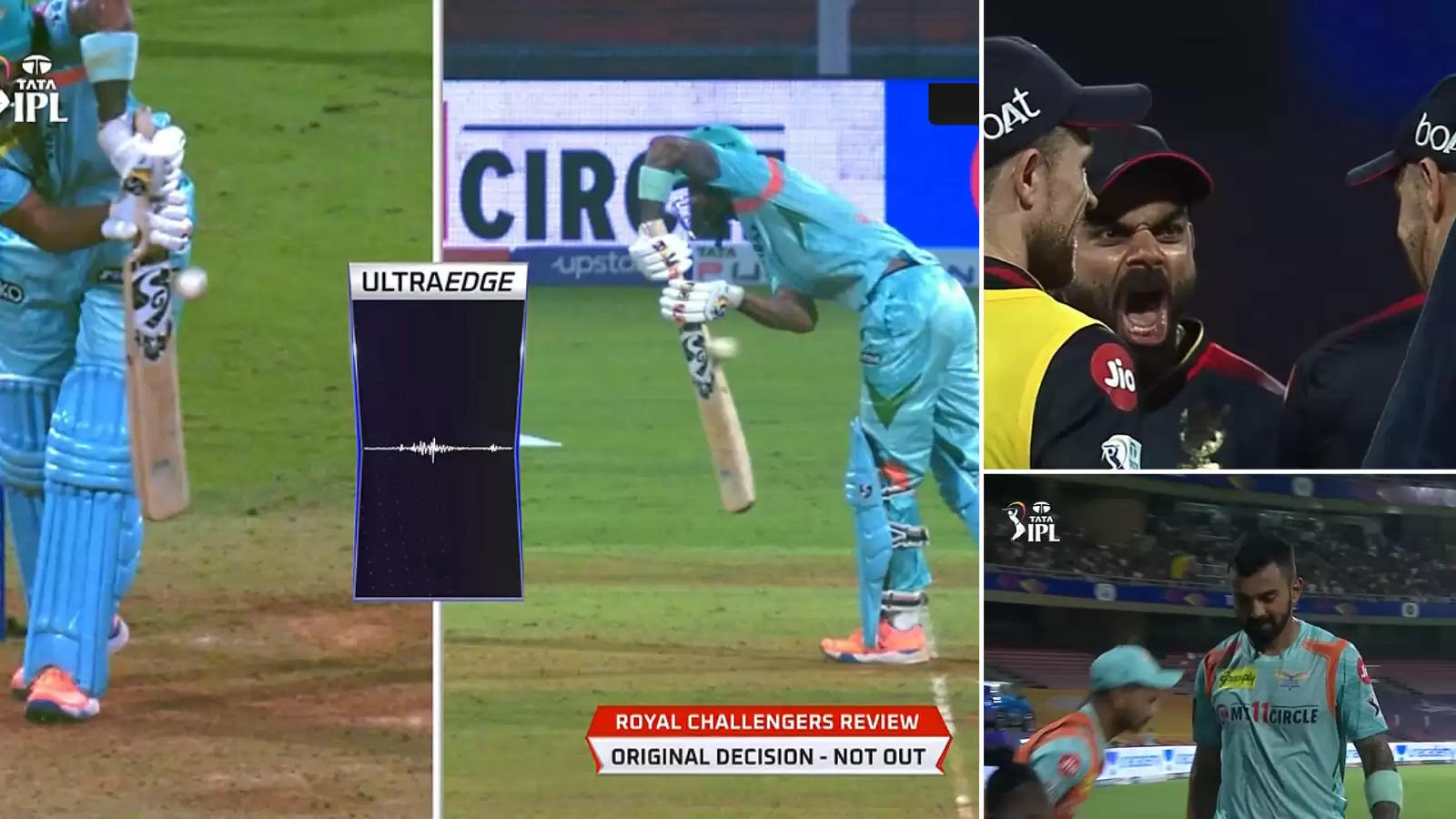 Virat Kohli was pumped up by the dismissal of KL Rahul in the 8th over in a major turning point in the LSG vs RCB IPL 2022 match.

Virat Kohli was in his elements despite the golden duck, giving India teammate KL Rahul a proper screaming send off after RCB called for a DRS review in the 8th over. Rahul was on 30 at the time when Harshal Patel bowled an innocuous delivery down the leg side. Rahul tried to nudge it through the leg-side, only to nick behind. Although the onfield umpire turned down RCB's appeal, Faf du Plessis went for the review after Harshal Patel's insistence.

Replays showed a small spike as the ball passed KL Rahul's bat. Although it was very minor and a section of fans argued that it wasn't a big enough spike to overturn the onfield call, Rahul was given out, much to Lucknow's disappointment. Rahul seemed unhappy with the call as he was seen gesturing at someone, possibly the non-striker, that the spike wasn't huge enough.

He eventually walked off with Kohli seen screaming in his direction from the RCB huddle even as Faf du Plessis held Kohli back.

RCB had put up 181/6 batting first despite losing Virat Kohli for a golden duck in the first innings. Faf du Plessis compiled 96 in 64 balls to carry the RCB innings till the end and propel RCB to a good total. In reply, Lucknow Super Giants lost Quinton de Kock early, but KL Rahul stood through despite Manish Pandey also falling early.

This was until the 8th over when Harshal made the crucial breakthrough to give the game a major turning point.