Yuzvendra Chahal entered the list of bowlers to have taken a hat-trick in IPL cricket.
By Kashish Chadha Tue, 19 Apr 2022 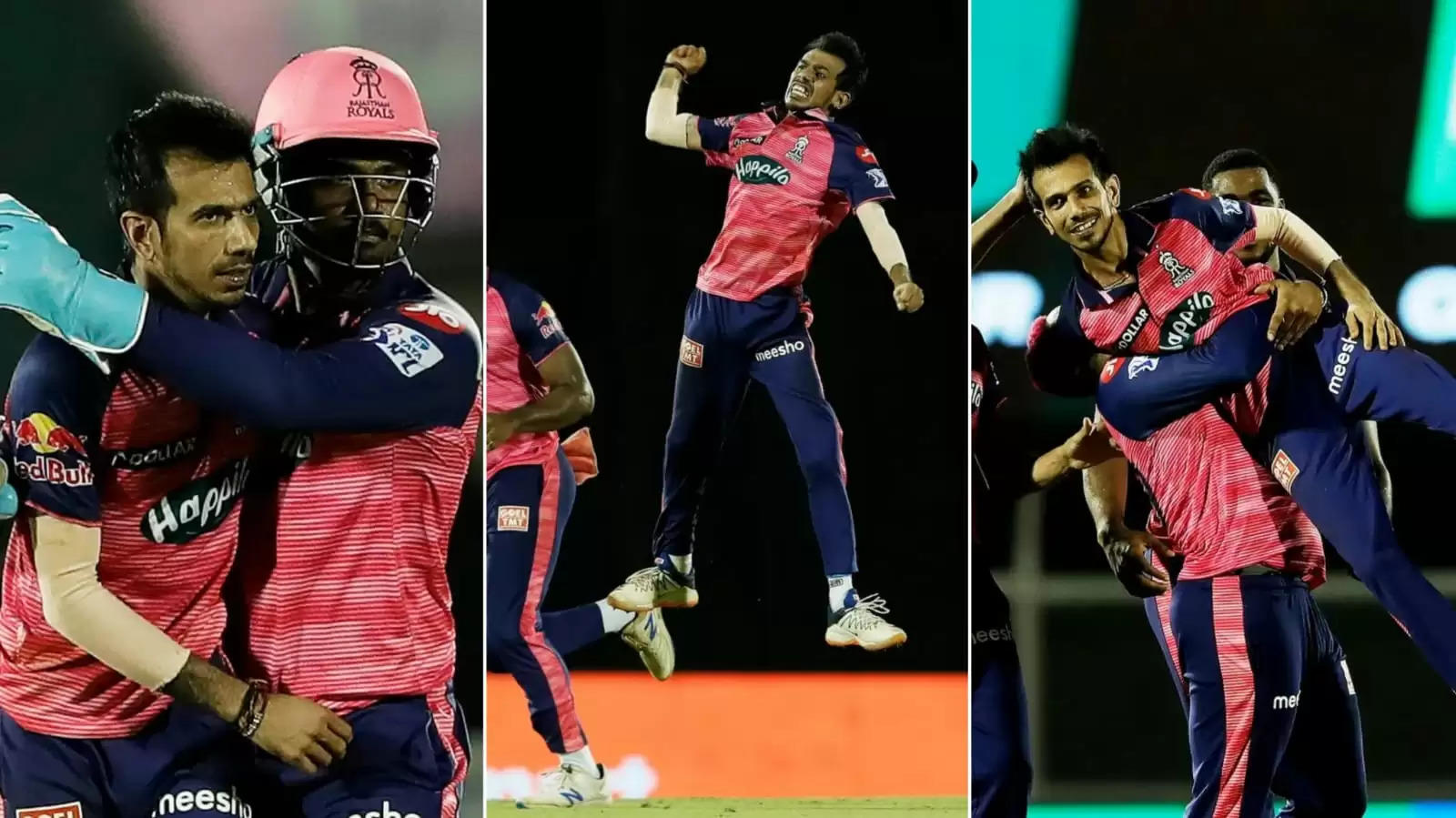 Yuzvendra Chahal became the latest bowler to bag a hat-trick in IPL history.

Veteran wristspinner Yuzvendra Chahal on Monday (April 18) bagged his maiden hat-trick in IPL cricket, getting the perfect three in a critical situation for Rajasthan Royals (RR) at the Brabourne Stadium in Mumbai.

Chahal went on a wicket-taking spree in the game-changing 17th over of Kolkata Knight Riders' (KKR) run-chase. The leg-spinner ran through the KKR lower-order for a famous hat-trick in the IPL 2022 league-stage encounter.

The procession began with the decisive blow against KKR skipper Shreyas Iyer, which followed the scalps of Shivam Mavi and Pat Cummins with some exceptional bowling under pressure. Yuzvendra Chahal had also got the wicket of Venkatesh Iyer earlier in the over.

KKR needed a 40 off the last 4 overs with six wickets intact before the start of that match-transforming over and were reduced to 180/8 by the end of it in their quest to chase down the gigantic 218-run target.

Yuzvendra Chahal gets an IPL hat-trick

Despite being one of IPL's stalwarts and a prolific wicket-taker over the years, the name of Yuzvendra Chahal had been missing from the list of bowlers to have bagged a hat-trick in the biggest T20 league. But against KKR, he entered that club with a tremendous over that saw him bring about the downfall of two Iyers and the capable lower-order bats Cummins and Mavi.

Chahal kicked off the hat-trick with a top notch yorker past the swinging willow of the KKR captain, who was batting in sensational form at 85 off 50 balls at that point but was undone by a quality ball from veteran leg-spinner in the opposite camp.

To get Mavi, Chahal bowled a loopy full-ball to lull the tailender into attempting a big hit that went straight into the hands of the long-on fielder.

Then came the moment that all were waiting for. To finish off the perfect trio, Chahal backed his strengths and delivered a beautifully flighted ball outside off-stump, which tempted Cummins into playing the cover drive. But the ball dipped and turned to take his outside edge that was duly collected by RR keeper Sanju Samson.

The wicket of Cummins erupted the whole stadium in applause for Yuzvendra Chahal, who started his massive celebrations along with the rest of the Royals fielding unit. As part of the act, the bowler was also seen giving his famous sitting-on-the-turf pose to the cameras. Chahal's match haul of 5 for 40 helped RR beat KKR by 7 runs in a thrilling encounter.