The three lions enjoyed the highs of winning the high-octane final at the MCG on November 13 after dominating Pakistan.
By Kashish Chadha Sun, 13 Nov 2022 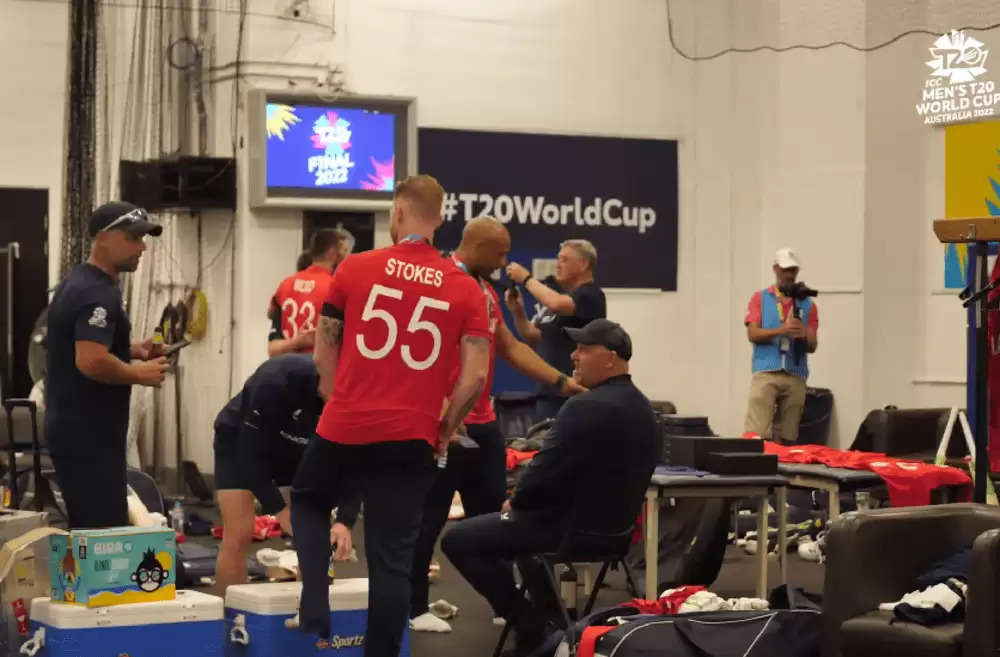 England rejoiced in the glory of their T20 World Cup 2022 triumph with great celebrations inside the dressing room this Sunday (November 13).

The three lions held the coveted trophy and shared some wonderful behind-the-scenes moments after the victory over Pakistan at the MCG.

The 2010 champions repeated their feat in 2022 in Australia, lifting the biggest title in men's T20I cricket after 12 long years and the celebrations reflected the fulfilment of desire and the emotions attached to the same for the men from England and Wales.

Jos Buttler and company enjoyed their champagnes and beers while lifting the T20 World Cup trophy, which was elusive for more than a decade since Paul Collingwood and his team held the crown in the Caribbean, defeating arch-rivals Australia in the final at Barbados.

On the night of the finale at MCG, they turned the tables on Pakistan in what was a high-pressure game that saw Sam Curran, Adil Rashid and Ben Stokes play leading roles in a triumph that reinforced England's status as the world's leading white-ball side, also holding the 2019 ODI World Cup trophy.

The high of the moment, and the wonderful expression of the emotions behind it, were both captured beautifully in a clip posted by the International Cricket Council's (ICC) social media handle for the T20 World Cup 2022 in Australia.

The clip has skipper Buttler and rest of the England players soaking in their amazing triumph, which came about through years of rigorous planning and identifying resources that enable their aggressive brand of cricket with the bat, with multiple bowling options to boast of at the same time.

The players made it a point to have the support staff, including head coach Matthew Mott, join them for the celebrations and shared a few heartening laughs of jubilation with them.

From losing to Ireland in the Super 12s stage and finding themselves in a position wherein they required four successive victories to touch the trophy, England reached there with some style and flair, playing cricket of unmatched skill at the business end of the competition.