The two top-order incumbents were seen having a lengthy chat prior to the game against Bangladesh at the Adelaide Oval.
By Kashish Chadha Thu, 3 Nov 2022 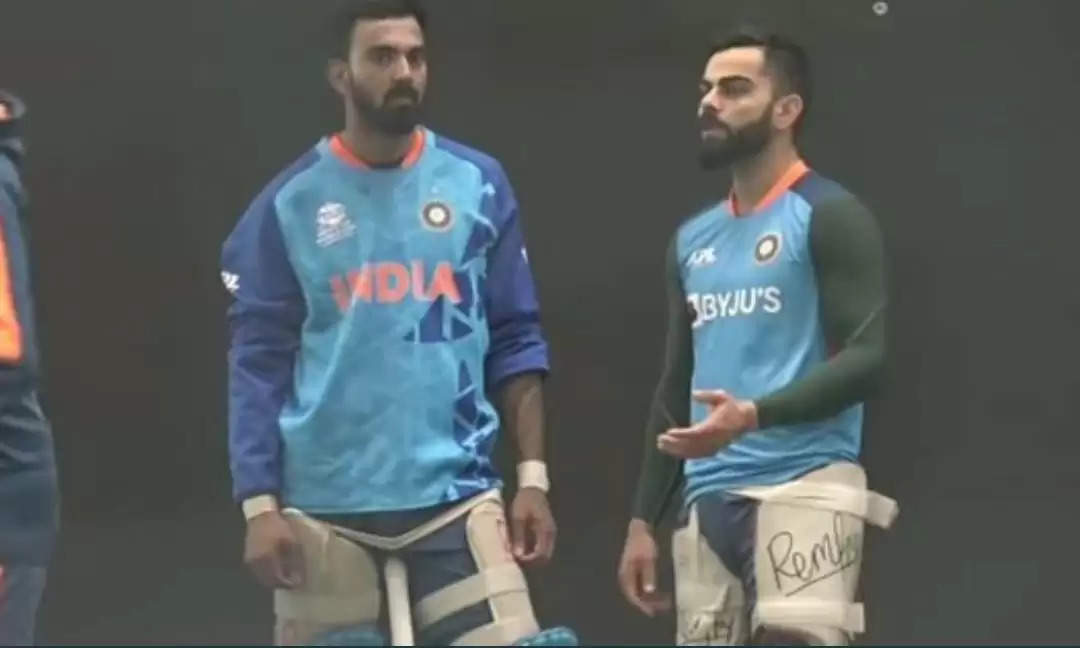 Virat Kohli was seen doing shadow-batting during a conversation with KL Rahul prior to the T20 World Cup game.

KL Rahul opened up on his pre-match conversation with Virat Kohli for the important Super 12s clash versus Bangladesh at the T20 World Cup on Wednesday (November 2) at the Adelaide Oval.

Speaking to the press after India's close-fought victory in a rain-marred fixture, Rahul unveiled what was the topic of discussion with the former India skipper, highlighting that the matter up for talk were the conditions in Australia.

Rahul said he and Kohli agreed to the fact the pitches Down Under for the tournament played at the top-end part of the Aussie summer have been different to the ones they've encountered on previous tours to the great sporting nation.

With rains around the country, the surfaces across venues at this T20 World Cup have played anything but super-flat, offering the seamers new-ball movement apart from the steep bounce that is unique to Australia. KL Rahul would know it. Before his encouraging fifty at the Adelaide Oval, the batter collected only 22 runs from India's previous three matches.

Rahul was seen having a lengthy conversation with Virat Kohli before the match, with the latter seen giving the former some tips via shadow-batting during the net session. Back then, it was felt Kohli is helping the struggling teammate to try and come back to form at the business end of the competition.

But after the game, Rahul said the discussion was mainly based on the kind of conditions they've encountered in Australia this time, having been there on multiple trips before.

"We were actually just discussing how Australian conditions have been a little different this time," Rahul said. "We have come here before and played Test cricket and we expected the wickets to play in a certain way and that's not happened so far and it's been more challenging than our previous tour. We were just talking about that thing."

Watch: The video that shows why Bangladesh accused Virat Kohli of fake fielding

Rahul also talked about his personal form, which was a major concern heading into the Bangladesh game. The batter said while "disappointed", he had belief in his game before producing an encouraging half-century versus the neighbours. Undergoing another slowish start, Rahul picked up gears from there and finished 50 off 32 balls.

"I was a bit disappointed that I was not able to contribute for the team in the first 3 matches. I didn't get frustrated, I didn't feel like my form or my confidence was low. I just didn't get runs and it happens in the game."

"If you are feeling confident, a good innings will come. I knew in my heart that I was seeing the ball well, I knew that a good knock and a good contribution to the team was coming," he added.

Rahul will have the chance to add to the gains of this knock when India take on Zimbabwe in their final group match versus Zimbabwe on Sunday (November 6) at the MCG before the knock-outs stage of the competition.