The India head coach gave a sensible respond to the Bangladeshi skipper's comment in the media.
By Kashish Chadha Wed, 2 Nov 2022 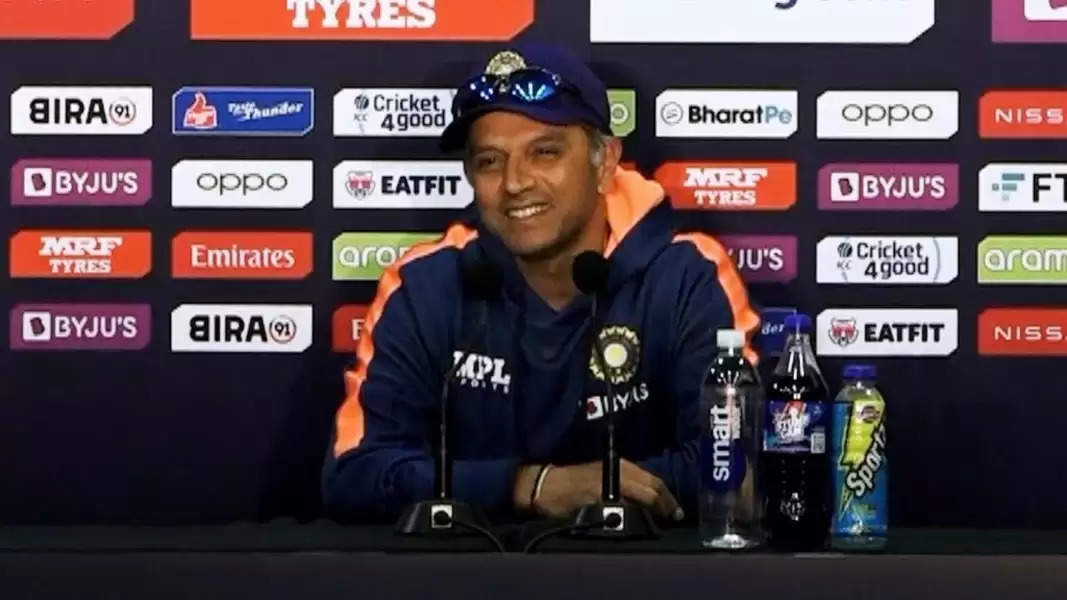 Rahul Dravid cited the Ireland win over England to brush aside any complacency for India ahead of Bangladesh clash.

Speaking to the press from Adelaide on the eve of the game, Dravid was asked to respond to Shakib's comments, wherein he also said it would be an "upset" if Bangladesh were to beat the might of India, the former world champions of the format and a team they've lost to every time they've locked horns in T20 World Cups before.

In an infamous statement, Shakib crushed the Bangladeshi hearts when he said: "We haven’t come here to win the World Cup, but India have. If we win tomorrow, it will be an upset victory. India are favourites tomorrow."

But Rahul Dravid wasn't willing to see things along those lines, considering the number of surprising results the tournament has witnessed over the past three weeks. At the top of Dravid's mind, he cited Ireland's shock win over England at the MCG as one prime example.

"We respect them a lot," Dravid said on the Bangladesh side. "I think they're a very good team. I think this format and this World Cup has really shown us that honestly you can't take any team lightly. Ireland showed that against England. We've seen enough games in this competition."

During his playing career, perhaps Dravid's toughest day as the cricketer arrived against Bangladesh, when a loss to them at the 2007 ODI World Cup led to India's first-round exit under his captaincy. Times have changed and Bangladesh haven't quite made the strides in T20Is.

But Dravid was also mindful of how the format tends to close out the gulf in quality between the two sides. Case in point, they came one pragmatic nudge for a single short of beating India at the 2016 edition of the T20 World Cup.

"It's two hits one way or the other, and actually that's the game. So it is already a shortened sort of rushed, noisy format, but it's very difficult to sometimes say who's a clear favourite in some of these games."

Watch: Jos Buttler irked by journalist's remark on form; smiles it off with smart reply

The India head coach also alluded to the conditions in Australia, with the surfaces spicing up due to top-end summer rains and offering the quicks extra movement in the air and off the deck, apart from the steep bounce that is unique to the country's rough and tough sporting nature.

"On top of that, I think these conditions," Dravid said. "I think these conditions have actually leveled the playing field to a large extent because the boundaries are certainly bigger, and some of those big hits which you sometimes expect in the subcontinent to just go for six and you just know that I'll be able to make up those runs later on, it's not happening that easily. People are getting out."

"I think it's really been a fantastic tournament from that perspective. Apart from the weather, I think it's been a terrific tournament in terms of just the nature of the games. No, we certainly don't take Bangladesh lightly. Our preparation, our planning will be as meticulous as it was against South Africa at Perth. No different," he added.