Suryakumar Yadav couldn't help but cheer up at the sight of Ravi Shastri talking up his Test match prospect for India.
By Kashish Chadha Sat, 5 Nov 2022 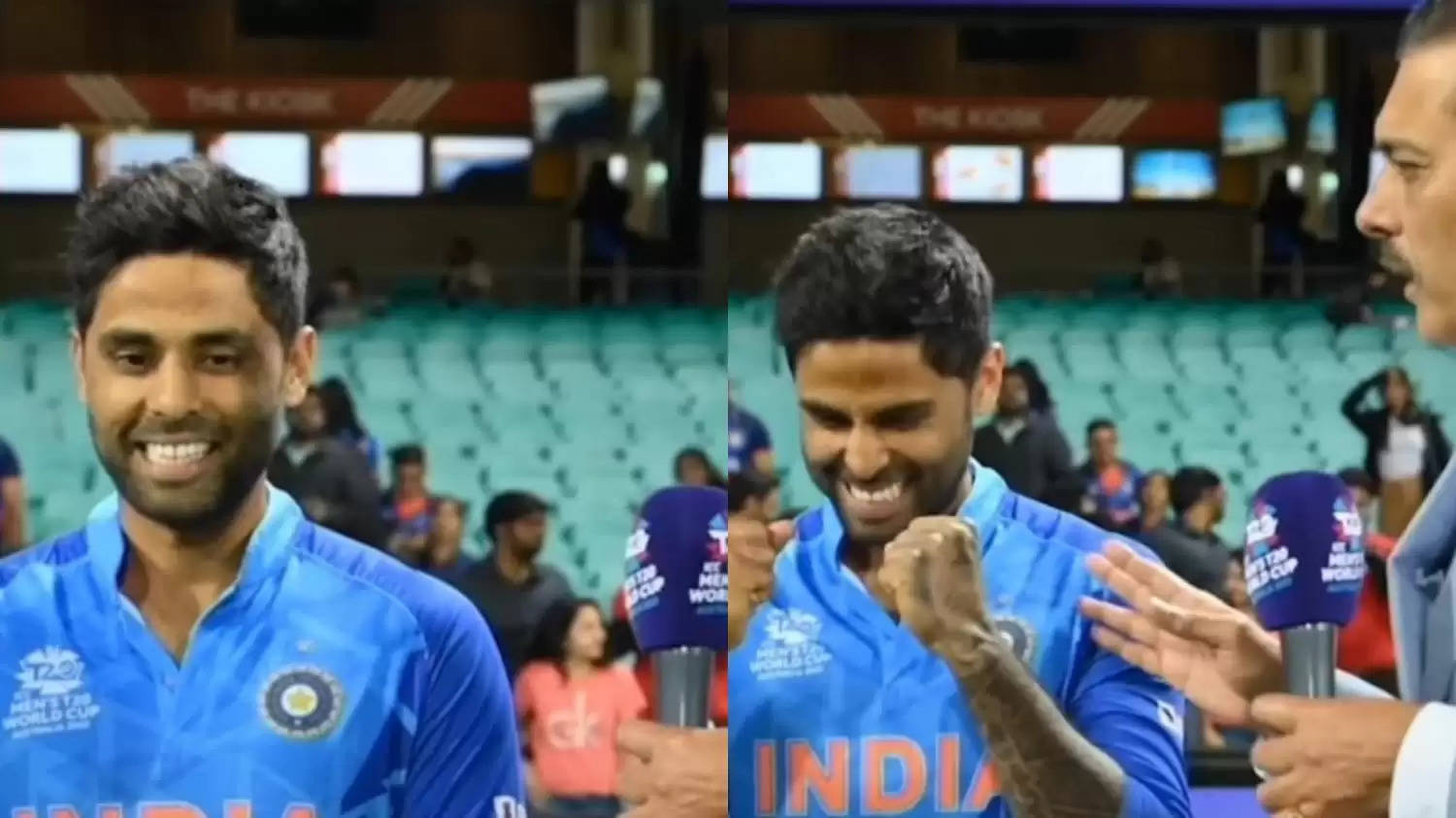 Ravi Shastri believes Suryakumar Yadav can be a three-format star in Indian cricket after dominating T20Is since his debut.

For Shastri, now back in the commentary box, Suryakumar is a "three-format" player and can be considered for middle-order duties in the longest version.

Shastri's remarks were unveiled in a clip posted over Instagram by the International Cricket Council (ICC) at the sidelines of India's T20 World Cup 2022 game at SCG versus the Netherlands.

As the ex India skipper raved over his ability and three-format prospects, Suryakumar couldn't help but do a double fist-pump with a big beaming smile.

Speaking for one of the broadcasters, Shastri said if picked in the Test side, Suryakumar Yadav can be sent in at No.5 to "stir" things up with his stroke-making ability and adventurous style of play that can easily rattle the opposition.

'This guy can play Test cricket' - Shastri on SKY

"I think he is a three-format player. I know they don't talk about him for Test cricket. Let me tell you. This guy can play Test cricket and he can surprise a few. Send him there at No. 5 and let him stir it up," Shastri said in a clip posted by the ICC from the ongoing T20 World Cup in Australia.

The remarks came after his terrific knock of 51 not out off just 25 balls in India's win over the Dutch at SCG last Thursday (October 27). That was just another example of how prolific and impactful Suryakumar Yadav has been for India, especially in the shortest format of the game.

Since his T20I debut early last year, the 32-year-old is averaging 40.30 with a tremendous strike-rate of 177.27 over 38 matches for India. With the first-class game in question, Suryakumar averages a decent 44.01 with 14 hundreds over 77 games to his name for Mumbai in the senior domestic game.

During the conversation with Shastri, the batter reminisced of the time when the then India coach called him up and informed him he is making his debut versus England in Ahmedabad in March 2021.

"I still remember. He called me up. He was sitting by the poolside before I made my debut, and he said, 'Jaa ke bindaas dena' (Go and enjoy yourself). I still remember that and I'm absolutely loving it," he said.