The Pakistan skipper highlighted Shaheen Afridi's untimely injury as one point of difference at MCG against England.
By Kashish Chadha Sun, 13 Nov 2022 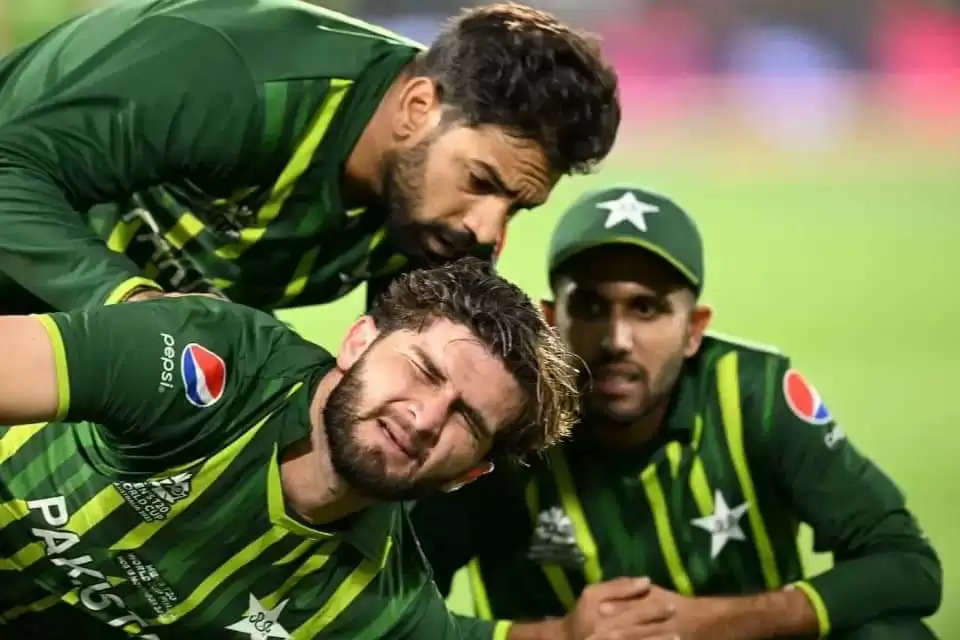 Pakistan skipper Babar Azam rued the untimely injury to his key pacer Shaheen Afridi following the loss to England in the T20 World Cup final at MCG on Sunday (November 13).

The modern-day giant opined had it not been for his spearhead's injury, Pakistan would've made an even better feast of defending the middling score of 137/8.

Speaking to the press after the defeat in Melbourne, Babar agreed his men were 20 runs short of putting England under real pressure. But also alluded to Shaheen missing out on nearly half his quota as a point of difference in the end.

"Very sad (about the loss). 20 runs short. Bowlers did decent in the middle overs but Shaheen's injury cost us, could've been a different result. So disappointed," Babar Azam said.

Shaheen, who had overcome a knee injury to make the cut for this T20 World Cup, went down with an injury to his right leg and was seen holding his knee after taking a catch in the deep.

The pacer bent to pull off a spectacular catch at long-off after wristspinner Shadab Khan was smashed by Harry Brook at the halfway mark of the 13th over in the England run-chase.

The Pakistan quick was seen limping off the ground in excruciating pain, which posed a major dent to Babar & company's chances, with England batting 82/3 at that point and Pakistan needing immediate breakthroughs. He was attended by the Pakistan team physio, who checked on the injury.

The way he moved off the field, Shaheen looked in no position to resume bowling at any stage later in the game.

But to everyone's shock, the pacer returned to take the field in the 14th over and even marked his run-up for the start of the 15th over as Pakistan seemingly went into desperation mode to make it a contest.

However, the pacer could only bowl one ball of the over and had to be taken off the field again, as the pain from the injury he had just picked up resurfaced.

That meant Babar having to use part-time bowler Iftikhar Ahmed to bowl the next five deliveries, which England smashed for crucial 13 runs and eased up their task significantly.