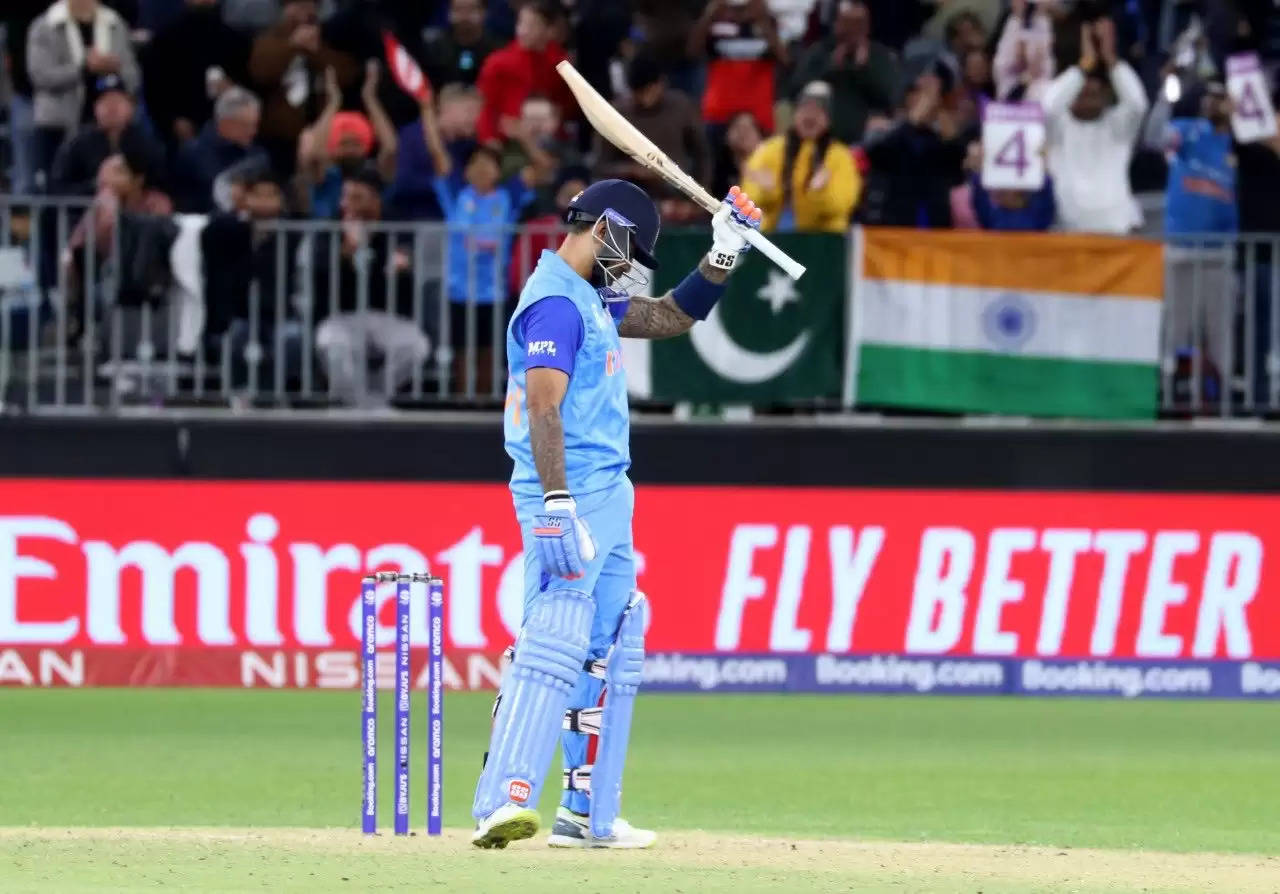 The father of India's extravagant strokemaker Suryakumar Yadav, Mr Ashok Kumar Yadav is not feeling overly nervous or anxious ahead of the son's much-anticipated semifinal bout with England for the T20 World Cup 2022 in Australia.

Even as Suryakumar is about to approach his first such marquee ICC knock-out encounter at the highest level, Ashok, the senior Yadav, is at ease with his life, backing the son to continue producing the goods without getting tensed about things.

Ashok says he isn't feeling nervous because these days his son doesn't tend to get nervous about his game. Not only does Suryakumar Yadav keeps the Indian dressing room relaxed with the bat in hand, he also infuses a great sense of calmness within his family back in Mumbai.

"Nowadays, he (Suryakumar) doesn’t become nervous, so we don’t either," Ashok told Outlook in an interview prior to the England clash. "I will go to office, discharge my duties and then watch the game with my colleagues. My daughter (Dinal) will go to her office too."

"My wife (Sapna) is very religious. She goes to Siddhivinayak or Mahalaxmi temple and does a puja. She prays for India to win, but normally doesn’t watch the match."

Suryakumar Yadav and his family lives in the Anushakti Nagar colony in Mumbai, which happens to be a unique place to produce a cricketer for India. Unlike any other local colony in the city of Sachin Tendulkar, Sunil Gavaskar and likes, Anushakti Nagar houses many scientists and engineers.

Despite their presence, however, young Suryakumar was always inclined towards cricket. "When Surya was 10, he started playing cricket and badminton," says Ashok. "He was good at both. But his coach, Ashok Kamat, who was also an employee of our department, said Surya could surely reach Ranji level at least. So we decided to let him play."

What helped add wings to Suryakumar's jump is the presence of a cricket ground near the colony, which had ties with Mumbai stalwarts such as Dilip Vengsarkar and Lalchand Rajput. They would even visit the colony to identify cricket talent.

From there, Suryakumar only picked up steam as a cricketer. After scoring heavily in age-group cricket, he was called in the Mumbai senior team set-up and made his Ranji Trophy debut. IPL deals arrived at his doorstep, too. But the Indian cap remained an elusive mistress.

A late bloomer into the Indian scene, Yadav sr remembers he would encourage his son by citing the example of Michael Hussey from Australia and urge him to continue pushing hard. "Even after performing in the IPL, he wasn’t getting the [India] chance," said Ashok. "I would tell him, ‘Don’t worry. Today or tomorrow you will get selected’.

"We would speak about Mike Hussey. He was 30-plus when he made his debut, and he became Mr Cricket for Australia. He (SKY also) got his debut very late (March 2021). Now he has nothing to lose [and is able to play freely]."

Yadav senior also holds a great sense of gratitude towards Mumbai Indians (MI) for bringing Suryakumar Yadav under their wings and showing unwavering faith on the cricketer, giving him a platform to perform and improve so much that today he is the linchpin of Indian T20I batting.

Since his debut last year, the right-hander is averaging 42.33 while carrying a strike-rate of 179.63 after 37 T20I innings for India. In the ongoing T20 World Cup, he is only 21 behind Indian great Virat Kohli in the runs tally, with three half-centuries under his belt from five games on what is unbelievably his first trip to Australia.