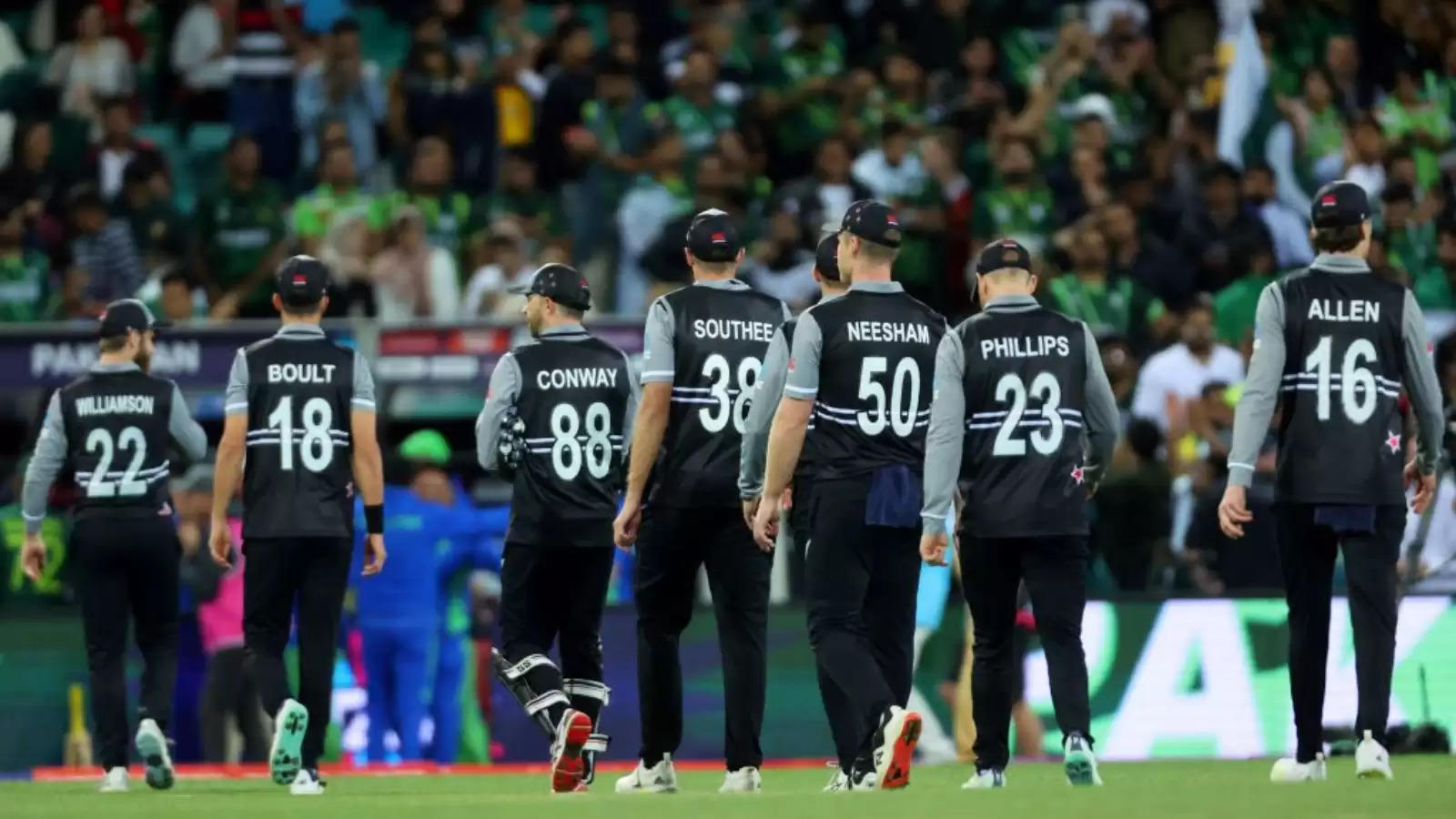 New Zealand missed out on yet another opportunity to win an ICC Men's event.

New Zealand’s poor run in the knockouts of ICC Men’s events continued on November 9 (Wednesday) as they went down to Pakistan in the semi-final. After opting to bat first, they managed to post 152 runs on the board that Pakistan chased down rather comfortably leaving the Kiwi skipper Kane Williamson frustrated.

While noting that New Zealand lost yet another opportunity to win the trophy, Williamson was more frustrated with the team’s performance at the SCG on the day. The Kiwis have now made it to the knockouts of last three ICC Men’s events only to fall short either in the semi-final or final. Last year, they lost to Australia in the final of T20 World Cup 2021 held in the UAE.

Williamson felt that his side didn’t play to the potential and didn’t put a fight that frustrated him the most in the loss to Pakistan. However, he felt that the Kiwis had posted a fairly defendable total on the board on a slowish track at the SCG.

“To me it's about the game, the performance, and that's certainly what we look at. That's the frustrating thing for me today. If you get beaten playing your best cricket, then you certainly have to accept that.

“Today was a little bit disappointing. There were some good bits, but we thought we had a defendable total if we were to be on our game, and the margins are small in this format, and Pakistan were outstanding with the bat and certainly chased that down,” he said.

New Zealand won a good toss but lost key wickets at regular intervals that forced them to play cautious cricket in the middle overs. On the back of a brilliant half-century from Daryl Mitchell, they managed to cross the 150-run mark. At the halfway mark, it seemed like a fighting total but according to Williamson, the game turned during the powerplay overs of Pakistan’s innings.

Babar Azam and Mohammad Rizwan got their team off to a perfect start as they posted 55 runs in six overs and the New Zealand captain lauded them for the same.

“Pakistan got off to a good start and put us under pressure and then were able to sort of wrestle back a little bit of momentum and build a couple of partnerships and then sort of fight our way to a score that we thought on that surface we could make a little bit difficult,” Williamson added.