'How often do you get the opportunity to put Virat Kohli in your pocket?' - Craig Ervine

The Zimbabwe skipper talked about the Virat Kohli threat ahead of the crucial Super 12s game of the T20 World Cup.
By Kashish Chadha Sat, 5 Nov 2022 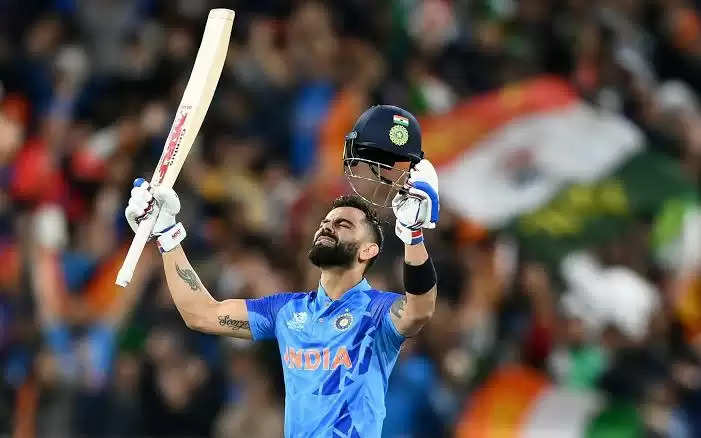 Virat Kohli has been in supreme touch in the T20 World Cup in Australia, reigning in as India's top run-getter after four innings.

Craig Ervine has deemed Virat Kohli's rare tryst with Zimbabwe as an "opportunity" for his in-form bowling unit to get the big fish under their bag. The Zimbabwean skipper said the likes of Blessing Muzarabani, Richard Ngarava and the rest are looking forward to the chance to bowl to Kohli & company.

India will be taking on Zimbabwe in their final Super 12s game of the T20 World Cup 2022 in Melbourne on Sunday (November 6). While Zimbabwe's semifinal hopes are dented irrevocably, India have the chance to coast to the knock-out stages as the table toppers from Group 2 if they win at MCG.

For Kohli, this will be his first T20I against Zimbabwe in 12 years since the 2010 tour of the African nation, when India defeated the hosts 2-0 in Harare. Ever since, Kohli has missed all of India's clashes in the shortest format with their lower-ranked rivals.

Zimbabwe up to get Virat Kohli out - Craig Ervine

Speaking to the press prior to the India-Zimbabwe game, Ervine said the game against the inaugural T20 World Cup champions offers his bowlers a great opportunity to get one over giants like Virat Kohli, Rohit Sharma and KL Rahul.

Even though the trio will out to try and dominate their inexperienced opposition, Ervine believes, that would also open up an opportunity for his team to build inroads.

"This is a great opportunity to bowl against some of the best guys in the world, so there's no reason why guys would not want to actually get out there and produce the goods," Ervine said.

"How often do you get the opportunity to put Virat Kohli in your pocket? I'm pretty sure that our fast bowlers will be raring to go come tomorrow."

When asked if his team has any specific plans for the might of Virat Kohli, who is India's top run-getter of the tournament with three fifties from four matches, Ervine admitted they have none, stating it is very difficult to plan for such a great player.

"I don't think we have any plans against Virat. I think he's just too good a player," Ervine said. "A lot of the guys you can dissect so many different theories, and at the end of the day, if you come out and hit a good area, use your change-ups, all those sort of things."

"I don't think that special plans really work for these guys because they're so good at adapting to different conditions and different situations."