WATCH: Ambati Rayudu livid with himself after being caught out by '3D' Vijay Shankar

Ambati Rayudu looked distraught at his dismissal, especially as it was Shankar who triggered his downfall.
By Kashish Chadha Sun, 17 Apr 2022 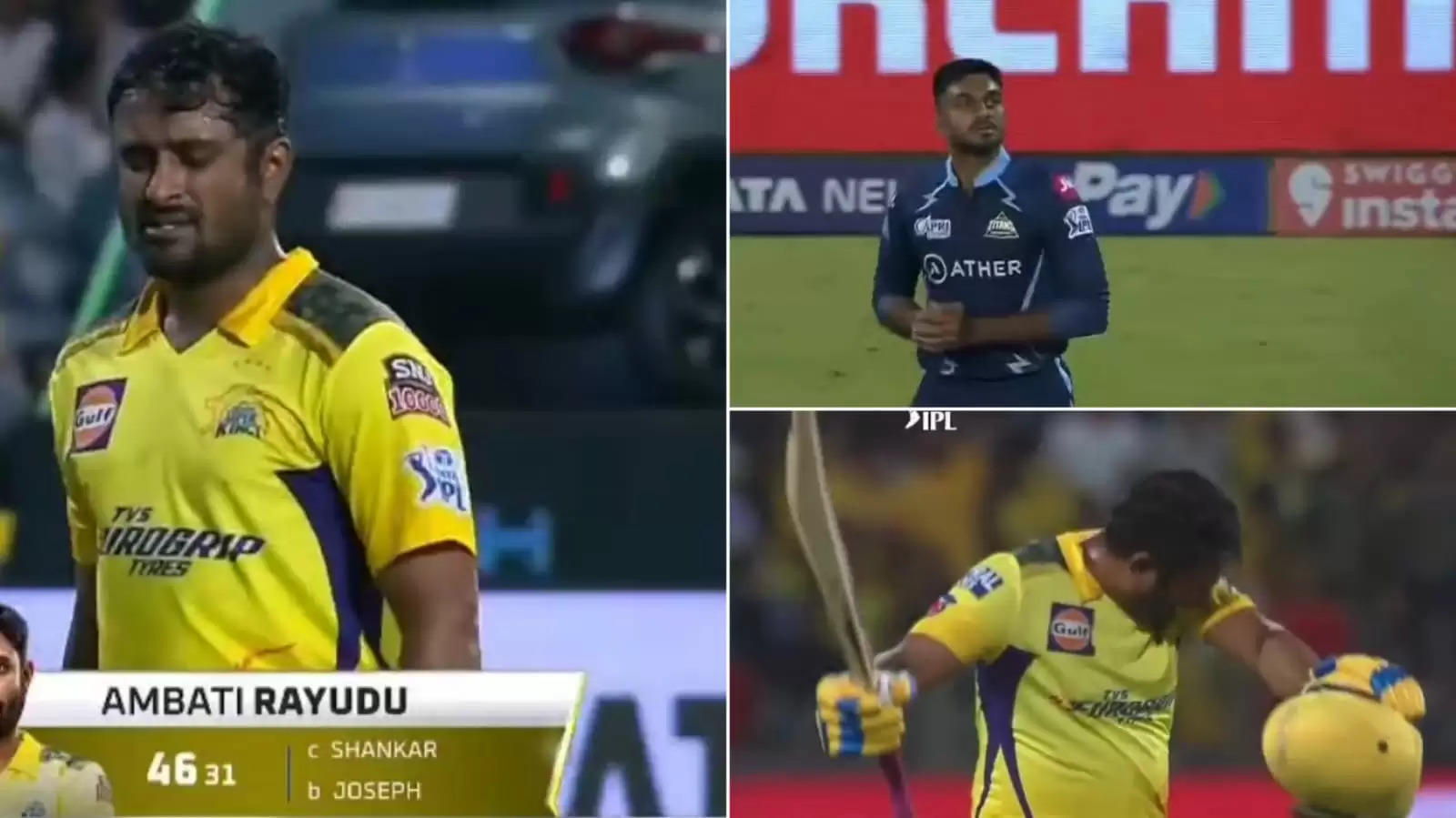 Ambati Rayudu was left super angry at himself after being hauled out by Vijay Shankar of all people in an IPL 2022 game on Sunday (April 17). The veteran India and Chennai Super Kings (CSK) batter got out caught by Shankar in the match against Gujarat Titans (GT) in Pune.

Hitting Titans pacer Alzarri Joseph through the off-side, the right-hander was seen livid as Shankar grabbed hold of the ball to signal his departure back to the pavillion. Being dismissed, it was anyway Rayudu's moment of agony. But to add salt to injury, it was his "3D" friend who secured the catch.

Ambati Rayudu was well set at the point of his wicket, having made 46 off 30 deliveries, including 4 fours and 2 sixes. But on the 31st, the batter hit a ball straight into the hands of Shankar positioned at the sweeper cover position.

Ambati Rayudu sent back by his "3D" friend

The interesting dismissal took place on the third ball of the 15th over in CSK's first-innings in Pune. Seeing a short ball wide outside the off-stump from Joseph, Ambati Rayudu shaped up to hit the ball up and over for another maximum.

But to his disappointment, it was a slightly slower ball from Joseph, which robbed his stroke of sufficient connection. And to add to his frustration, the ball then went into the hands of Shankar, who didn't break a sweat in finishing his catch.

Shankar has played an unlikely hurdle to Ambati Rayudu's progress before as well. It was the Tamil Nadu allrounder who displaced Rayudu from the Indian squad selected for the 2019 World Cup in the UK. The then chairman of selectors MSK Prasad reasoned the need for a three-dimensional cricketer to bolster the squad behind his call.

It was an infamous decision, especially considering the Indian team had an unsettled middle-order and Rayudu had done a decent job to claim his spot in the build-up to the mega event in England.

Hurt by the decision, Rayudu went on to do a viral tweet, mentioning he is about to wear "3D" glasses to watch the World Cup from his home, which was an obvious jibe at Prasad's remarks to explain Shankar's inclusion ahead of him.

The batter also announced a premature retirement from cricket at the time, a call which he revoked soon to continue his comeback trail at the domestic level and in the IPL.