Liam Livingstone gave batting partner Shahrukh Khan a genuine scare at the other end with a thumping shot for four.
By Kashish Chadha Sun, 17 Apr 2022 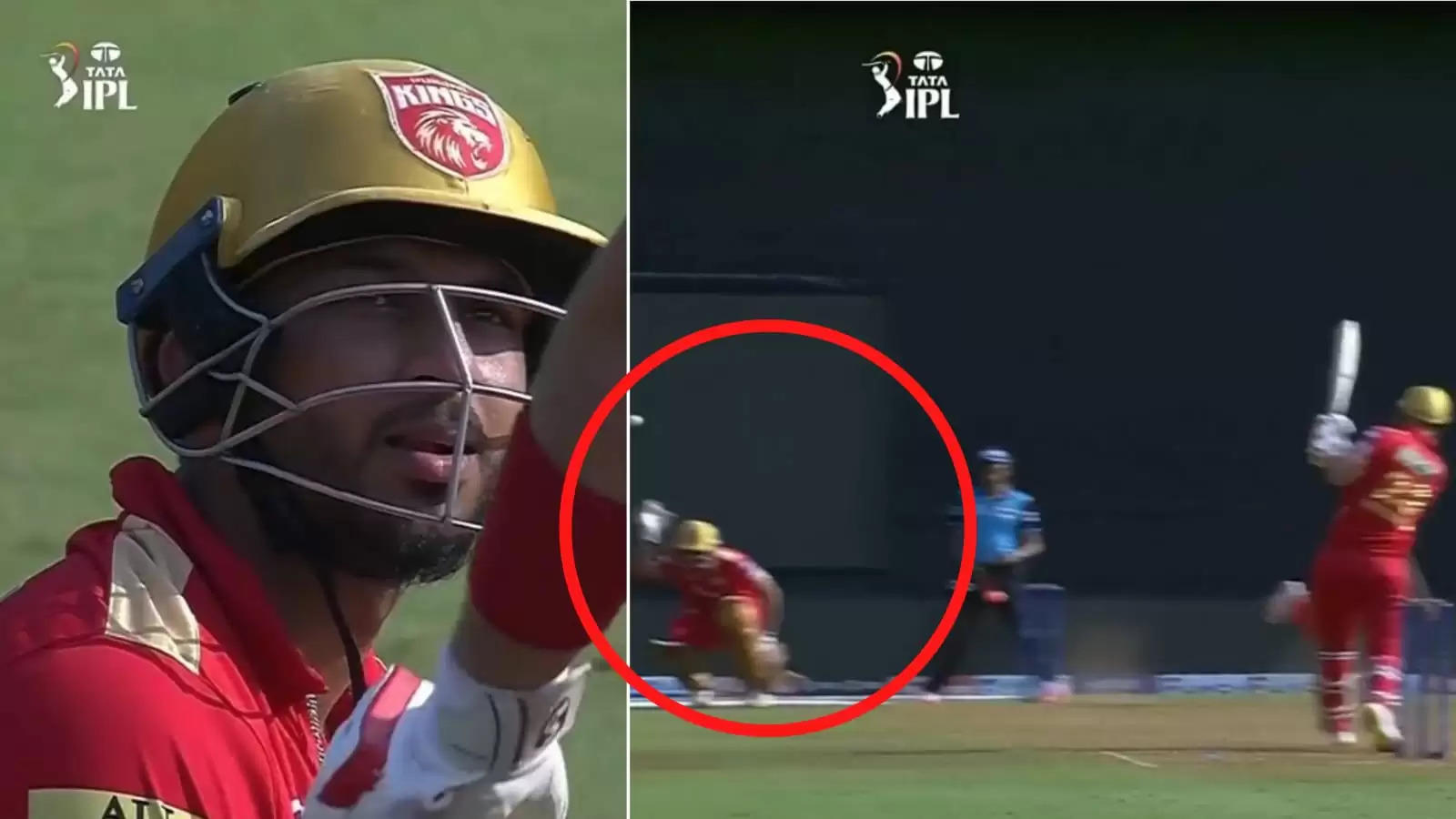 The young Indian cricketer was left shocked to see Liam Livingstone thump a stroke to his direction.

Young Punjab Kings (PBKS) batter Shahrukh Khan had the scare of his life seeing a ball thump his way off the bat of the in-form Liam Livingstone in an IPL 2022 game on Sunday (April 17). Standing at the other end, Khan had to take evasive action and duck underneath the ball as Livingstone smashed it over his head for a boundary.

The non-striker was left shocked and worried in the moment, scared seeing the ball come straight at him with brute force from the willow of his teammate. Livingstone hit the ball dangerously close to the young PBKS and Tamil Nadu batter and had him ducking to save his body.

And since the bowler involved was Sunrisers Hyderabad's (SRH) quickest speedster Umran Malik, the ball rocketed off the bat of Liam Livingstone, which gave Shahrukh even less time to take evasive action and survive a blow.

The belligerent nature of Liam Livingstone's stroke saw the ball just race along the air for a boundary to the long-on region. But it could easily have bumped onto non-striker Khan, who was seen ducking to save his life.

The incident came to light on the penultimate ball of the 12th over in PBKS' first-innings. Looking to up the gear, Livingstone found Umran's attempted yorker in the arc and smashed it straight in line with his batting partner Khan.

WATCH: Jonny Bairstow furious as Kane Williamson signals for DRS after timer runs out; batter given out

Despite him standing quite wide on the playing surface, the uncapped Indian batter was left shocked and scared by the ball coming his way at great speed. Thankfully, though, he ducked instantly to somehow save his head.

Once the four was achieved, the cameras rolled to the face of Khan, who looked in disbelief and shell-shocked with what had happened. Liam Livingstone immediately went to his batting partner and gave him a hand to raise him back on his feet, checking on if he is alright.

The English batter gave his batting partner a scare but made a point to ensure he is fine, recognising he had played his brutal shot unerringly closely to Khan's head. At a time when concussion is a major issue in the game, Khan would've been relieved to escape with no damage.