WATCH: Jonny Bairstow furious as Kane Williamson signals for DRS after timer runs out; batter given out 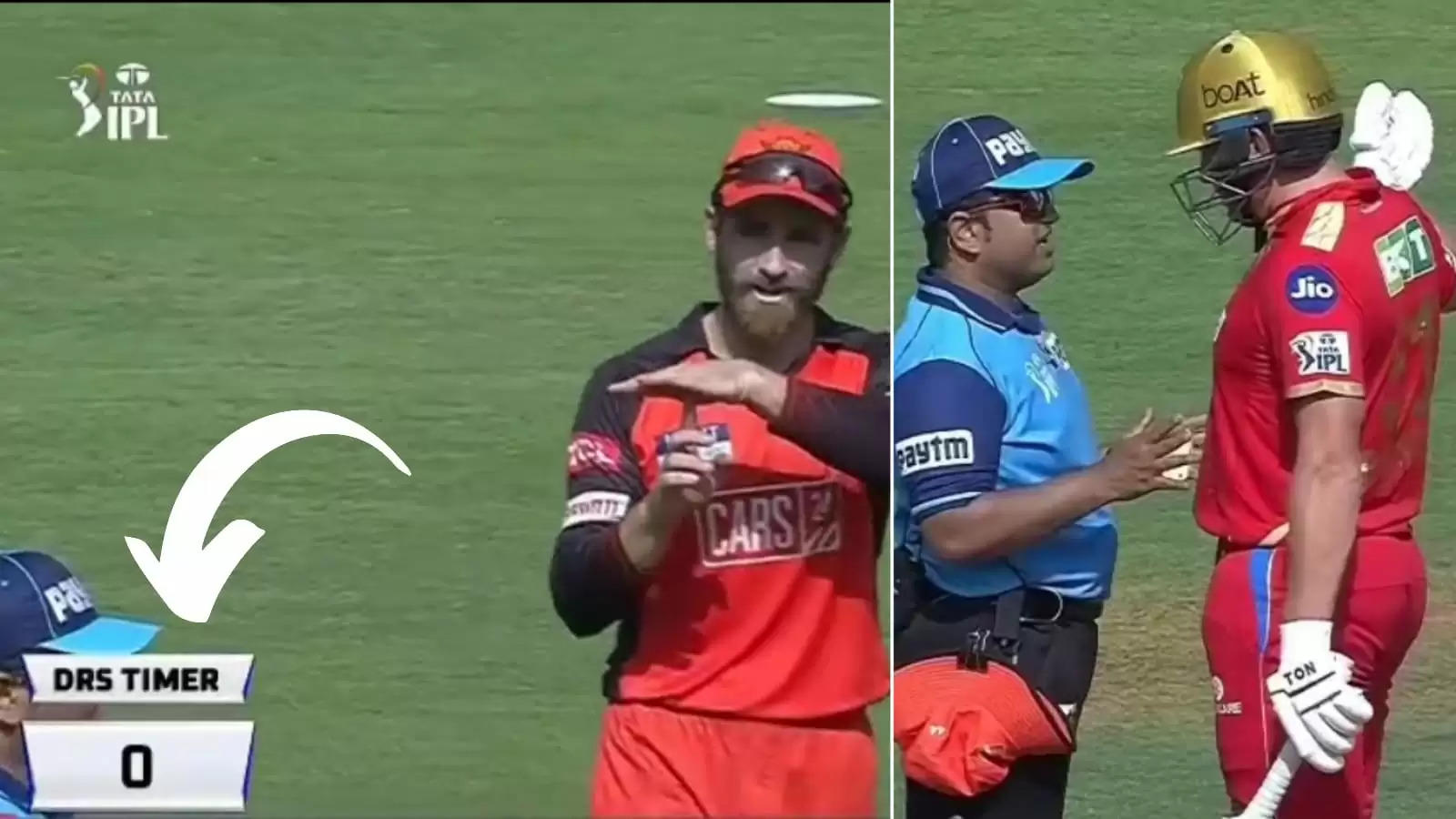 Jonny Bairstow let the umpires know his displeasure after Kane Williamson and SRH's review was upheld.

Punjab Kings (PBKS) wicketkeeper-batter Jonny Bairstow was left fuming after a DRS review taken by Sunrisers Hyderabad (SRH) captain Kane Williamson was upheld despite the timer running out in an IPL 2022 game on Sunday (April 17).

Bairstow had a brief chat with the on-field umpire, visibly displeased and angered as Williamson could review for an LBW appeal against PBKS opener Prabhsimran Singh despite the limit of 15 seconds coming to its conclusion.

In an obvious error from the match officials, the SRH skipper could go ahead with his review and get Singh out even as the timer had run out and the review couldn't have been upheld in ideal circumstances. The moment got Jonny Bairstow really angry and he let that be known to one of the standing umpires.

The incident on the final ball of the 5th over in the PBKS' first-innings. Facing SRH left-arm pacer T Natarajan, Singh went for a big shot through the on-side with a shuffle but he missed it. The ball hit the pads on its way to the hands of SRH keeper Nicholas Pooran, who went up in appeal for the LBW along with Natarajan and the rest of the fielding unit.

This got skipper Kane Williamson interested as he waited for proper communication from his players before going ahead with the DRS signal towards the umpire. However, the New Zealander asked for the review when the timer had clear ran out, with a visible zero seen on the screens.

The review got upheld, and a zoomed-in replay confirmed that Singh had inside-edged the ball onto his pads and straight into the hands of Pooran to be out caught, and not LBW as SRH had initially appealed in hope for. They still had their man.

But PBKS were left dismayed by what had taken place, as they lost a wicket on the review when SRH shouldn't have been allowed one in the first place.

Aware of Kane Williamson reviewing the call after the timer ran out, Bairstow took the matter with the umpires and pointed to them that the giant screen had shown 'zero' when SRH went for the DRS.

The match officials, however, stayed with the out decision made by the third umpire and made no last-minute backtrack from that call despite Bairstow's effort to convince them that Williamson had erred with his timing.