WATCH: Caught Out, But Not Out! Andre Russell gets a reprieve despite getting dismissed by Gujarat Titans' Yash Dayal

Gujarat Titans pacer Yash Dayal had the dangerous Andre Russell in trouble off a short-ball in an IPL 2022 league-stage encounter.
By Kashish Chadha Sat, 23 Apr 2022 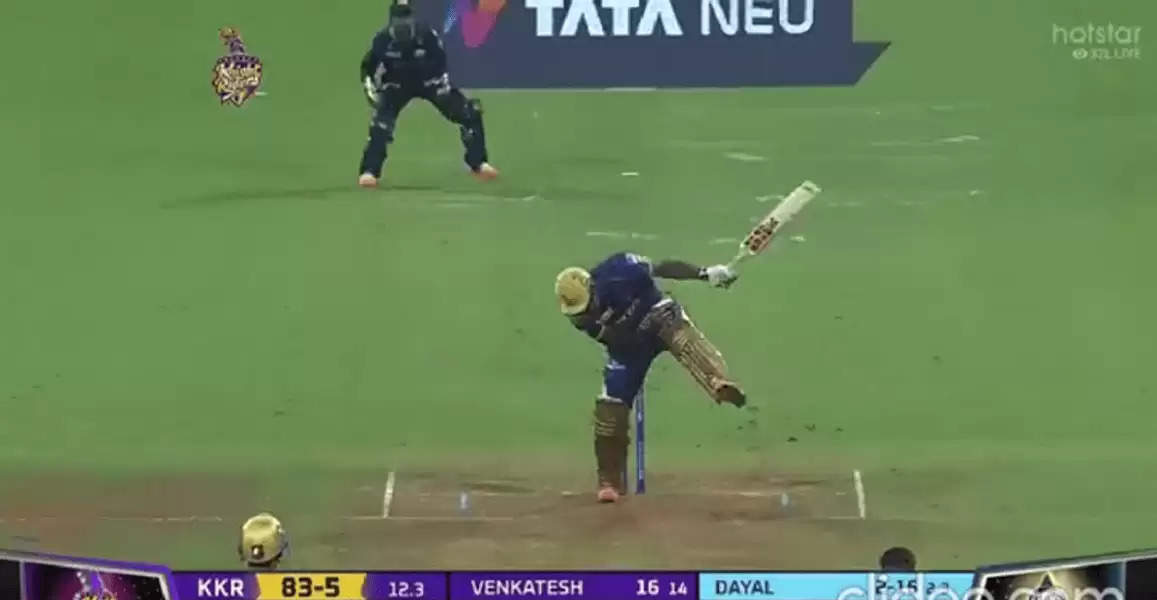 Andre Russell was out caught fending off a superb bouncer from Yash Dayal before the no-ball reprieve.

Gujarat Titans' (GT) uncapped Indian left-arm quick Yash Dayal nearly had his moment of game, getting the dangerous Andre Russell out fending on a bouncer in a league-stage encounter of the IPL 2022 on Saturday (April 23).

Dayal, the lesser-known figure in GT's star-studded bowling line-up, almost had one of the most feared strikers of the cricket ball out with a short-pitch ball that got the explosive right-hander fending and caught at the deep fine-leg region.

Facing only his third ball at the crease, Andre Russell was saved by the no-ball as the alarm bells at the DY Patil Stadium started ringing and replays confirmed that Dayal had overstepped for his delivery.

Andre Russell saved by a no-ball from Yash Dayal

Putting in the extra effort to get the ball rising onto Andre Russell, Dayal ended up crossing the bowling mark and was called out for a no-ball by the match officials, denying him a massive breakthrough midway in the KKR run-chase.

Arriving at the crease with KKR 83/4 halfway through the 13th over in their quest to overhaul Titans' tricky 156/9, Russell nearly had to take the long walk back third ball after finding himself in awkward position to play Dayal's bouncer from the over-the-wicket angle for the left-arm pacer.

The ball sailed comfortably into the hands of Mohammed Shami, who was placed at the deep fine-leg region. But just when Dayal and the rest of the Titans fielding unit were about to kick off their celebrations, the hooter at the stadium started buzzing and the no-ball was declared.

Saved by the no-ball, Andre Russell went on to rub salt into the wounds for Dayal, who lost his radar as the over progressed and gave the dangerous striker some ideal fooder for his brutal downswing.

Russell turned the tables on Dayal, hitting him for two consecutive maximums to end the over and get his innings going in a critical part of KKR's run chase. In an over that promised so much at the beginning, Dayal ended up conceding 19 off his six deliveries.