Hardik Pandya made deftest of touches for a six through the deep-third boundary in IPL 2022.
By Kashish Chadha Sat, 23 Apr 2022 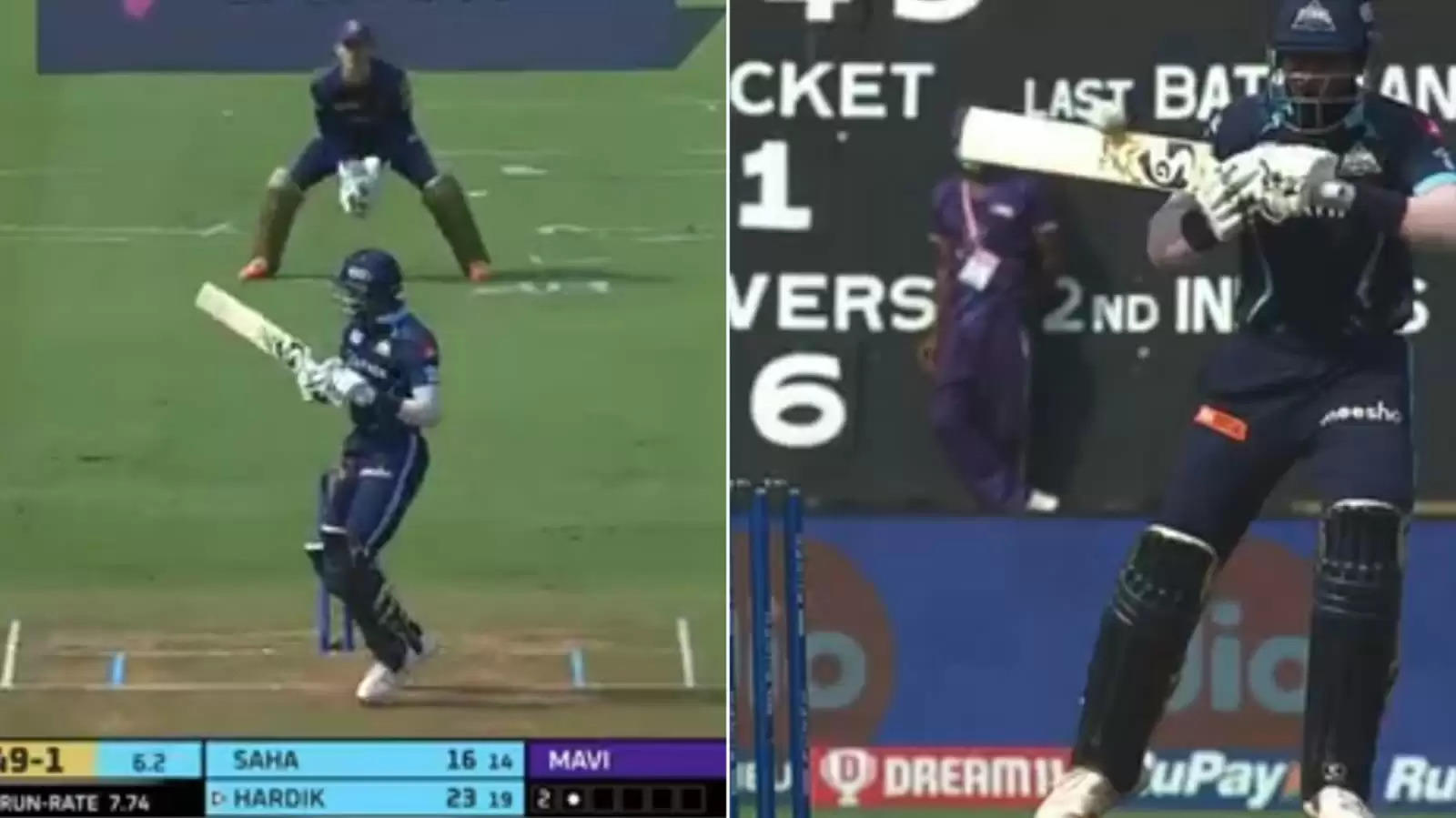 Hardik Pandya played a nice scoop for a maximum against Shivam Mavi in GT-KKR IPL 2022 game.

Known for brutal sixes down the ground and through the cow corner, Hardik Pandya unleashed one in the effortless mould in Gujarat Titans' (GT) league-stage encounter of IPL 2022 on Saturday (April 23) afternoon.

The premier Indian allrounder made the deftest of touches for a six over the deep-third region. The right-hander nearly tapped the ball for a maximum against Kolkata Knight Riders (KKR) speedster Shivam Mavi.

Gauging a short ball early from Mavi, Hardik Pandya scooped it for the easiest of sixes that the GT skipper would've hit in his career in IPL.

The effortless six was seen on the third ball of the 7th over in Titans' first-innings. Facing Mavi's short-ball outside the off-stump, rather than aiming for a pull or a hook, Hardik Pandya looked to simply guide the ball over the wicketkeeper for a boundary.

The timing on the stroke was such that the ball kept sailing over the in-field behind square and went for a six in the vacant deep-third region. It was the cleanest of strikes and brought the fifty up for the Titans in style off the bat of their captain.

Also Read: Rishabh Pant and Match Officials: Both versions of the last-over controversy in the DC vs RR game

It was one of the two sixes that Hardik Pandya hit during his impressive knock of 67 off 49 deliveries, also featuring 4 fours. Walking in at No.3 with Titans recovering from an iffy start at 8/1, their skipper went on to guide his team from an end and withstood some good KKR bowling.

Hardik almost singlehandedly took the Titans to 156/9 in their allotted 20 overs in a team innings where the next highest score for 27 from David Miller.

The captain and explosive batter, however, would be feeling livid that he couldn't get the desired finish to his innings, especially as his wicket triggered a major collapse for the Titans.

From 138 for 4 at the point of Hardik Pandya's dismissal, GT finished well below par for the surface at the DY Patil Stadium in Mumbai.

Notably, it was the third consecutive half-century of the season for the 28-year-old.