Rishabh Pant and Match Officials: Both versions of the last-over controversy in the DC vs RR game 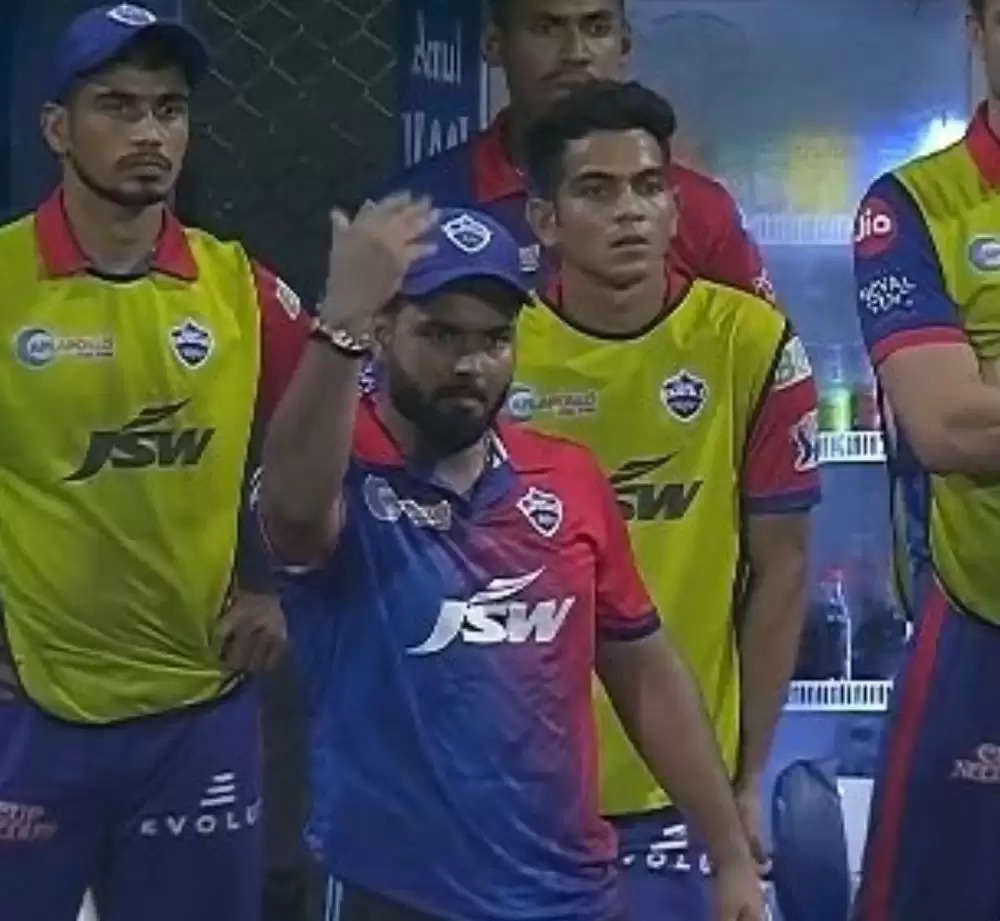 Rishabh Pant felt let down by the standing umpires as they decided not to verify a waistline no-ball through replays.

Disgust over a non no-ball call, the usually calm and amusing character of Rishabh Pant lost his temper and called his players back in the heat of the moment in an IPL 2022 league-stage encounter on Friday (April 22).

Pant was bemused by the umpires' decision to not check the waistline no-ball through a replay as Delhi Capitals (DC) hitter Rovman Powell dispatched a full-toss from Rajasthan Royals' (RR) Obed McCoy for a maximum to bring the required equation down to 18 off three balls.

The DC skipper got up from his spot in the dugout and asked Powell and his batting partner Kuldeep Yadav to return to the shed, feeling let down by the umpires, who upheld their original call without considering the replay.

The moment and Rishabh Pant's reaction have triggered a huge controversy and widespread debates about on-field umpires Nitin Menon and Nikhil Patwardhan's decision to not even check the potential no-ball via the replay.

Had the replay been seen, and the TV umpire adjudged it a no-ball, the equation would've eased up for DC with an extra ball to be bowled by McCoy, who had by then gone for three successive maximums in his over.

That possibility would've added to the angst and the pain for Pant, who was visibly displeased by the umpires' decision and sent a member of the support staff, Pravin Amre, to query why they did not check the replay.

Pant didn't censor his emotions even in a post-match interview with the commentators and said the third umpire should've intervened by himself to ensure the no-ball was at least verified.

"I thought that no-ball could have been precious for us but it is not in my control. Yes, disappointed but can't do much about it. Everyone was frustrated (in the dugout) that it was not even close, everyone in the ground saw that, I think the third umpire should have interfered and said it was a no-ball," he said.

The 24-year-old agreed that his decision to send Amre onto the field brought a halt to the proceedings and wasn't the right thing to do. But added that he feels umpires' decision to not check the replay was also equally problematic.

"Obviously it wasn't right (sending Amre onto the field) but what happened with us is also not right, it happened in the heat of the moment. It was the fault from both sides and it is disappointing as we have seen some good umpiring in the tournament."

While Amre ran onto the field, assistant coach Shane Watson, who was controlling the side for the day in absence of head coach Ricky Ponting, was seen trying to calm Pant down next to the boundary line. Watson was critical of Pant for showing excessive displeasure at the on-field decision and said such behaviour is not what DC as a franchise stands for.

"Look, yeah it was very disappointing with what happened in that last over. We unfortunately were in that position in the game, we were not able to put things together for long enough in that game up until that point," Watson said in response to a query at the post-match presser, as quoted by NDTV.

"In the end, what we at Delhi Capitals don't stand for is what happened. The umpire's decision, whether it is right or not, we have to accept it. And someone running on the pitch, we cannot accept it. It is not good enough."

Rishabh Pant or the umpires, who was right?

In the end, the incident brought the spotlight back on the rule book. Pant, seemingly unaware of the rules as they are, felt the third umpire should've intervened after a request from the standing officials to check the replay. Not knowing that rules don't allow the standing umpires to ask for the replay for waistline no-balls until the batter's dismissal is in question.

The no-ball referrals count as 2.5 on the umpire review section of the law book and can be put to use only if the batter's dismissal is in question. Whereas, in this instance, Powell clearly dispatched the ball from McCoy for a six and was bound to continue his innings.

So the umpires were right. But should the law be changed?

It should be since it threatens to let the incorrect decision be upheld without it being verified by the television umpire. While Powell's six came off a ball that looked on its way down his waistline, it wouldn't have cost anything for that to be ascertained by the match officials through some close-in replays.

In a short and sharp format like T20, an extra ball easing the equation for the chasing side could well have made a big difference in the end outcome, which is why Pant's anger at the no-ball not even been checked was perhaps understandable. But he is wrong if he thinks the umpires let him and his team down, as they were only upholding the laws as they are.