Dewald Brevis unleashed another no-look six in his maiden edition of the IPL for Mumbai Indians.
By Kashish Chadha Sat, 16 Apr 2022 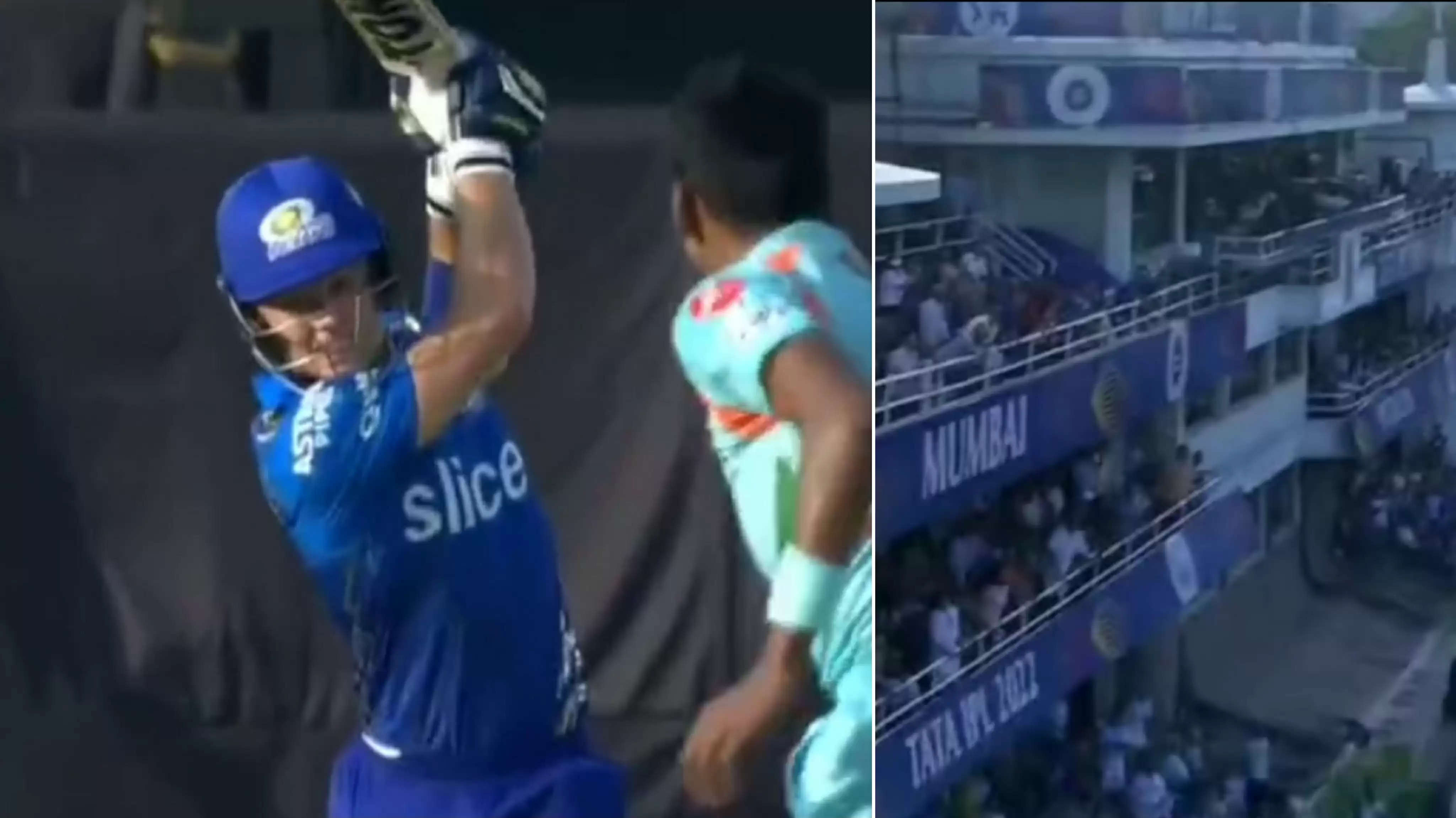 Finding one in his radar against Dushmantha Chameera, young Dewald Brevis smashed an eye-catching six.

Dewald Brevis unleashed another of his trademark no-look maximums in Mumbai Indians' (MI) game against the Lucknow Super Giants (LSG) in IPL 2022 on Saturday (April 16). Facing LSG's Sri Lankan quick Dushmantha Chameera, Brevis hammered him for one of the cleanest sixes of the IPL.

In a magnificent stroke, one that you would take back home with you as a spectator, Brevis stood tall to a full-pitched ball against Chameera and smashed it well over the long-on boundary. Timed to perfection, the shot cleared the ropes and almost the roof of the Brabourne Stadium in Mumbai.

But the crowd-pulling aspect of the stroke was the nonchalance with which it was played. Executing a picturesque downswing for optimum connection, Dewald Brevis didn't even look up as the ball sailed over the long-on region.

The glorious hit for six was seen in full glory on the fourth ball of the penultimate over inside the powerplay through MI's run-chase of LSG's daunting score of 199/4.

Attempting a yorker, Chameera missed his mark by a good 2-3 inches and that gave Dewald Brevis enough space to get underneath the ball and hammer it in elegant fashion over the long-on region.

The young gun stood tall in executing his stroke and unleashed a beautiful downswing to find the perfect connection and distance for the maximum.

Bought by MI for a sum of INR 3 crores, Dewald Brevis has been their biggest positive in an otherwise disappointing season for the five-time champions. The 18-year-old from South Africa has been an exceptional aggressor for his side in the early stages of IPL 2022, maintaining a strike-rate of 172.05 for his 117 runs in four innings.

Brevis is yet to make his international debut for the Proteas but has risen through the ranks to make his mark in IPL via notable performances at this year's U-19 World Cup in the West Indies.

He made a whopping 506 runs in just six innings at an average of 84.33 and strike-rate of 90.19, emerging as one of the tournament's brightest young talents.