Ravi Bishnoi was seen so upset that he even cursed himself for the six he conceded to Faf du Plessis.
By Ramasubramanian H Wed, 20 Apr 2022 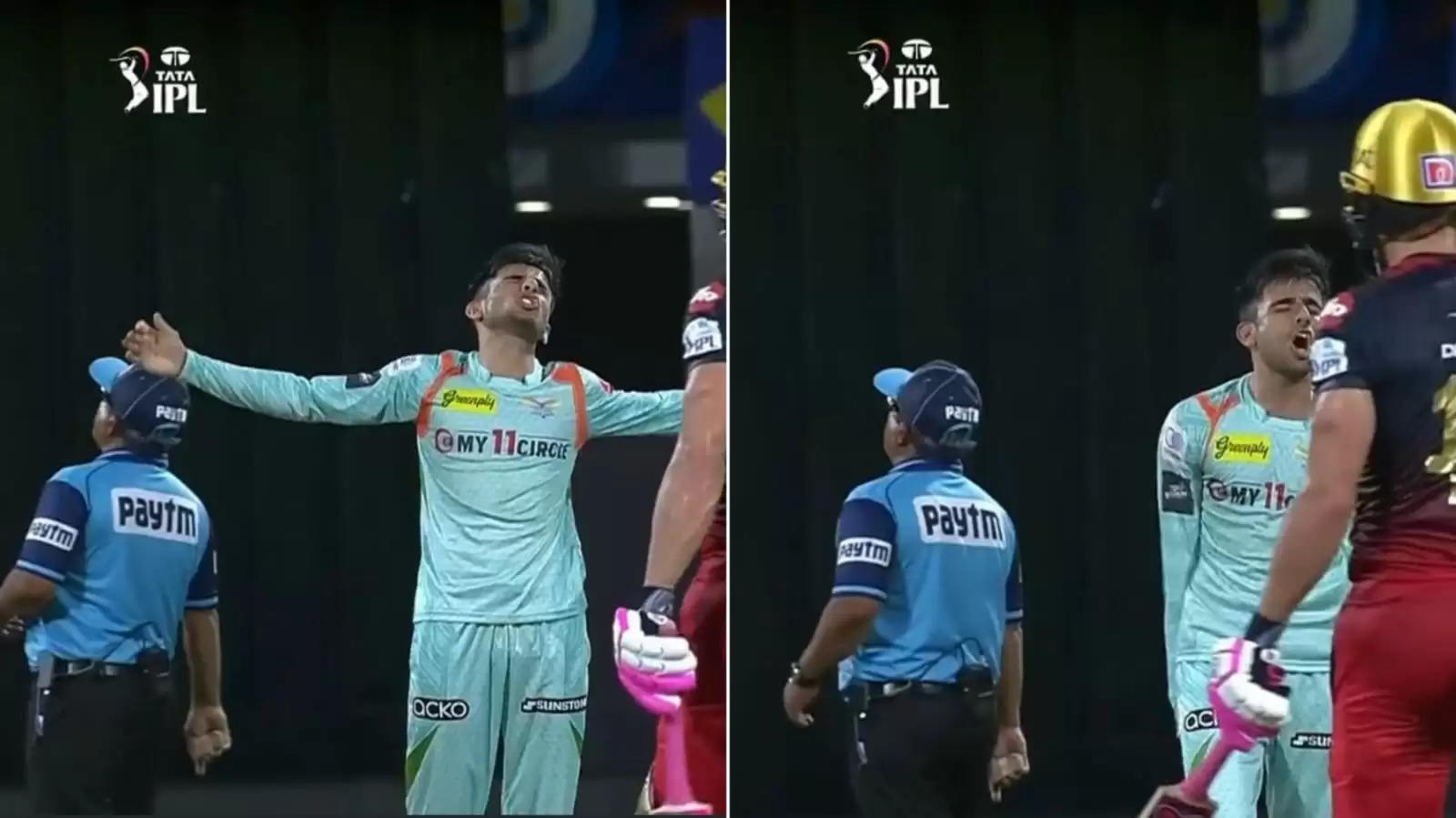 Lucknow Super Giants's leg spinner Ravi Bishnoi was mad at himself for conceding a six to the RCB captain Faf du Plessis. Bishnoi, who was bowling the 14th over of the first innings, conceded a six off the fourth ball of that over which made him upset. The six also brought up the fifty-run stand between du Plessis and Shahbaz Ahmed who were taking RCB to a commendable total after a poor start.

WATCH: Bishnoi being angry at himself for a six conceded to Faf du Plessis:

Ravi Bishnoi went for 10 runs in that particular over and his overall figures of 4-0-47-0 was disappointing. RCB would also finish their innings at 181-6 which turned out to be a good score considering the depth in their bowling department.

Last year was an eventful year for him as he was one of the main star performers for the Punjab Kings for which he would go on to receive his maiden India cap in the T20I series against West Indies which happened shortly after the series against New Zeland back in February. He has played a total of four international matches (three against the West Indies and one against Sri Lanka) while picking up four wickets.