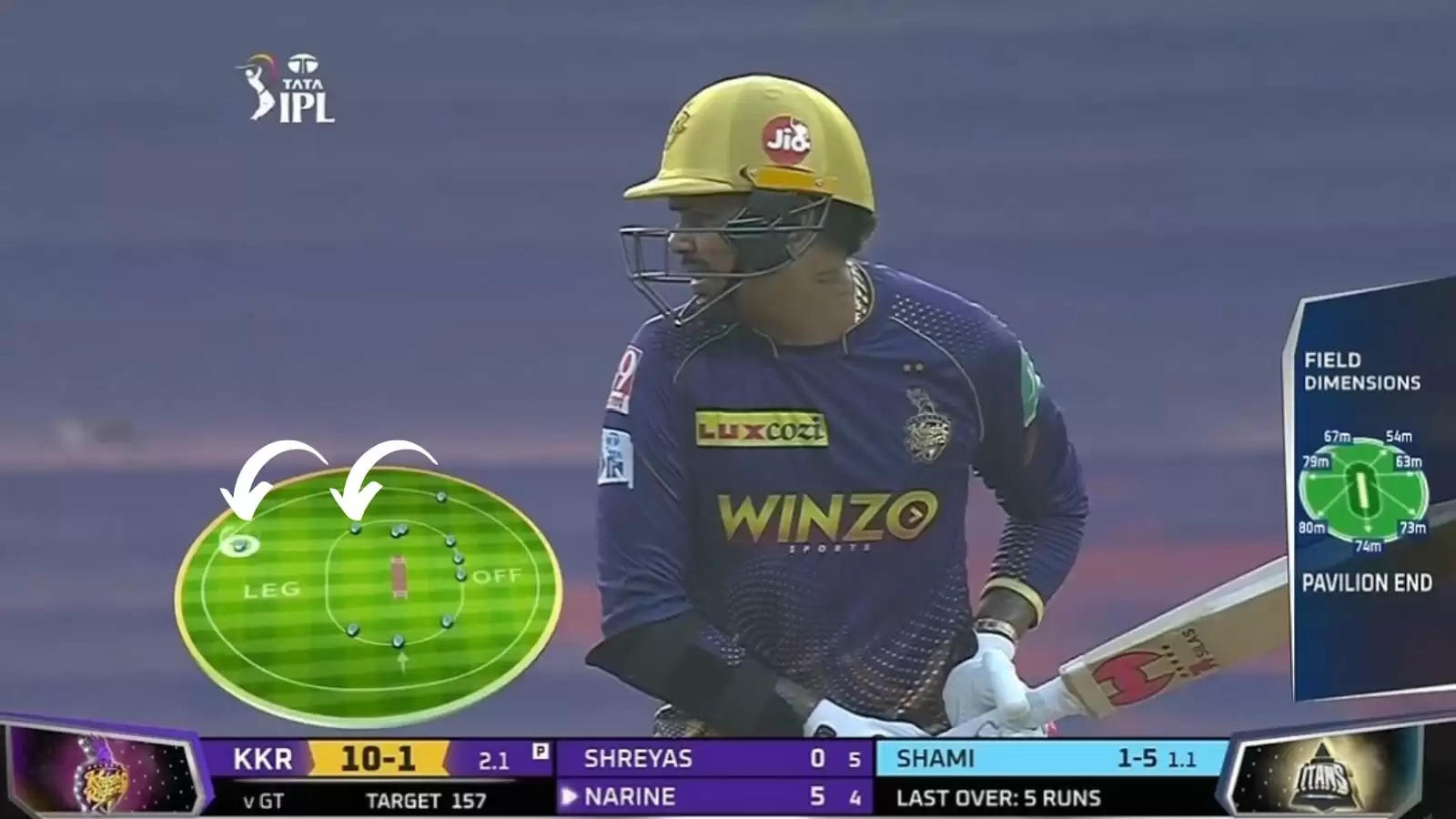 GT skipper Hardik Pandya had one of his moments of success on the field with Mohammed Shami providing perfect execution.

Pandya planned and Shami delivered, as the captain-pacer duo was on the top of their game for the threatening figure of Narine with the bat in hand.

Sent to bat No.3 with the intention to ease up KKR's chase of the 157-run target on a dry surface in Mumbai, Narine had to make the long walk for just 5 runs off 5 balls.

Once again, the explosive left-hander was done in by a set-up against his issues off the short-pitched bowling. Seeing Narine come to the crease, Hardik Pandya instantly placed two men behind square through the on-side and asked Shami to bowl at his body from the over-the-wicket angle.

The plan came to fruition on the second ball of the 3rd over in the KKR run-chase. A delivery from Shami got too close to the left-hander's body and cramped Narine for room on an attempted pull shot.

But he could only hand a catch to the short-third fielder, who was placed a touch squarer from his normal position by captain Hardik Pandya.

Pandya had also put in place a fielder at the deep backward point to cover for the possibility of a skier from Narine's bat through the on-side.

Narine couldn't get proper connection on his pull shot and found the hands of a diving Lockie Ferguson. While the dismissal came about to a waist-high ball, the batter was mainly done in by the consistent use of the bouncer and the field-setting by Pandya that made him feel for it.

Shami benefited from his captain's game awareness and strong execution on his own part, adding one more scalp to his new-ball spell after the initial wicket of KKR wicketkeeper-batter Sam Billings. It was also an ideal start for the Titans in the defence of their modest score of 156/9 in the first half.