Ishan Kishan funnily lost sight of the ball with Nitish Rana getting an under edge on an attempted reverse sweep.
By Kashish Chadha Mon, 9 May 2022 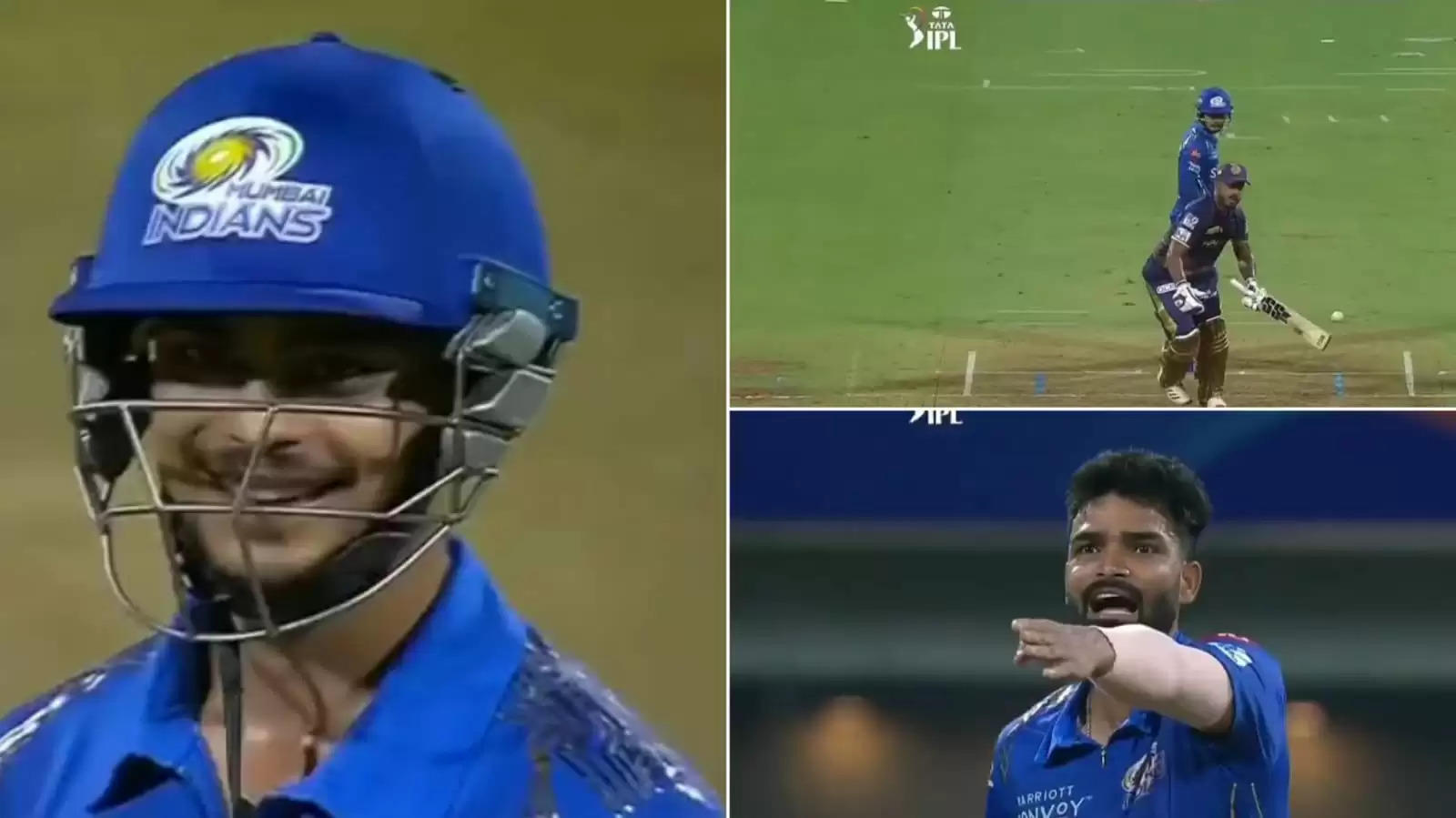 Ishan Kishan was left puzzled over the direction of the ball after a reverse sweep from Nitish Rana went wrong.

In funny scenes, Mumbai Indians (MI) wicketkeeper-batter Ishan Kishan completely lost sight of the ball while standing behind the stumps for his team's league stage encounter against the Kolkata Knight Riders (KKR) in IPL 2022 on Monday (May 9).

Kishan had absolutely no idea of the ball's whereabouts even as it was right there close to him, allowing KKR batter Nitish Rana to sneak in a single and get to the other end even as his attempted reverse sweep went wrong.

Facing MI's left-arm wristspinner Kumar Kartikeya Singh, the left-hander went for a reverse sweep but got a bottom edge that went peerlessly close to the wicketkeeper.

Ishan Kishan, however, lost sight of the ball and that allowed Rana to sneak in a single with his batting partner Ajinkya Rahane.

Ishan Kishan funny loses sight of the ball as keeper

The funny little incident took place on the fourth ball of the ninth over in KKR's first-innings at the DY Patil Stadium in Mumbai. Facing the left-armer Singh from over-the-wicket angle, Rana took evasive action and got into his attempted reverse sweep.

But the batter yorked himself and could only get a bottom edge down the short-third region. Seeing Rana go his stroke, Ishan Kisha turned to look at the short-third fielder as if the ball is going for a boundary. Not realising that the ball is rolling right beneath him.

As the ball rolled across the turf in the space between Kishan and the short-third fielder, Rana and Rahane instantly went for a single while Singh shouted at the wicketkeeper, telling him where exactly the ball is placed.

To be fair to Ishan Kishan, it was one of the rare errors from young India and Jharkhand keeper in this year's edition of the IPL. The left-hander's willow maybe quiet for MI but his keeping skills have certainly been on the rise.

The 23-year-old has been exceptional keeping to pace, be it the right-arm quicks or the left-arm ones, and has showcased improved acumen with the gloves against the spinners.