Ruturaj Gaikwad took the attack to Nortje early in his spell to put the pressure on him.
By CX Writer Mon, 9 May 2022 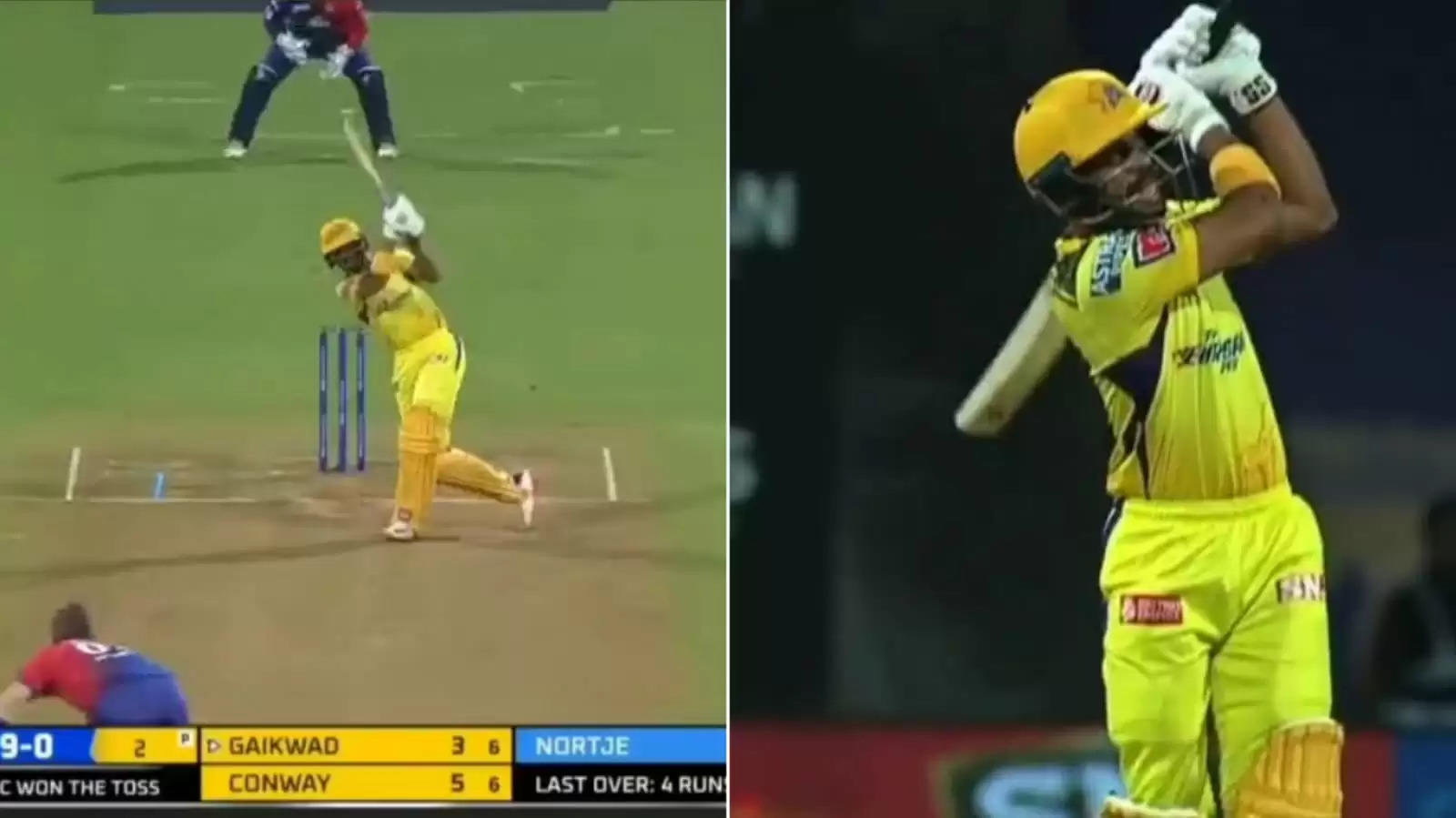 Gaikwad scored 41 runs off 33 balls with four fours and one six to his name and stitched a 110-run opening stand with Devon Conway.

Chennai Super Kings (CSK) thrashed Delhi Capitals by 91 runs in the 55th match of the Indian Premier League (IPL) on Sunday (May 8). Devon Conway was the star for the defending champions as they registered their fourth win of the season. The duo of Conway and Ruturaj Gaikwad yet again got the team off to a flyer at the top of the order after DC opted to field first.

CSK got off to a sedate start scoring only nine runs in the first two overs. It was Ruturaj first who showed some intent of scoring runs at a quick pace as he took on Anrich Nortje, possibly the fastest bowler in the Capitals camp.

It was a fiery welcome into the attack for the South African as Gaikwad smashed him for a six. Nortje is known for his pace and he delivered a 144 kph ball first up only to see the batter step out to fuller length delivery andbang it over long-on. Gaikwad didn’t lose his balance despite coming down the track and hence, the connection was superb as the ball travelled the distance.

However, Nortje finally got his man later in the innings. He dismissed Ruturaj Gaikwad in the 11th over when the latter mistimed a pull off a short delivery clocking over 150 kph. Gaikwad was late on the pull and hence, he could only miscue it to the short mid-on fielder. Apart from that six, the CSK opener didn’t have a great day scoring only 41 off 33 balls.

But he had done enough to play second fiddle to Devon Conway and stitch a brilliant partnership of 110 runs for CSK. Interestingly, Nortje ended up picking three wickets on the night as he nipped out Moeen Ali and Robin Uthappa cheaply in the final over of the innings.

He returned with the figures of 3/42 in his four overs but CSK managed to post a mammoth total of 208 runs for the loss of wickets and with the DC batters not putting up a fight, they lost the game by a whopping margin.