Ishan Kishan had a moment of real anger after his failure in MI's important league game against LSG in IPL 2022.
By Kashish Chadha Sat, 16 Apr 2022 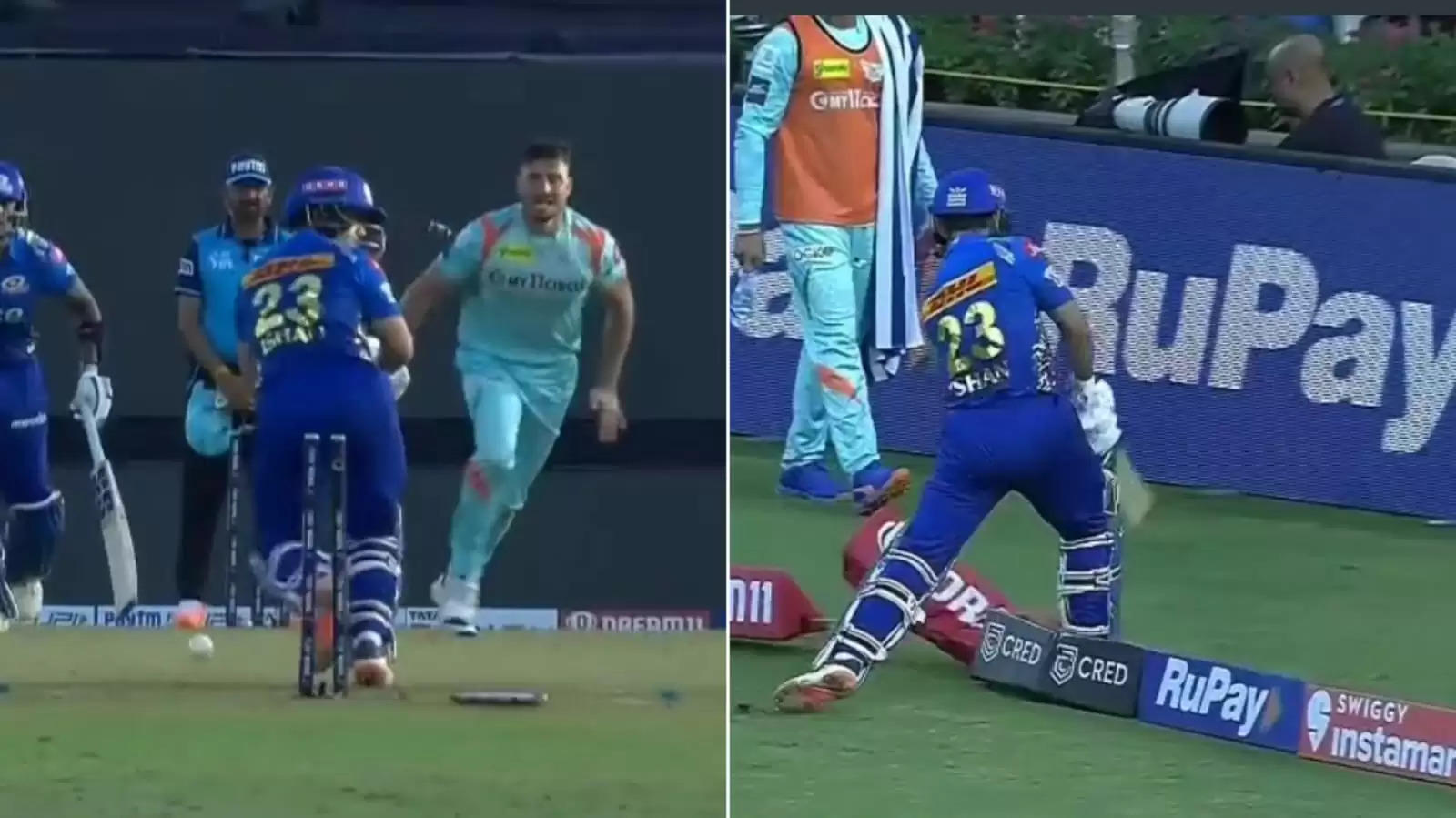 Frustration piled on to the boiling point for Ishan Kishan after his painstaking 17-ball 13 in MI's game versus LSG in IPL 2022.

Frustration borne out of a disappointing run of games seems to have reached a boiling point for Ishan Kishan, who was seen hammering the boundary cushion with the bat after his dismissal in Mumbai Indians' (MI) game on Saturday (April 16) afternoon.

Getting out to Lucknow Super Giants (LSG) allrounder Marcus Stoinis by inside edging a ball onto his stumps, Kishan vent out his frustration on the ropes near the MI dug-out at the Brabourne Stadium in Mumbai.

The incident typified the anger piling within the young left-hander over his indifferent run at the start of IPL 2022. Ishan Kishan has been struggling for any sort of flow and rhythm in his duties as an aggressor for MI.

Ishan Kishan vents out frustration after another failure in IPL 2022

The incident of thumping the bat on the boundary cushions took place after Ishan Kishan's dismissal on the second ball of the seventh over in MI's run-chase. Chasing a difficult 200-run target, MI were batting 57/2, needing another partnership to keep their innings going.

Facing LSG's weaker suit Stoinis, Kishan was looking to up the scoring and maximise the fifth bowler's quota. But he ended up inside edging a delivery onto his stumps and was forced to make the long walk back.

Looking to nudge a short-pitch delivery from Stoinis through the on-side, the left-hander found the inside edge and was left bitterly disappointed to see the leg-stump uprooted from its place.

Reaching near the MI dug-out, Ishan Kishan unleashed all his anger and frustration at the boundary cushion, hitting it with brute force to confirm his displeasure.

Before his wicket, Kishan had gone through 16 balls at the crease for just 13 runs in a painstaking effort inside the powerplay overs. His struggles forced MI skipper Rohit Sharma to push the accelerator and the batter lost his wicket in the process, with Kishan playing an indirect role in it.

Kishan has made 191 runs in his first six innings of IPL 2022 but made them at a poor strike-rate of just 117.17. His slow starts have put all the pressure on Rohit and the rest of the MI batting unit, especially as they are having to provide their weakened bowling that much cover through their innings.