Jasprit Bumrah seen showing off his left-arm version in the MI nets during IPL 2022.
By Kashish Chadha Wed, 27 Apr 2022 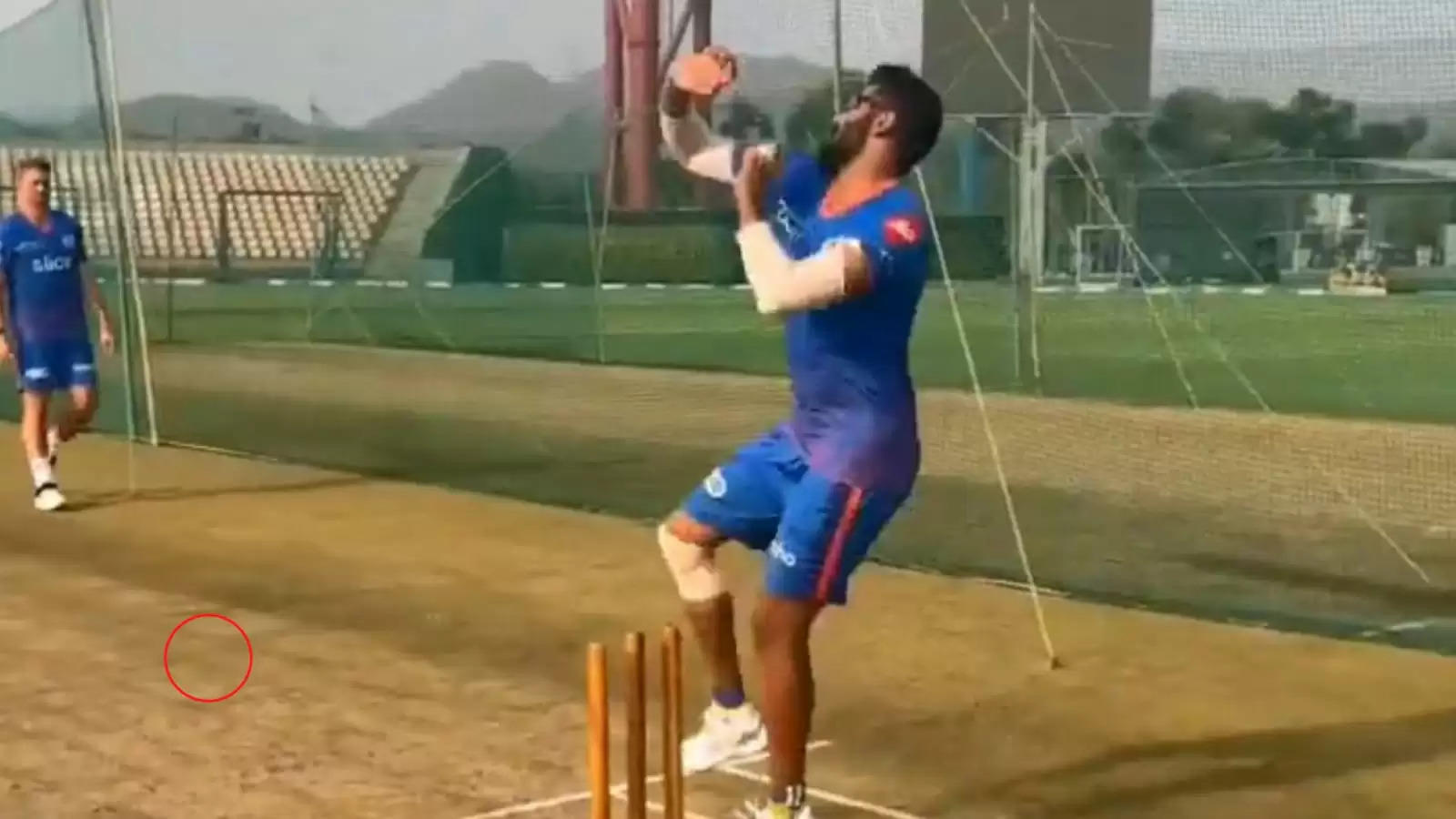 Despite operating with his non-bowling arm, Jasprit Bumrah hit the stumps on three successive deliveries.

India and Mumbai Indians (MI) ace quick Jasprit Bumrah was seen bowling with his left hand in fun and games at a net session for his team during the IPL 2022.

Bumrah unleashed his left-arm version at practice ahead of MI's next league stage encounter against the Rajasthan Royals (RR) on Sunday (April 30).

In a clip posted over Twitter by MI, the speedster was seen practising from a few steps into the delivery stride and managing to hit the stumps at the other end despite bowling with his non-bowling arm.

Posting a clip on their official Twitter handle on Wednesday (April 27), five-time winners MI sent a funny warning to their opposition that their premier quick is capable of even turning a left-armer if the situation required.

Jasprit Bumrah took a few steps into his delivery stride and let the ball go with unerring accuracy even in the left-arm version of the world renowned fast-bowler.

Through the audio at the backdrop, one can hear fellow quick Daniel Sams mentioning that Jasprit Bumrah had hit the stumps on three successive occasions despite bowling with his non-bowling arm.

Bumrah's unorthodox clock-like bowling action has been mimicked in different versions by other fast bowlers in the world. This was the first instance of the bowler himself trying a variety of the same and that too in the left-arm version.

The 28-year-old's left-arm action was a little more orthodox and had its entire energy synced in line with the stumps, enabling accuracy and speed. It mirrored, by the looks of it, a mix of MI's director of cricket and Indian great Zaheer Khan and contemporary Sunrisers Hyderabad (SRH) pacer T Natarajan.

MI will desperately hope for Jasprit Bumrah to find his best form for their next match against the Royals, as they strive to end their eight-match losing streak at the start of IPL 2022.