Watch: Kane Williamson gets angry at himself after edging an attempted pull back onto his stumps

Kane Williamson had his rare moment of anger after an untimely dismissal for SRH against KKR in IPL 2022.
By Kashish Chadha Sat, 16 Apr 2022 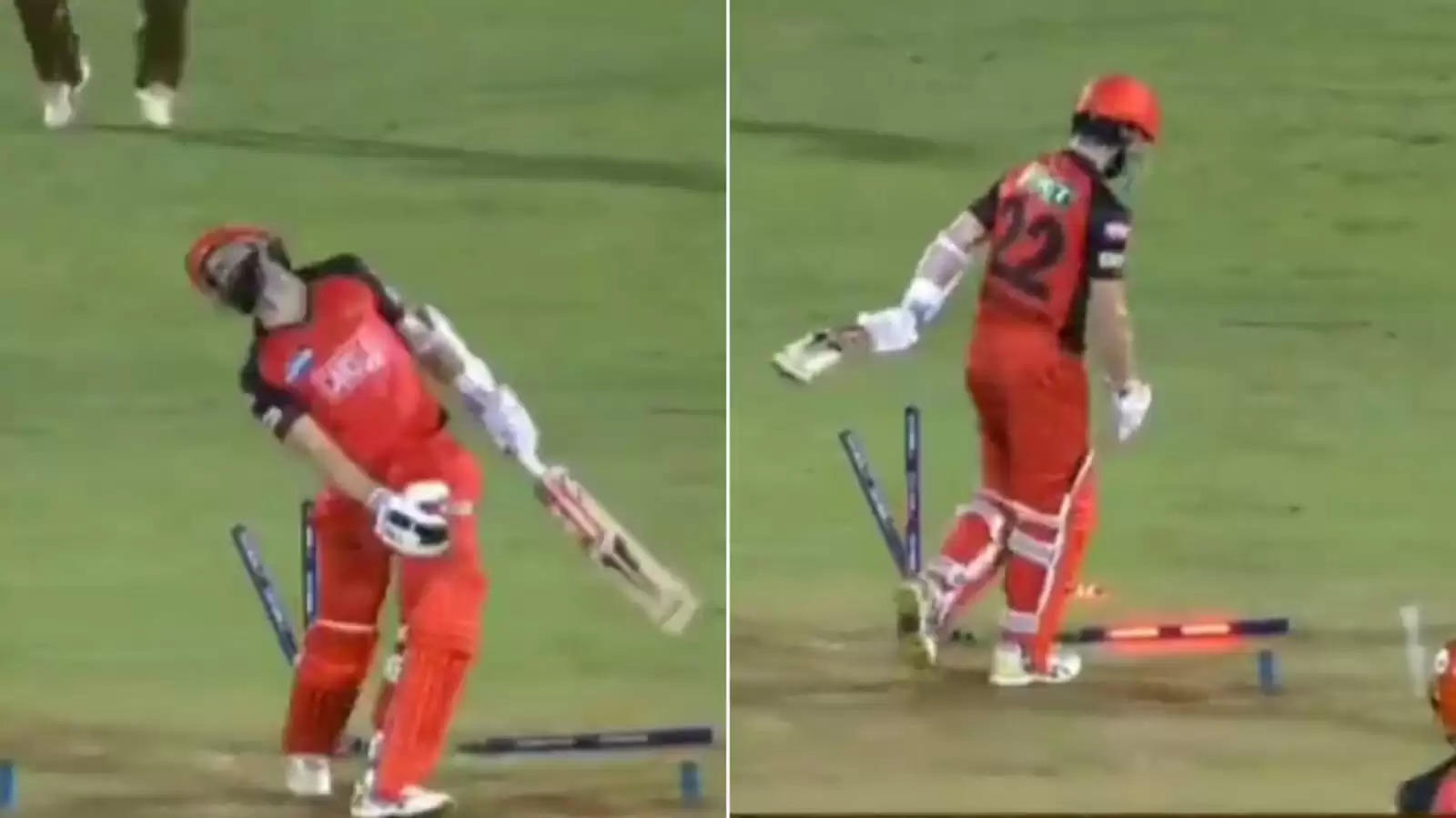 Kane Williamson reacts angrily over his untimely dismissal in SRH's run-chase versus KKR in IPL 2022.

The usually cool and composed Kane Williamson had his rare moment of anger in Sunrisers Hyderabad's (SRH) IPL 2022 encounter this Friday (April 15). Williamson was seen livid over his dismissal after he edged Kolkata Knight Riders (KKR) allrounder Andre Russell back onto his stumps.

The SRH captain played a pull shot seeing Russell land the ball in short of good length. But instead of finding the mid-wicket boundary, he could only miscue the ball back at the three sticks positioned behind him.

The New Zealand great was done by a slower ball from Russell that robbed him the desired timing on his attempted pull shot. Too early into his stroke, Kane Williamson edged the ball rather than finding the sweet spot for maximum connection.

The moment he saw the stumps dislodged, Williamson looked to the heavens and shook his head in deep anger and frustration.

The dismissal and Kane Williamson's rare moment of anger were seen in the earlier half of the 6th over in SRH's run-chase against KKR. Chasing the difficult 176-run target, the 2016 champions had lost an early wicket but found themselves reasonably well-placed at 39/1.

Williamson, their skipper, was setting himself up for another anchoring job when he erred with his bat speed while playing a pull shot against Russell's nicely disguised slower ball and ended up edging the ball on his stumps.

The untimely dismissal and the nature of it seem to have got to Williamson in that moment and that brought out an angry reaction from even the calmest cricketer on the planet.

A designated anchor for SRH, Kane Williamson was setting himself up for a long haul at the point of his dismissal, batting 17 off 15 balls. But on the 16th, he was done in the slowness of the delivery from Russell.

What would've added to the frustration is the fact that it was Williamson's fourth low score for the tournament in five innings. The batter is now averaging 24.80 and a pedestrian strike-rate of 99.20 in IPL 2022.