Mohammad Rizwan unleashed his own 'Naseem Shah' with the ball in hand for Sussex in their game against Durham.
By Kashish Chadha Mon, 2 May 2022 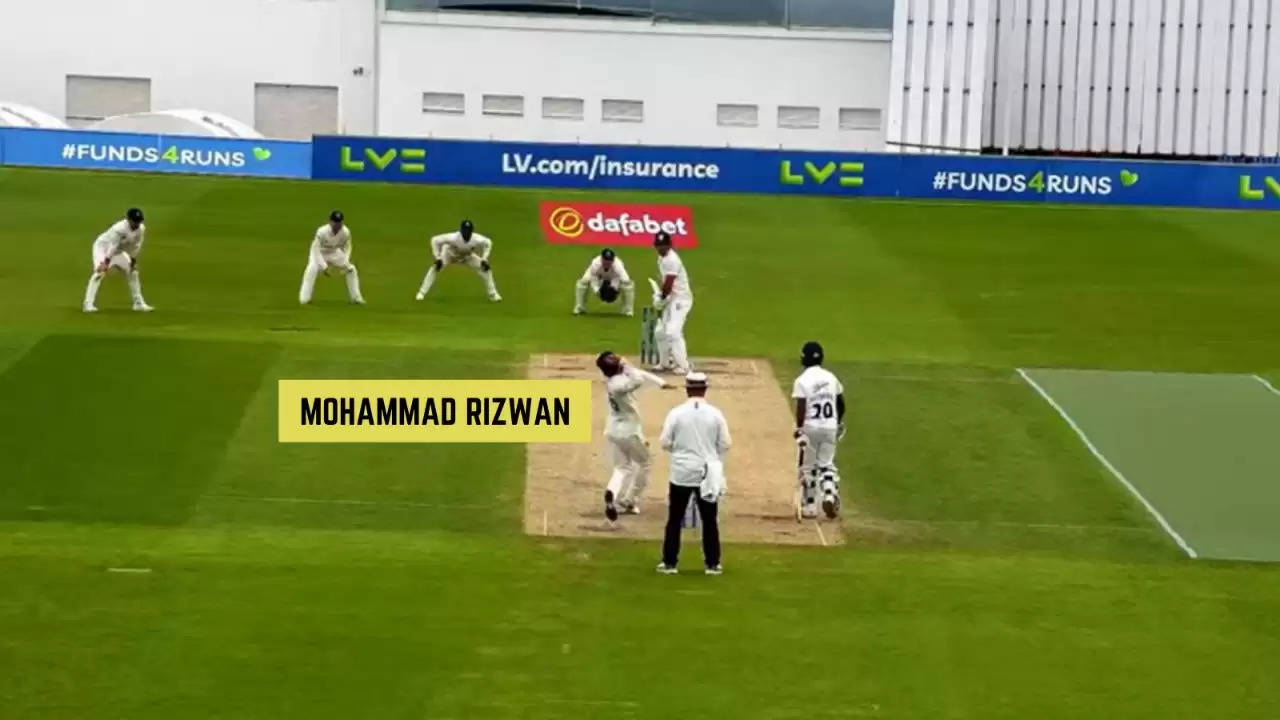 Mohammad Rizwan hit the delivery stride near the close of a dull draw in Division 2 Durham-Sussex encounter.

Filling in to provide Sussex's main bowler some breather close to a certain draw on Day 4 of a Division 2 fixture against Durham at the county ground in Hove, Rizwan also mimicked fellow Pakistan quick Naseem Shah to a large extent.

There was an unerring similarity in the right-armer's action with that of his countrymate and one of the world's brightest young quicks in the contemporary game.

By looks of it, Mohammad Rizwan has been practising his bowling a lot in the nets, as he bowled with some exceptional control for most part of his first over for Sussex. Usually found standing behind the stumps, Rizwan hit the delivery stride with a surprisingly accurate set of six deliveries.

The right-arm seamer also nearly had a wicket to show for his effort, when he induced an outside edge off the bat of Durham batter David Bedingham. The thick edge nearly flew to the close-in fielder and almost resulted in a wicket that Rizwan would've never forgotten in his life.

Amusingly, Mohammad Rizwan seems to have learnt his bowling trade from someone with whom he has spent a lot of time in the Pakistan dressing. The wicketkeeper unleashed his own version of Naseem and his quick-arm action from over-the-wicket.

The 29-year-old mimicked Naseem to perfection, leading a fan on social media to refer to him as "Naseem Shah lite" for his unerringly similar bowling action.

Rizwan would take this as a huge compliment for him, having thus far enjoyed all his fame through exploits with the bat and the gloves.

The Durham fixture would feel quite satisfying for the cricketer as he also struck a fighting 79 off 145 deliveries in his only innings for Sussex.