Ruturaj Gaikwad smashed SRH speedster Umran Malik for a brilliant six down the ground.
By Kashish Chadha Sun, 1 May 2022 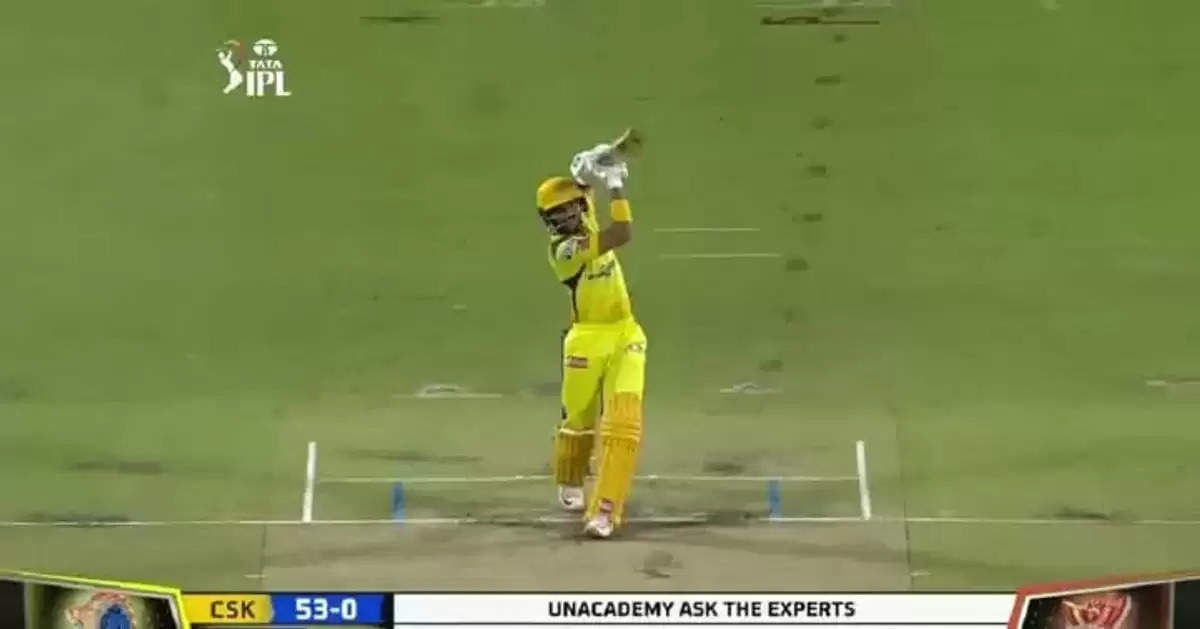 A sensational six off the bat of Ruturaj Gaikwad against Umran Malik evoked Virat Kohli at his peak.

Gaikwad went up and over in response to a full-pitched ball from Malik through the wide long-on region for a maximum. It was a picturesque stroke, as the batter went ahead with his beautiful downswing and added a six to his tally with minimum fuss.

It was also a stroke that evoked the seemingly distant memory of watching the great Virat Kohli bat at his peak in the IPL and for India. When Kohli finds it in his radar, he too focuses on keeping his downswing straight for optimum connection through the long-off or the long-on region.

Ruturaj Gaikwad did so against the fastest IPL quick on display, hitting Malik to the vacant wide long-on region for a maximum.

The six from the bat from an in-form Ruturaj Gaikwad was seen in the back half of the eighth over in CSK's first-innings against SRH in Pune. On the look out for fours and sixes, the right-hander found one perfectly in his radar from pacer Malik for a maximum down the ground.

It was a lovely uppish drive for a six that, aided by the pace on the ball from Malik, kept sailing over the long-on boundary. Gaikwad picked his spot to perfection since there was no fielder placed in that region.

Ruturaj Gaikwad. Easy as You Like Against Umran Malik pic.twitter.com/crCgvz2gm1

India legend Kohli played a similar stroke during one his famous hundreds in a 2017 ODI against England at the same venue in Pune. Admittedly, Ruturaj Gaikwad's was an uppish drive, while Kohli's stroke was more of a pull. But both the batters jabbed at the ball, instead of giving it the full monte, for a six through the on-side.

It was a six that would've pleased Gaikwad a lot. Facing doubts from certain corners for his ability to play high-end pace, what better example the batter could've given of his range than smashing the quickest bowler on show in this year's IPL?