Mohammad Rizwan unleashed his fielding skills with a sensational grab for Sussex.
By Kashish Chadha Wed, 4 May 2022 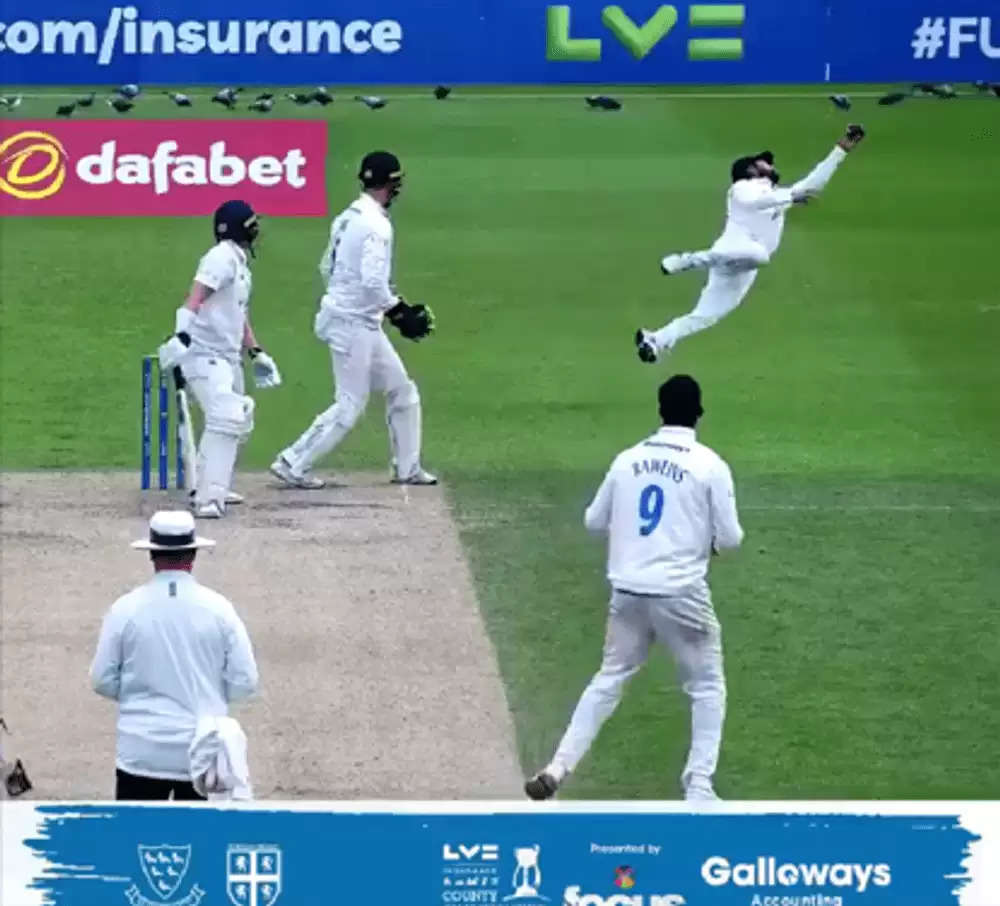 Usually seen with the gloves in hand, Mohammad Rizwan had been provided a breather from his keeping duties.

Relived of the strenuous keeping duties, Mohammad Rizwan showcased his game awareness and athleticism in the field for Sussex in the County Championship in England.

The wicketkeeper-batter took a fantastic rebound catch in the slips, where fans are not used to seeing him placed on the cricket field.

Taking evasive action after the ball ricocheted off the standing wicketkeeper's pads, Rizwan made a timely jump to collect the ball with his left hand while both his feet were in the air.

In a picturesque grab, Mohammad Rizwan made a full-stretched dive to secure the wicket for his team after left-arm spinner Delray Rawlings induced an outside edge off the bat of Durham left-hand batter Scott Borthwick on the game's final afternoon.

Entering the game as Sussex's designated keeper, Mohammad Rizwan had been provided a short break from his duties on the final afternoon, with skipper Tom Haines asking him to stand at first slip.

Yet, the cricketer's task didn't get any easy after a rebound off standing wicketkeeper's legs flew to his left-hand side and required him to make a valiant dive just to grab hold of the ball.

Crouching low in anticipation of an outside edge falling low near his legs, Rizwan had to take evasive action and quickly adjust from his position before making a full-stretched leap to take the catch.

The passionate cricketer went for the catch wholeheartedly and ensured that the opposition didn't get away after offering his team a wicket-taking chance.

It was one of the happier moments for Sussex on what was otherwise a dull final day's play in their drawn encounter against Durham at the county ground in Hove.

For Mohammad Rizwan, however, there was much to smile about from the fixture, having made a solid 79 off 145 deliveries in his only innings. The famous feature of his knock was that it came entirely within a rare partnership with India's veteran Test player Cheteshwar Pujara. The Indo-Pak duo stitched a partnership of 154 runs for the sixth wicket.