Nitish Rana was outfoxed by a slower ball from Mustafizur Rahman while attempting a scoop shot.
By Kashish Chadha Fri, 29 Apr 2022 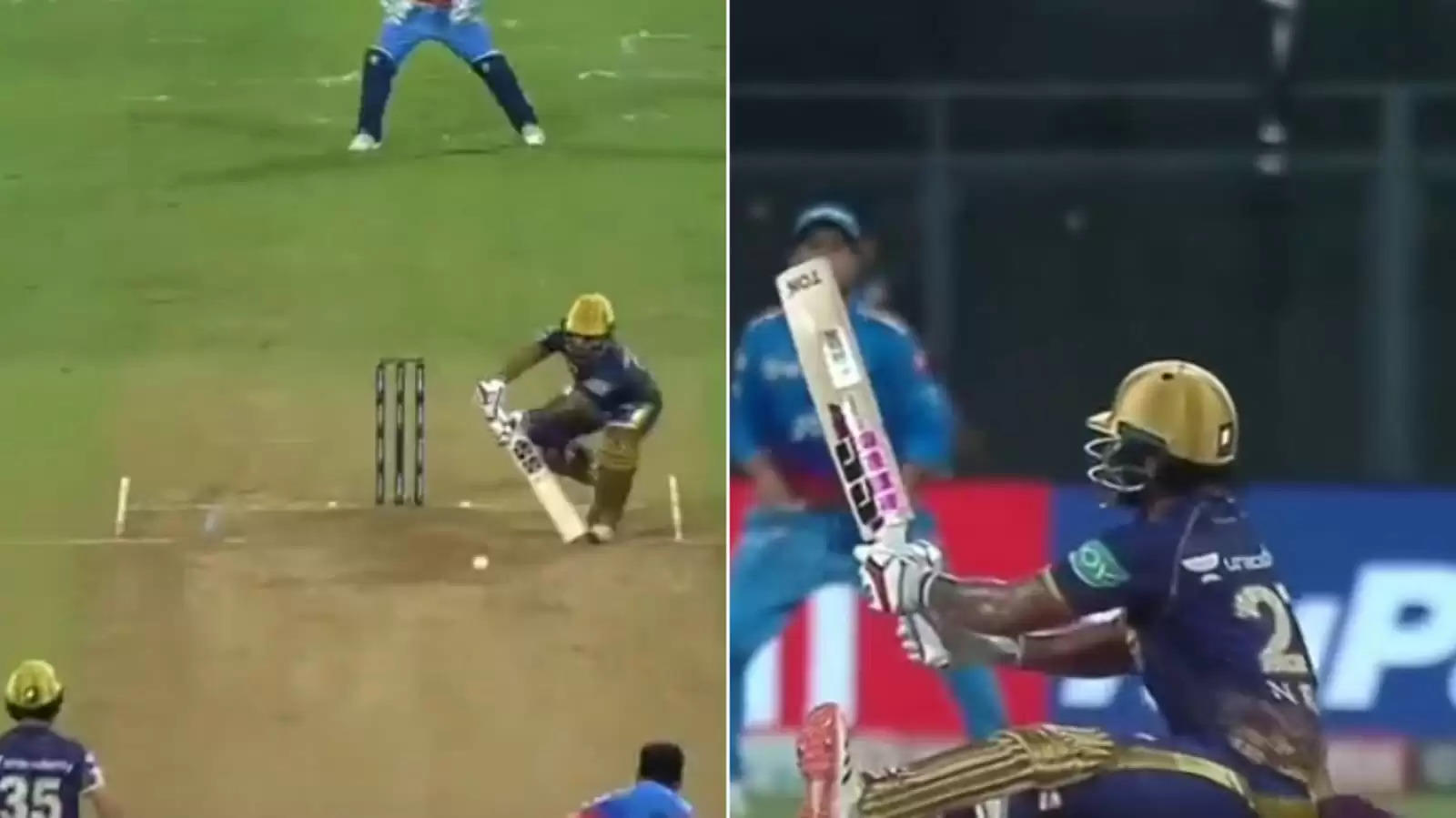 The ball took the outer edge on the base of Nitish Rana's bat and hit the grill of his helmet.

In a funny sight, Kolkata Knight Riders (KKR) batter Nitish Rana received a blow to his grill after a rebound off his own willow in an attempted scoop gone wrong during his team's IPL 2022 league-stage encounter against the Delhi Capitals (DC) on Thursday (April 28).

Hoping to go up and over DC wicketkeeper Rishabh Pant for a boundary, the KKR left-hander was outdone by pacer Mustafizur Rahman, whose slower ball induced a miscued stroke that hit the grill of Rana's helmet.

Not only did the KKR batter fail to execute his stroke, but also ended up falling to the side of the playing surface to make the matter more embarrassing for him. Eyeing optimum connection, Nitish Rana could only toe-end his lap shot.

Nitish Rana collapses after a rebound on grill off the bat

The little incident is from the 18th over of KKR's first-innings against DC at the Wankhede Stadium in Mumbai. Despite being well set at 42 off 24 at the time, Nitish Rana was foxed on the 25th by a superb in-cutter from Rahman while attempting his scoop shot.

The stroke usually pays off well for the left-hander, but on this occasion, the lack of pace meant that the ball found him a little too early into it and hit the outer part of the base of his willow rather than finding the sweet spot.

Rahman made a last-minute change in his plan and that paid dividend for him, as Rana could only hit the grill off his helmet off the willow and collapsed to the edge of the surface in a funny sight.


Barring that embarrassing miscued stroke, however, Nitish Rana looked in supreme touch for KKR on the night, playing their hero with an exceptional  57 off 34 balls, including 3 fours and 4 sixes.

Walking in at No.6 with KKR reeling at 35/4, it was Rana's effort that took the two-time champions to a fighting score of 146/9 in their 20 overs against a star-studded DC bowling line-up.

Eventually, the innings did not prove enough for a KKR victory, but it shall boost the confidence of the left-hand batter, whose form hadn't been the greatest in the previous games.