Prasidh Krishna and Aaron Finch were involved in a verbal altercation after latter's dismissal in an IPL 2022 league game.
By Kashish Chadha Tue, 19 Apr 2022 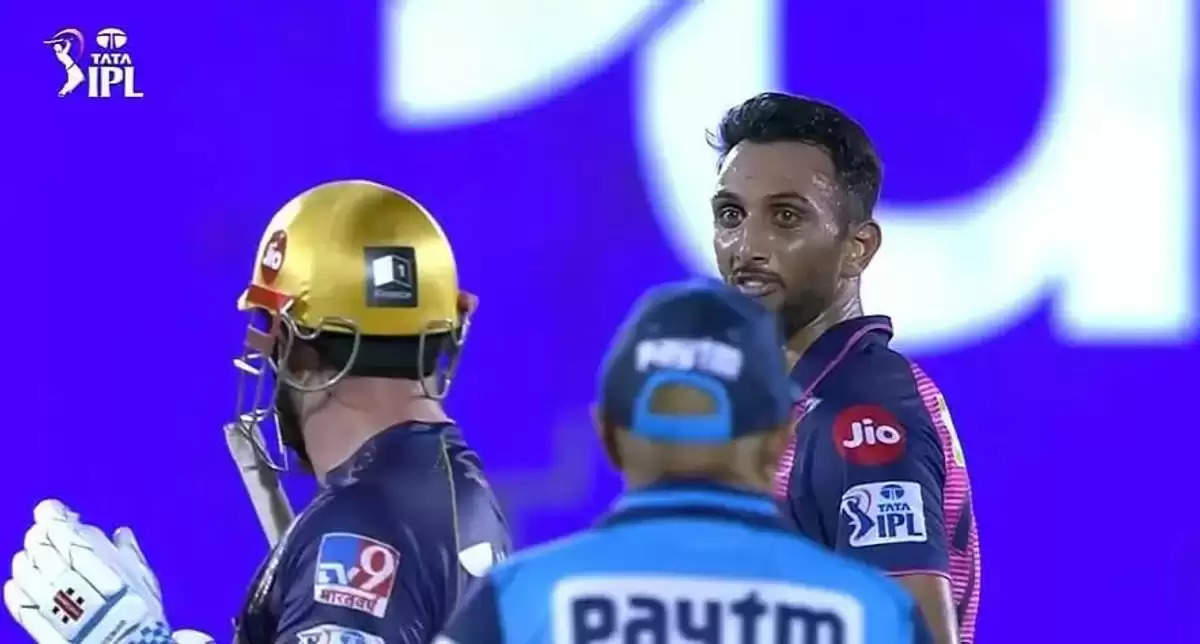 Visibly upset for being smashed by Finch for a couple of fours earlier in the over, Prasidh took the opportunity to get back at the rampaging KKR batter with an angry send-off after getting his wicket.

Earlier in the innings, too, Finch had disturbed Prasidh Krishna's figures with some fantastic hits through his eye-catching knock of 58 off 28 balls and that frustration piled on to result in a rare moment of anger for the usually calm and composed cricketer.

Starting the ninth over of KKR's run-chase with poor personal figures of 0 for 22 off his first 2 overs, Prasidh Krishna began precariously in the third as well. The bowler bowled three wides either side of a pair of boundaries in his third consecutive expensive over for the night.

But just before the over was finished, the right-arm seamer had his moment of respite, where he got Finch out caught off a miscued big shot through the off-side. Finch couldn't get sufficient connection on a bouncer and could only baloon the ball into the hands of RR's Karun Nair.

The moment Nair took the catch, Prasidh erupted in celebrations and went near Finch to give him an ugly send-off. The Australian also didn't hold back and responded to him in equal measure, resulting in a verbal altercation between two otherwise sedate and well-behaved cricketers on the field.

While Prasidh Krishna got his man eventually, the battle was won without any doubts by Finch, who smashed one of the premier opposition quicks in his blistering half-century that set the tone for KKR's stiff chase of RR's daunting score of 217/5 in 20 overs.

Personally as well, the Australian would've felt relieved to have performed with bat in hand after carrying doubts outside about his prospects as a stand-in KKR opener after historic struggles in the IPL.