Watch: Prasidh Krishna's brilliant setup to get Liam Livingstone Out

Prasidh Krishna had the last laugh in his interesting dual with Liam Livingstone.
By Kashish Chadha Sun, 8 May 2022 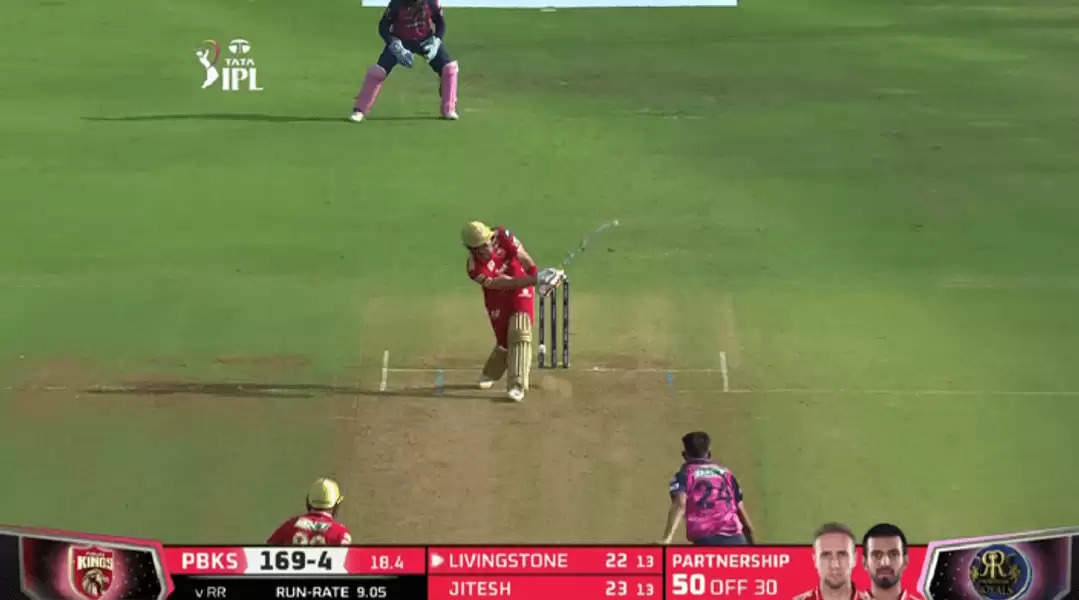 Moving across the off-stump, Liam Livingstone was done in by a superb yorker from Prasidh Krishna in an interesting over.

Rajasthan Royals (RR) speedster Prasidh Krishna won an interesting battle against Punjab Kings' (PBKS) explosive batter, Liam Livingstone, with a pinpoint yorker after the right-hander moved across the stumps one time too many in an IPL 2022 game on Saturday (May 7) afternoon.

Facing Krishna from the around-the-wicket angle for the right-arm seamer, Livingstone moved across to the off-side to try and get the ball up and over the off-side.

After pulling the initial exchange of the dual in his favour, the batter was done in by a sharp change in line from the seamer, who hurled a yorker past his legs that thumped onto his off-stump.

Livingstone tried to resurrect himself with a flick through the on-side but the speed on the ball from Prasidh Krishna was such that he could never make contact with it and had to make the long walk back.

Prasidh Krishna gets Liam Livingstone with a sensational yorker

Initially in the over, Livingstone had tried to get under the seamer's skin by moving well outside the off-stump, tempting him to follow him with the intention to hit him up and over.

Falling into the trap, Prasidh Krishna, who was trying to deliver as quiet a 19th over in PBKS' first-innings as possible, ended up landing it outside the 22-yards for a wide at one stage. Ruffled by that, the bowler was then taken for a six and a four in the balls that followed.

Eventually, however, the bowler had the last laugh, making Livingstone realise the double-edged sword he was carrying. The seamer sent a rocket past the batter down leg side, getting him out with a pinpoint yorker that nearly uprooted the off-stump from around-the-wicket angle.

The early exchanges of the over once again raised debates around the wide calls in white-ball cricket and how stationary can the tram line be considered when the batters are moving so far across their batting crease.

Earlier in the tournament, Royals skipper Sanju Samson was left livid after the on-field umpire decided to call out a pair of wides against his seamer Kuldeep Sen even as Kolkata Knight Riders (KKR) batter Nitish Rana moved well outside the off-stump to try and lap the ball through fine-leg.