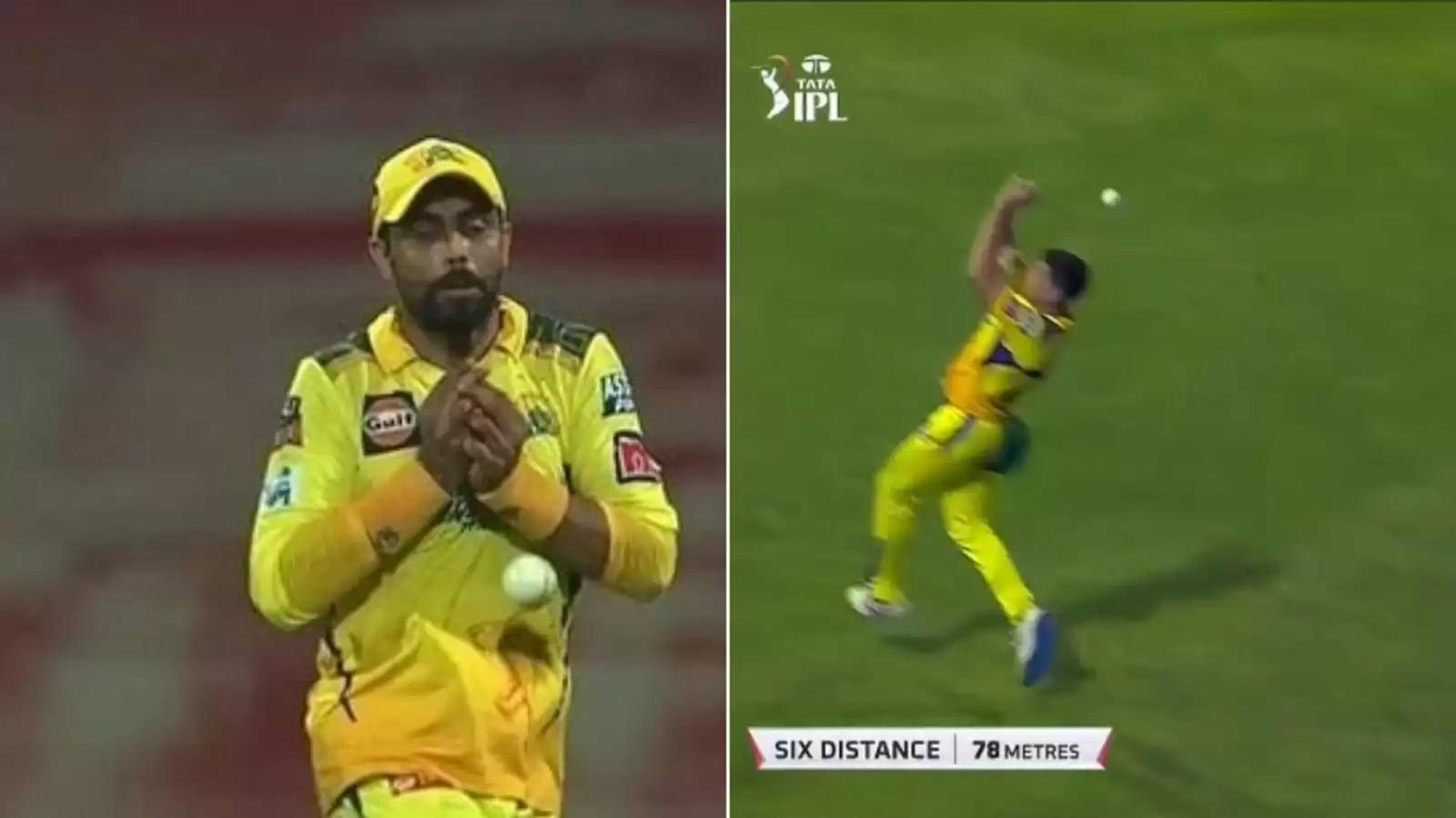 It was a moment of agony for Ravindra Jadeja, who had himself dropped a few chances off Mitchell Santner in the previous match.

Chennai Super Kings (CSK) have been a dropping a lot of catches in IPL 2022, with even their best fielder and skipper Ravindra Jadeja letting go of chances. Jadeja dropped two comfortable catches off the bowling of Mitchell Santner in CSK's previous game versus the Mumbai Indians (MI).

And on Monday (April 24), the tables were reversed, as it was Santner's turn to drop the easiest of chances with Jadeja bowling against the Punjab Kings (PBKS).

From one left-arm spinner to the other, the New Zealander shelved a straightforward catch near the ropes to concede an unlikely six to PBKS left-hander Bhanuka Rajapaksa.

CSK fans would've felt horrible in the moment, seeing Santner drop an easy chance and giving the dangerous Rajapaksa a reprieve when he would've least expected one. It was also a moment of despair for Ravindra Jadeja, who shook his head in disbelief over his teammate's mistake.

The drop catch was seen near the end of the 9th over in PBKS' first-innings at the Wankhede Stadium in Mumbai. Finding a delivery from Ravindra Jadeja in his radar, Rajapaksa smashed the ball to the deep mid-wicket region.

But CSK's field-setting seemed to have the shot covered, as the ball went straight into the hands of the tall-statured Santner.

Santner, however, made a mess of an easy opportunity to send the dangerous Rajapaksa back. And to add salt to injury for Jadeja and his team, the Kiwi cricketer also conceded a maximum that kept the PBKS' innings going.

Usually safe on the field, the left-arm spinner let go of a chance that he would grasp on nine days out of ten, failing to secure an easy wicket-taking opportunity for his team.

The moment would've annoyed Ravindra Jadeja a lot, but the cricketer couldn't have said much to Santner, having himself let go a couple of easy chances in the previous match off the fellow left-armer's bowling.

Even a supreme athlete like Jadeja making such errors perhaps sums up the season for CSK, who have played unconvincing and inconsistent cricket despite being the defending champions.