Pant hadn't collected the ball cleanly and was lucky that the ball bounced out of his gloves and directly hit the stumps to catch Russell short.
By CX Writer Fri, 29 Apr 2022 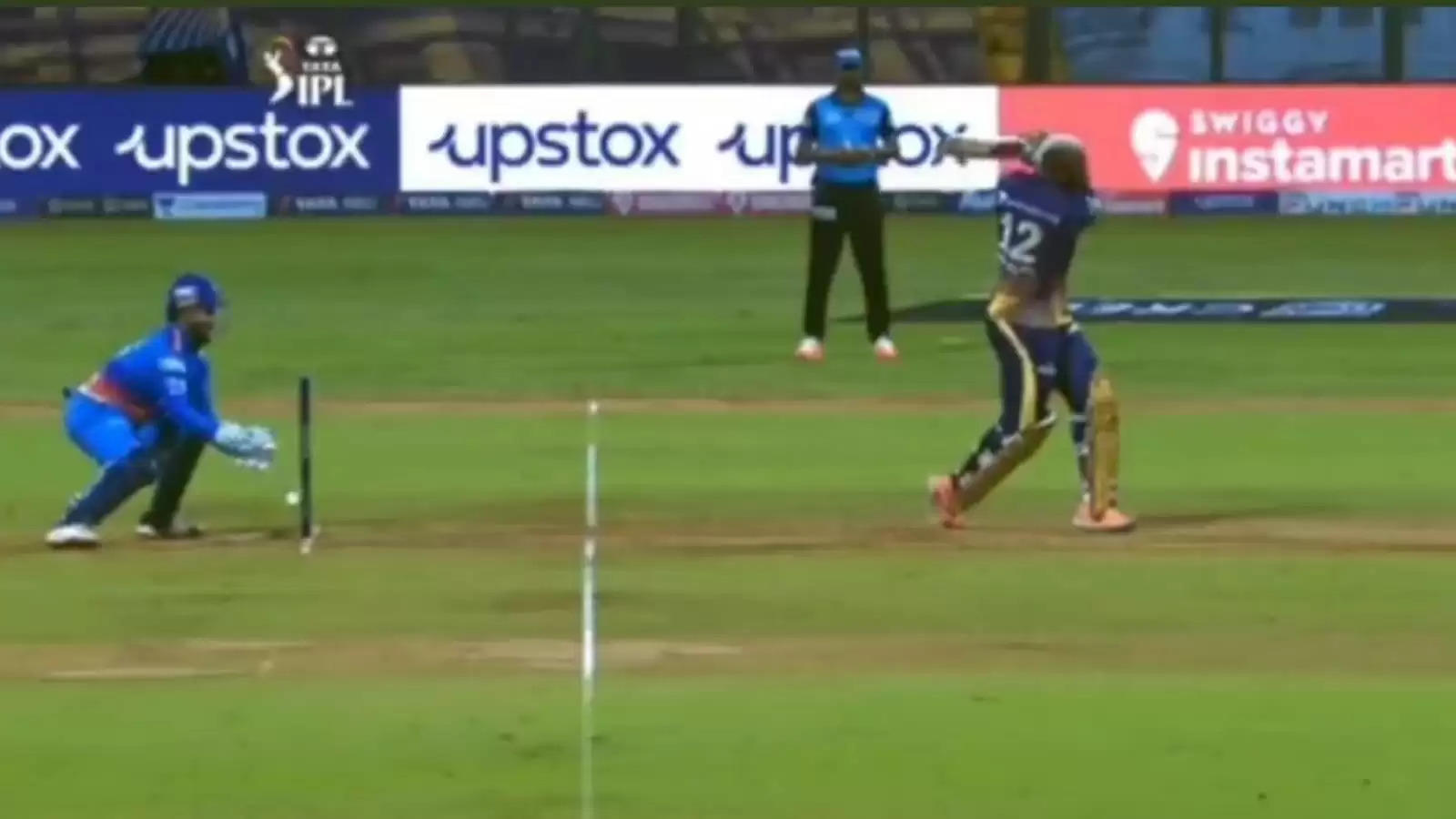 Apart from that, Pant was superb behind the stumps as he also took a brilliant catch to dismiss KKR skipper Shreyas Iyer.

Delhi Capitals put up a brilliant show in the 41st match of the ongoing Indian Premier League (IPL) against Kolkata Knight Riders (KKR) on Thursday (April 28). They won the contest by four wickets to stay in contention to make it to the playoffs as well. While there was a batting wobble in a tricky chase, the win was set up by the bowlers earlier in the day.

Kuldeep Yadav was the star with the ball picking up four wickets in only three overs that he bowled. Out of the four scalps, one was of dangerous Andre Russell who bagged a three-ball duck. He was dismissed in the 14th over of the innings when Shreyas Iyer was also sent back by the chinaman bowler.

Kuldeep’s tail was up having picked three wickets already and he was unfurling his variations during his spell. Russell didn’t have any clue on what happened on the first two balls he faced. Eventually, he ran out of patience and ran down the pitch to smack one out of the park only to miss the ball by miles.

It was an easy stumping opportunity for DC skipper Rishabh Pant. But he spilled the ball through his gloves and luckily, the ball thudded onto the stumps to disturb the bails and Russell was way down the track and had no chance to come back into the crease. It is not a great idea to reprieve a batter like Russell and Pant was extremely lucky that the ball went on to hit the stumps on the occasion.

However, though he was lucky on the occasion, Pant had taken an excellent low catch earlier in the over to dismiss the KKR skipper Shreyas Iyer. The latter had edged one off Kuldeep Yadav and Pant had his gloves right at that place at the right time to grab a stunner which not many are expected to take.

Overall, it was a good day on the field for the Delhi Capitals and despite Nitish Rana’s counterattacking fifty, KKR could only post 146 runs on the board. DC chased down the total comfortably in the end with one over and four wickets in hand.