Venkatesh Iyer blasted an explosive knock of 43 off 26 balls for Kolkata in their league game against Mumbai.
By Kashish Chadha Mon, 9 May 2022 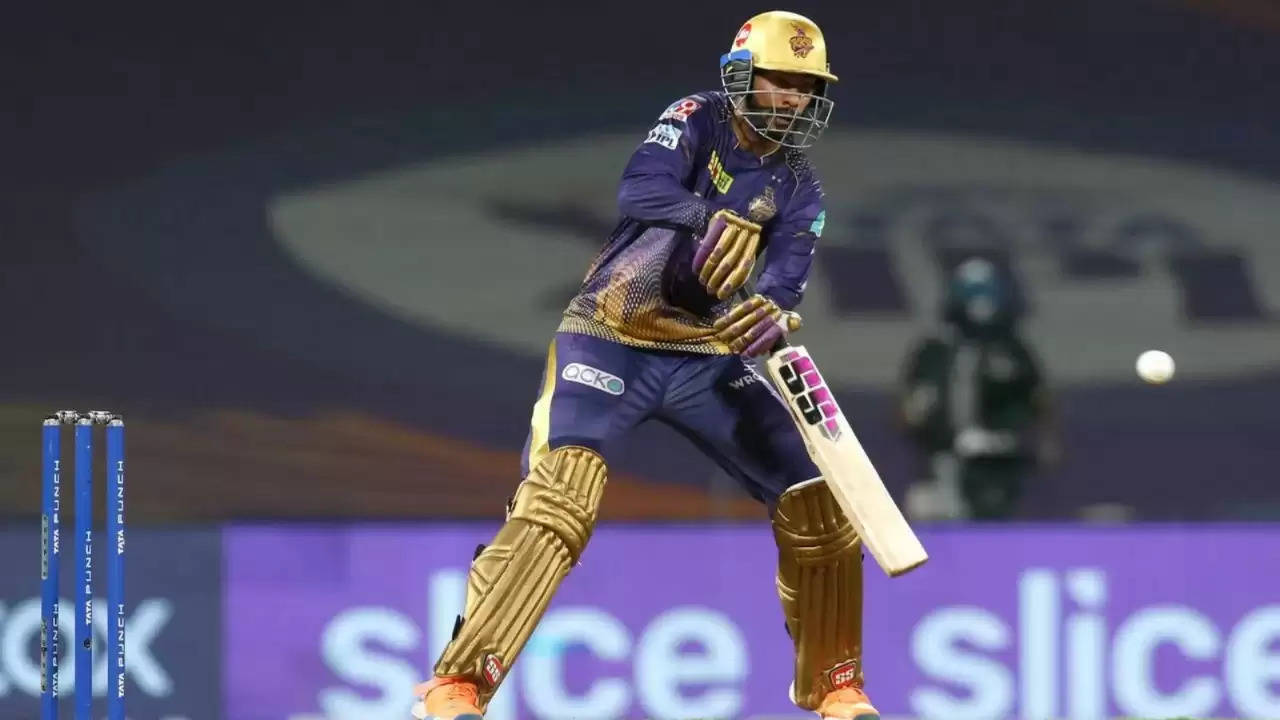 Walking outside the off-stump, Venkatesh Iyer unveiled an effortless six down the fine leg region against Riley Meredith.

Venkatesh Iyer regained some form with the bat and smashed an encouraging 43 off 26 balls on Monday against Mumbai. Opening the innings for Kolkata, the left-hander blasted his way to an explosive innings against Mumbai at the DY Patil Stadium.

Left out of the playing XI midway through the season, the India and Madhya Pradesh cricketer stood rejuvenated with an enterprising effort with the bat in hand. The left-hander took the attack to Mumbai's spinners and pacers, getting Kolkata off to an exceptional start inside the powerplay overs.

Iyer helped his team maximise the field restriction phase, hitting three fours and four maximums. For one of his sixes, the left-hander unveiled a terrific ramp shot over the fine-leg boundary against the Australian right-arm seamer Riley Meredith. It was one of Venkatesh Iyer's better shots for the season.

The delightful maximum was seen on the third ball of the fifth over in Kolkata's first-innings. Recognising Meredith's plan is to cramp him for room from around-the-wicket angle, Venkatesh Iyer walked across to the off-side and ramped the ball for a maximum that sailed over the deep fine-leg region.

Seeing Iyer move far outside the off-stump, Meredith did make a late adjustment by trying to go even wider of the left-hander with a short-pitched slower ball to deny him optimum connection. But the batter was up to task and dispatched the ball for another six runs to his and Kolkata's kitty.

Venkatesh Iyer is officially signed up on the Cricket NFT platform Rario which has several other Indian stars including Virender Sehwag, Zaheer Khan, Rishabh Pant, Dinesh Karthik and Bhuvneshwar Kumar are a few other major Indian players on Rario's roster.

Sign up on Rario to buy special moments of cricketers or from tournaments around the globe.

Usually the ramps played from wide outside the off-stump off slower balls tend to go sky high and fall comfortably into the hands of the fielder placed inside the circle behind square on the on-side. But Iyer got significant connection and hit the ball well away from the backward square leg fielder.

In the end, Venkatesh Iyer got out caught trying to go for one big shot too many against Mumbai's left-arm wristspinner Kumar Kartikeya Singh. But the left-hander would've been mighty pleased with his overall effort for the night, showing signs of recovery with bat in hand and looking like the player Kolkata had put their vote of confidence on with the pre-season retention.