Kieron Pollard had a funny error with the ball as it thumped onto umpire Chris Gaffaney.
By Kashish Chadha Mon, 9 May 2022 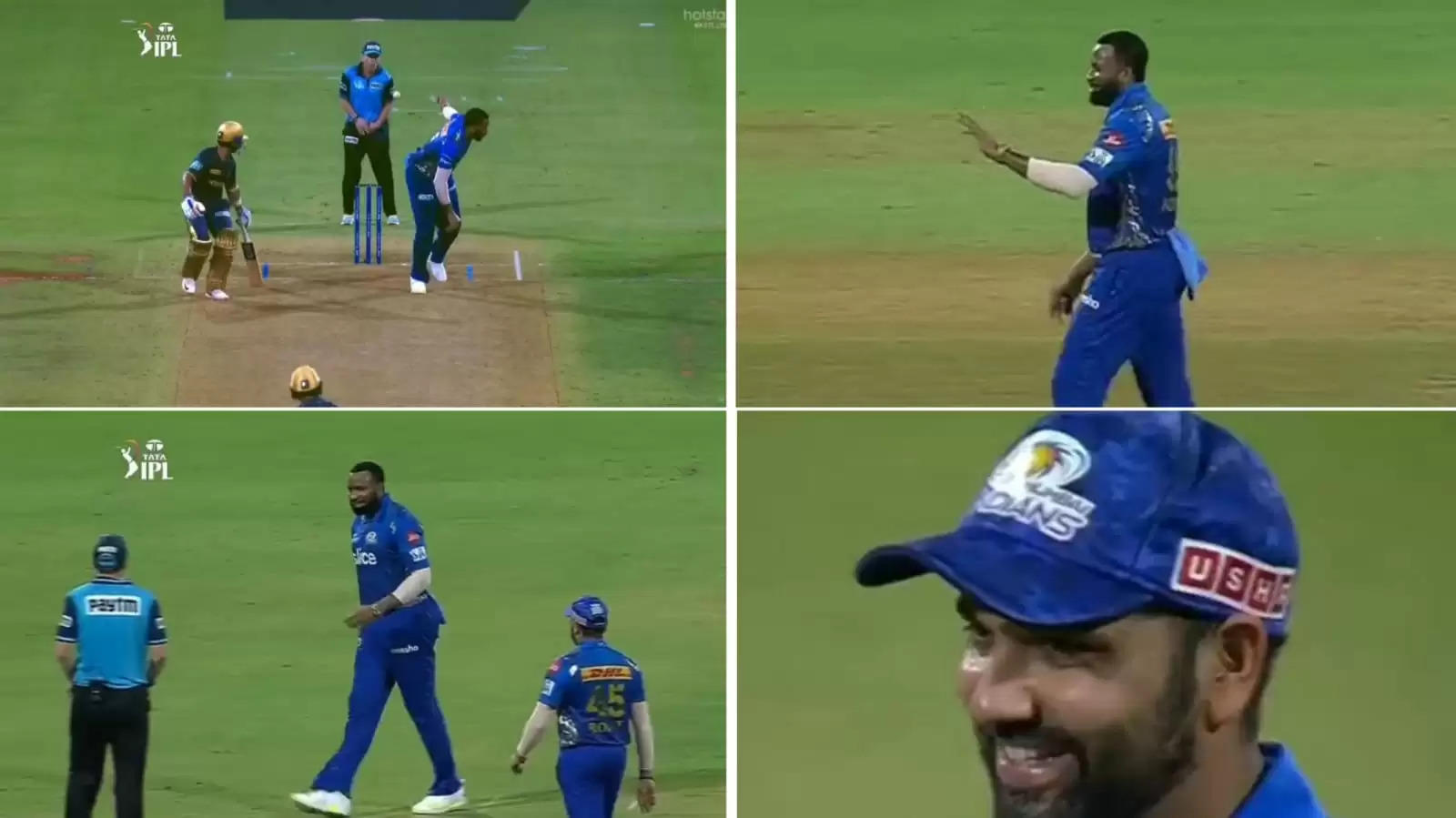 Kieron Pollard instantly apologised to Gaffaney, before the duo erupted in laughter for what had just happened.

Experienced Mumbai Indians (MI) allrounder Kieron Pollard was involved in a funny incident in his team's IPL 2022 league stage encounter on Monday (May 9) against the Kolkata Knight Riders (KKR).

Running into bowl, Pollard lost grip of the ball while going through his delivery stride and ended up unintentionally hitting the standing umpire. The ball flew off Pollard's bowling arm and thumped onto Chris Gaffaney.

Gaffaney wore a look of shock on his face as the ball hit his left-hand and bumped on his stomach, before unleashing a wry smile as he saw the funny side of a rarely witnessed mishap on the cricket field.

Bowling to KKR left-hander Nitish Rana, Kieron Pollard ran in from the around-the-wicket angle but could never complete his delivery. The ball instead hit the umpire after an unexpected error in the bowling's action.

The amusing little incident brought smiles on the faces of everyone watching. Gaffaney laughed at his own expense, before Pollard joined him. Having immediately apologised to the umpire for his mistake while carrying a big beaming smile on his face, Pollard also went upto Gaffaney and double-checked if he is alright.

The standing umpire, a former New Zealand cricketer himself, was quite relaxed about things and appreciated MI bowler for showing concern while erupting in laughter himself. Even MI skipper Rohit Sharma, who was fielding close to the playing deck, was seen smiling in the moment.

It was a much-welcomed lighter moment in an otherwise highly intense fixture in Mumbai, where KKR were playing their must-win game against the five-time winners, who, albeit out of the playoffs race, were desperate to pull one game their way.

The incident also cheered up Kieron Pollard, who has had a disastrous season with the bat in hand for MI, averaging only 14.33 with a pedestrian strike-rate of 109.32 for his 129 runs after ten innings in the lower middle-order. Pollard is a much, much better player than that.