Virat Kohli picked up a superb catch in RCB's league-stage encounter versus RR in IPL 2022.
By Kashish Chadha Wed, 27 Apr 2022 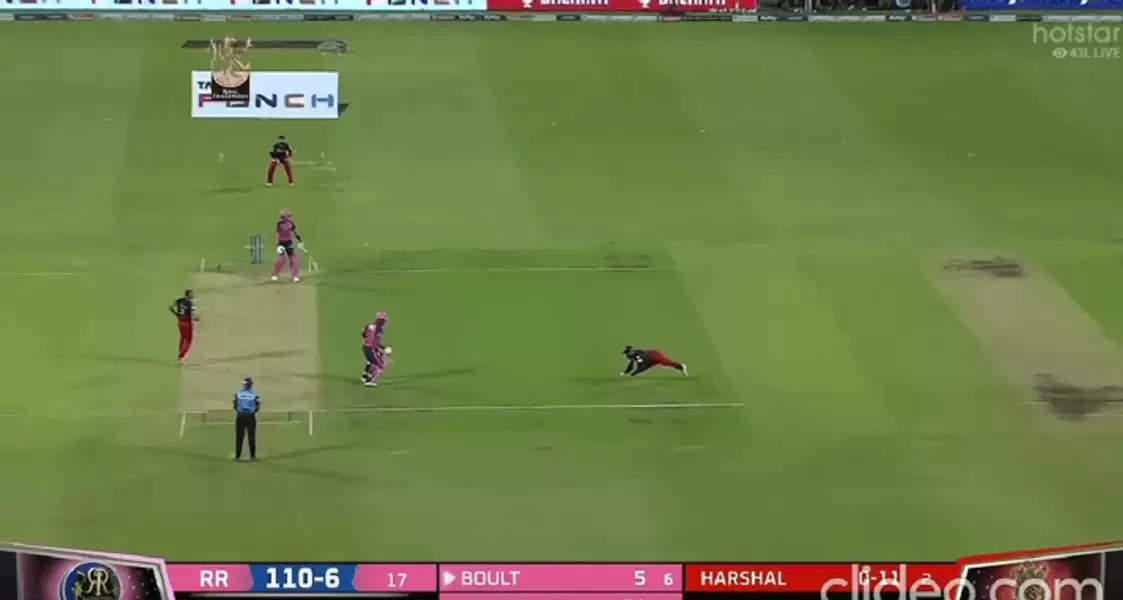 Contributing for RCB on the field, Virat Kohli came up with a brilliant reflex catch versus RR in IPL 2022.

Virat Kohli may not be in the pink of health with his batting but seems to be putting in the hard yards on the field, contributing regularly with some fine takes and boundary saves for the Royal Challengers Bangalore (RCB) in IPL 2022.

In one such instance on Tuesday (April 26), the great batter and super fit athlete took a superb diving catch at the short mid-wicket region in RCB's league-stage encounter against the Rajasthan Royals (RR).

The catch was for a miscued heave off the bat of RR's tailend batter Trent Boult, but the quality of the grab from Virat Kohli was fantastic as he dived to his left and snaffled it without much fuss. It was a reflex catch from the close-in fielder, one that reflected his solid game awareness and the quickness of his eyes.

Facing RCB seamer Harshal Patel's short-ball, Boult went attempted a swipe through the long-on region. But the lower-order batter's willow got twisted on the stroke and he could only mistime to Virat Kohli, who was placed as a short mid-wicket inside the circle.

But the force off the bat was still quite sharp and the ball raced to the left of Kohli, requiring him to make a reflex action to try and secure the catch and the wicket for his team. The ball was dipping onto the fielder but he made a superb dive to complete the grab.

Giving RR's lower-order no respite, Virat Kohli's catch and Boult's dismissal reduced the opposition to 110/7 at the start of the 18th over in an innings which never quite got going. RR kept losing wickets at regular intervals and finished with only 144/8 in their 20 overs.

Kohli would be relieved to be contributing on the field for RCB, as his returns with the bat for the franchise haven't been good enough in the tournament so far. The right-hander has struck only 119 runs from his 8 innings, averaging just 19 with a strike-rate of 122.68.