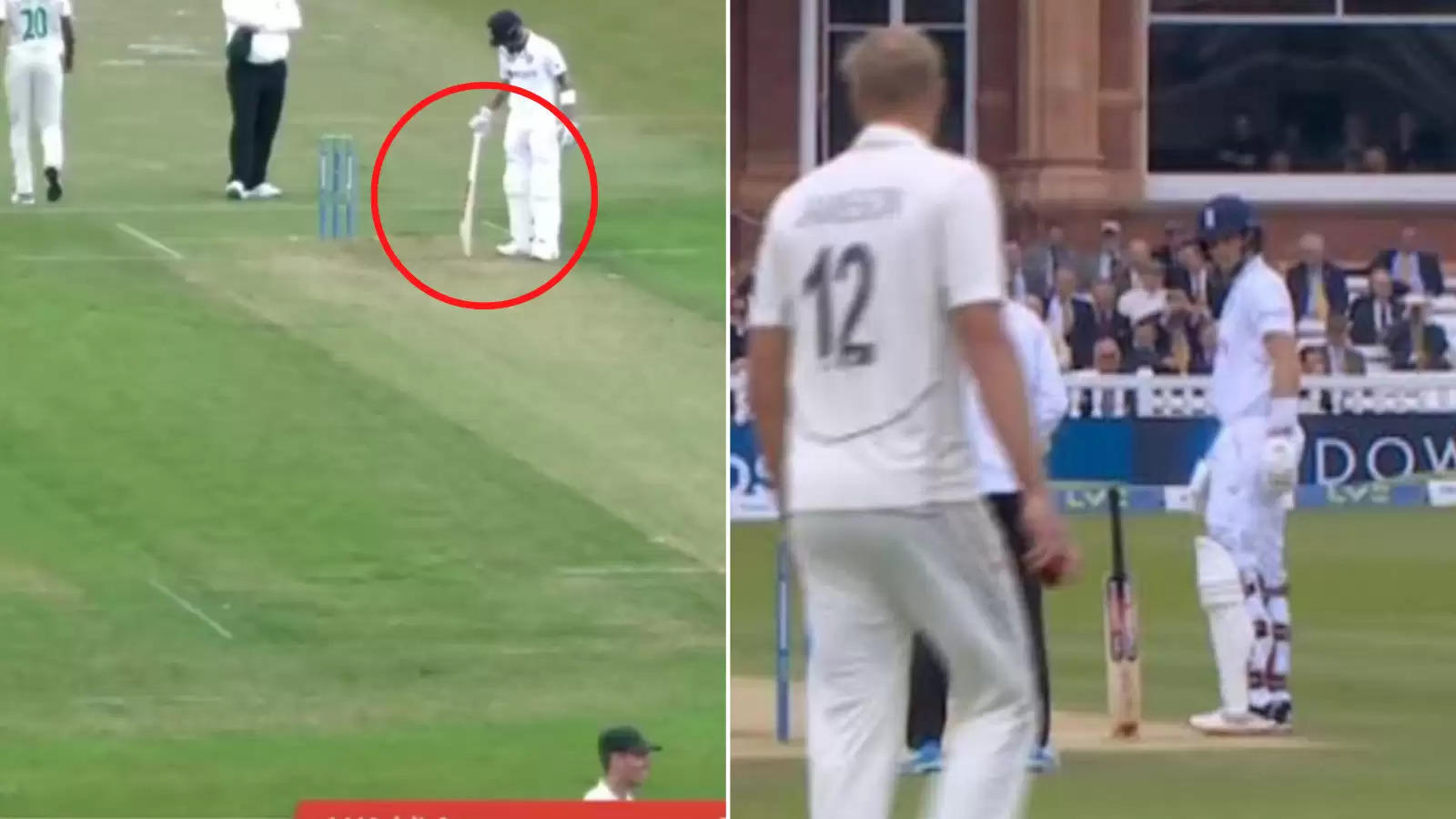 In a funny incident on Thursday (June 23), former India skipper Virat Kohli tried to replicate England batter Joe Root's bat-stand trick during the opening day of the warm-up game against Leicestershire but failed.

Standing at the non-striker's end, Kohli moved his bat across to his left-hand side and tried to make it stand on its own without any support, just as Root did.

But the Indian batting great quickly realised the mysterious nature of what Root achieved when his willow fell immediately back into his hands.

It was hilarious seeing Virat Kohli offer a sheepish smile on his face after the bat fell, recognising he had failed in his attempt to do a 'Joe Root'.

The funny little incident is from quite early into Kohli's innings at the Grace Road. Virat Kohli turned the strike over to India's premier allrounder Ravindra Jadeja and stood at the over-the-wicket angle for the right-arm quick.

While Jadeja was getting into his stance, Kohli suddenly decided to take his bat out and tried a funny trick which Root curiously nailed during the first Test of the ongoing series against New Zealand at Lord's recently.

But unlike his batting counterpart from England, Kohli failed at his attempt and couldn't help but come up with an apologetic grin to himself and those watching the game at the ground.

After Joe roots magic which was seen on the pitch by balancing the bat @imVkohli trying the same 😂 pic.twitter.com/TUZpAUJSA1

On a batting day that didn't go as per plans for the Indians, Virat Kohli had to walk into bat at 50 for 2, which quickly turned into 55 for 4. The modern-day legend spent some invaluable time in the middle ahead of the Edgbaston Test versus England, scoring 33 off 69 balls before getting out LBW off Roman Walker.

Before this innings, Kohli's last outing in red-ball cricket came in March when he turned up against a visiting Sri Lankan side in India. The batter would be hoping to get one more knock under his belt versus Leicester ahead of the much-anticipated Test match in Birmingham, starting July 1.